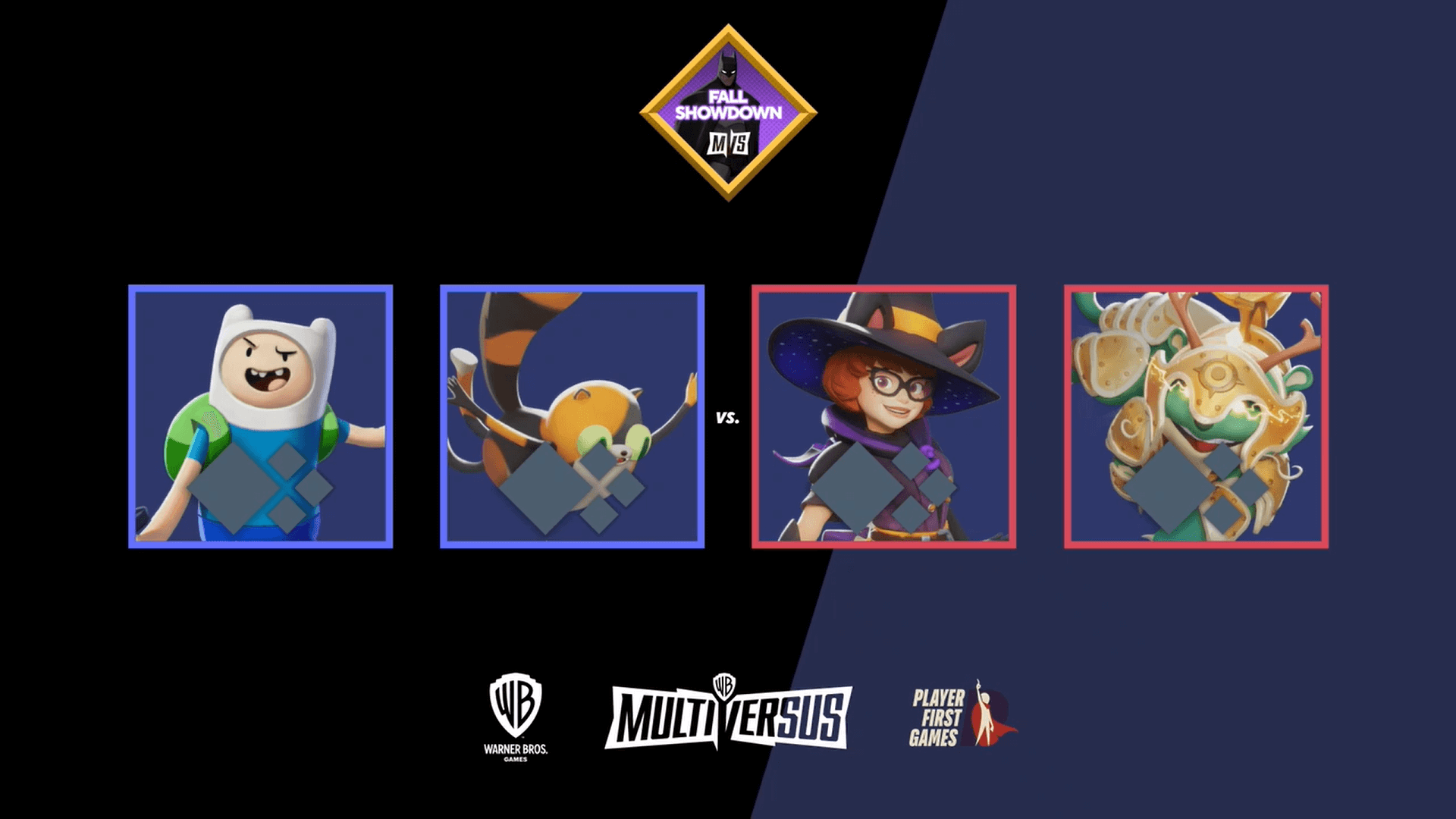 Pic Source: MultiVersus on Twitch
#News
It’s another event of this big official league. And it’s the first such tournament in Europe

The presence of MultiVersus in the competitive dimension of the platformer-fighting games strengthens significantly — and the Fall Showdown league really helps it have this boost.

Fall Showdown started on October 15 with tournaments in North America. On October 22, we had an event in Europe.

Platformer fighting games players are certainly interested in this new title. There were 143 registered teams for the competition. Let’s enjoy the matches!

Psycoquaxe and MakMat had a difficult Semi-Final against oGsan and Atsuii — they were in a 0:2 situation but then won three games in a row to proceed to the Winners Final.

The main opponents for the Psycoquaxe / MakMat team were Rizzking and SJP192. Their first match, the Winners Final, was back and forth. Psycoquaxe and MakMat won only in the very last game. In the Grand Final, they got a more confident victory — 3:1 and Psycoquaxe / MakMat are the winners of MultiVersus Fall Showdown Europe Open #1. Congratulations!

The second MultiVersus Fall Showdown qualifier in Europe happens on November 5-6. The Final event is planned for November 20.

Meanwhile, the game grows bigger — MultiVersus gets an Arcade mode and a new character, Black Adam.