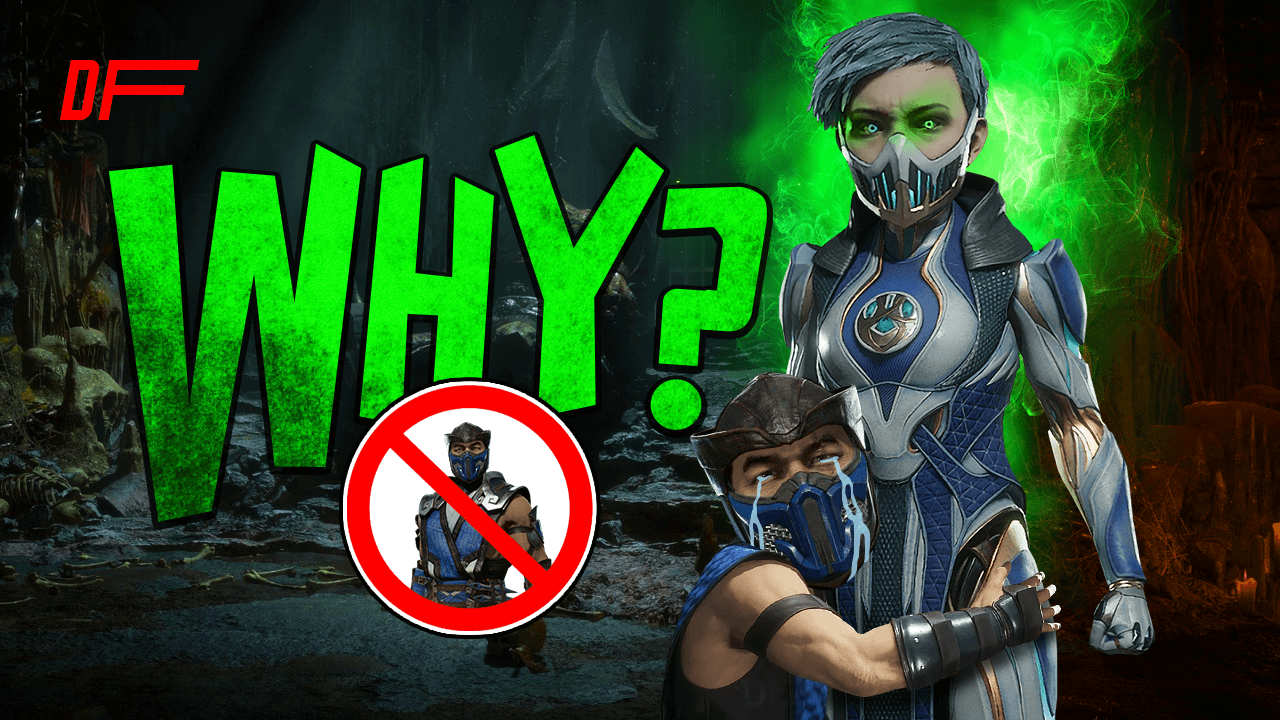 Ever wanted to know exactly why these two Lin Kuei warriors hate each other so much? Well, we have the answers right here.

But today, we will tell you the story of Frost, a member of the Lin Kuei clan that betrayed Sub-Zero’s trust and potentially brought about the end of the entire Clan. Given the nature of the multiple timelines in the Mortal Kombat franchise, we will tell you the three different storylines Frost to part in.

Frost’s story starts many years ago when she was just an apprentice under Sub-Zero. She showed great potential and was very keen on improving and becoming better than Sub-Zero. This didn’t go unnoticed, and all thought, she kept suspicions low by staying under the shadow of her master. Eventually, she would make her desires for power known. After returning from Earthrealm, she attacked Sub Zero taking the Dragon Medallion for herself and becoming the Grandmaster of the Lin Kuei. Unfortunately, she still had a lot to learn, and The Medallion was way too powerful for her to control. Moments after grabbing it and attempting to use the power of the Dragon Medallion, she turned into ice.

Meanwhile, in another timeline, Frost betrays Sub-Zero and the Lin Kuei much earlier in the story, meaning that she never gets a hold of The Medallion; still, she wants to rule over the entirety of the Clan. Initially, she goes to the Lin Kuei Temple to find Sub-Zero and kill him, but she loses it, becoming delirious, and goes on a rampage against the entire Clan. Once Sub-Zero arrives and sees the absolute massacre that Frost is responsible for, he fights her and wins, putting her in a frozen block until he could figure out a way to help her regain her senses.

In the most recent timeline, Frost feels betrayed because Sub-Zero wants to make peace with Scorpion over the atrocities committed by the Lin Kuei against Shirai Ryu. She tries to kill Sub-Zero while he’s meeting with Scorpion, but she is quickly defeated, encased in ice once again. From here on out, Scorpion and Sub-Zero would work together to defeat Sektor, who was the master of the Cybernized ninjas that have taken over the Lin Kuei and the remaining Shirai Ryu members.

Kronika would offer Frost the possibility of becoming the leader of the now’s Cybernized Lin Kuei. To do this, the only thing Frost had to promise Kronika was that she would kill Sub-Zero, something that I think we can all agree she was going to try anyway. As expected, she would not be able to kill Sub-Zero. This time, Raiden would defeat Frost and then severed the connection between her and the rest of the Cybernized Lin Kuei, ending her control over them.

And that is how things stand so far between Frost and her master, Sub-Zero.