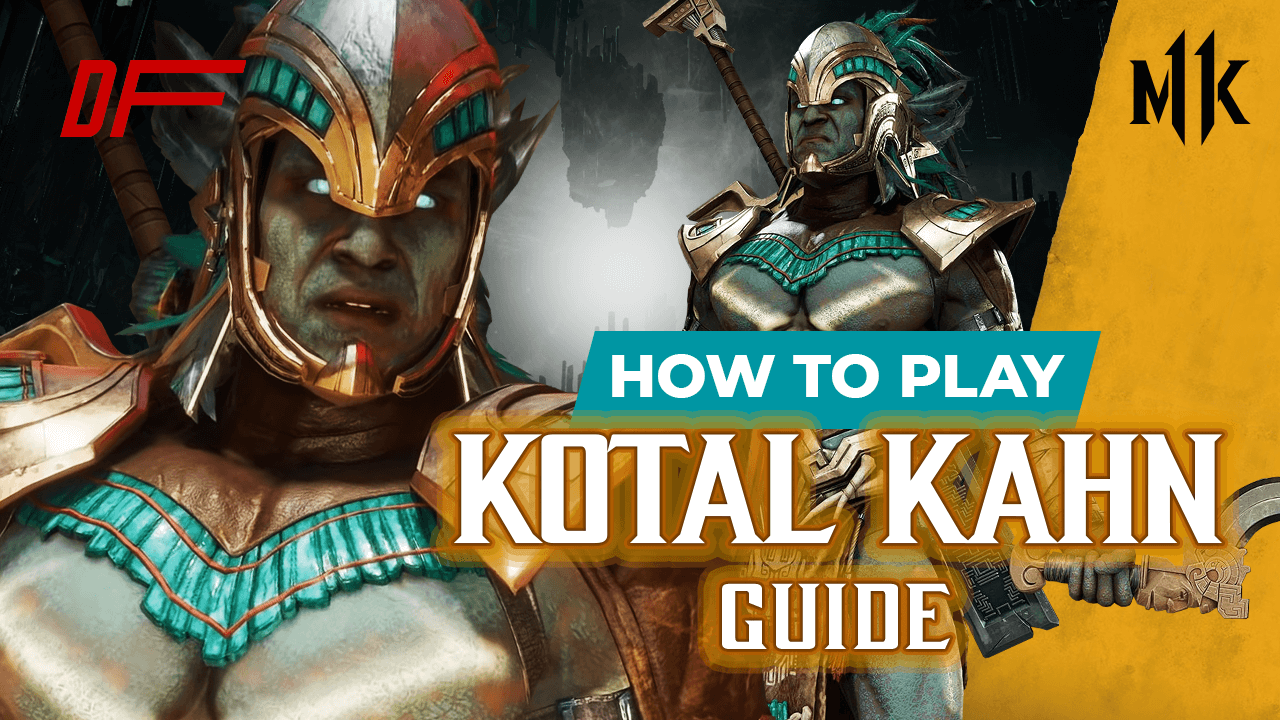 #Guide#Video
Praise the sun! Get all the info you need about good ol Kotal Kahn

Kotal Kahn is one of those characters that deals a lot of damage when facing up against an opponent. He is also a character that you might see too much of as he isn't in the S-tier of MK characters like Cetrion, Liu Kang and so on. But, when put in the right hands, he can be a straight-up nightmare and is capable of some incredible things. To help our dear readers and fans understand the optimal way to play Kotal Kahn, we have enlisted the help of Aztec. Aztec is a phenomenal player who has some pretty impressive tournament showings under his belt including Mortal Kombat 11 Throwdown and Monday Night Meta where he took 1st place. Besides, Aztec also plays Tekken 7 on a professional level, so he has the versatility which gives him keen insights into fighting games. 11

Wondering about the best moves Kotal Kahn has at his disposal? Aztec takes us through his best buttons one by one, and we get a clear understanding as to which situations are best suited and so on.

Kotal Kahn has a few kustom variations all of which are useful in some form or the other. That said, with Kotal it is all about the match-up. For some characters like Jade or Frost, playing lame is probably the best way to go. Below are some of the kustom variation options you could go for to get the best out of the Osh-Tekk warrior.

Kotal Kahn is all about whiff punishing, and this means you have to always be on the lookout for when your opponent messes up. Thanks to a fantastic wave dash, Kotal doesn't have a problem getting into the opponent's face, which then opens them up to a world of hurt so you can use this to your advantage. With this in mind, careful spacing is a staple of Kotal Kahn's game, and with F2, you are sure you can close the gap when necessary.

Also, you can scare your opponent with the command grab. When you get close and execute a successful grab, it has them looking out for it, which means you can go to town with some of your other buttons. You should also consider the match-up to see if you might need to change your style while fighting.

Kotal Kahn is a great character and many professionals that use him are formidable foes that are difficult to go up against. However, he is not without weaknesses. Kotal Kahn's great strength is that he can capitalize on almost any mistake from the opponent, however, this also means that Kotal is an anticipatory character who relies on the actions of his opponents to plot his next moves. His slow attack startup is also another problem because he is stuck in the mid-range waiting for a slip-up and is less likely to get into the opponent's face except to tick throw. What this means for Kotal is that he might have a bit of a problem against faster and more aggressive-styled fighters who will take advantage of his slow combo startups.

So, we hope the above guide has given you some insight into using Kotal Kahn. He is a strong character with one heck of a command grab along with a slew of tools to really cause the opponent to respect him. Whether you are new to the character or are already a veteran, there are probably a few things here you could find useful for the next time you go online or when you're playing with your friends. As for us over here, check out the site for more guides (both video and text), and don't forget to follow us on Twitter and Facebook.