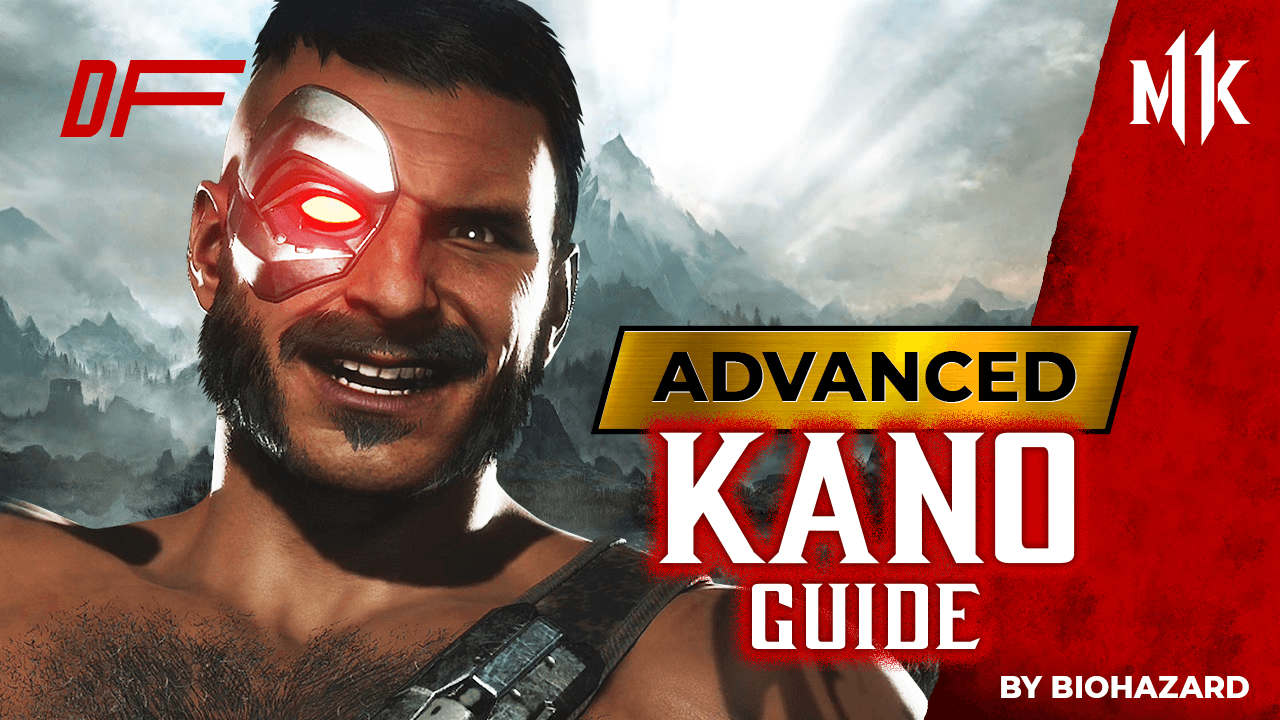 #Guide#Video
There is no other fighter like it, This vegemite eating, Aussie talking, acid spitting, crazy mercenary deserved a deeper.

You can never know too much. Well, maybe Kano would disagree with that. But in this guide coming straight from top player Biohazard, you will learn how to properly execute some advanced level combos from the Australian mercenary to be able to catch your opponents off-guard. If you haven't already, you should look at Rewind's basics guide of Kano to have the fundamentals. For best results, go ahead and watch the full guide by Biohazard, and know that you can always get a quick refresher here.

Vegemite is a very quick buff that gives Kano an armored Kano ball that does more damage and is faster. It also allows Kano to use a rising Kano ball that deals even more damage. It is also worth noting that some of your moves will enable you to trigger the Vegemite Buff after getting a hit confirm, so you can safely activate it and still get the added damage into your string.

Vegemite also gives Kano a lot of mixup potential with a powerful overhead and low starting string with launch. The buff also gives Kano armor, allowing him to ignore projectile in, for example, his Kano ball attack. This makes it a great tool to cut down distances and get right in the face of opponents who would rather control the space.

It's worth noting that although you can always cancel out of a string into Vegemite, there is a timing variance, meaning some might be punishable. Can run through the various buttons to see which are best in what situations.

Vegemite on its own is not a great combo tool, but when used with something like Manhandled, it can put a lot of damage on the table. So, to unlock its full potential, let's see what you can do with Manhandled.

This move gives Kano an extended string in 2, 2, 1+3, a launcher, and a Krushing Blow off his overhead. Basically, it's a pretty good custom move to have in your variation. On top of all that, Manhandled's best use comes in the corners, where it can serve as a great jump back to continue pressure from there. All these combine to give you the following combos:

a Lot of Kano's moves rely on hitting big meaty attacks. This means that often missing them will carry on a lot of repercussions. Both Vegemite and Manhandled will give you many extra tools to be even more impactful in your matches by opening the door for mixups, overheads, and more.