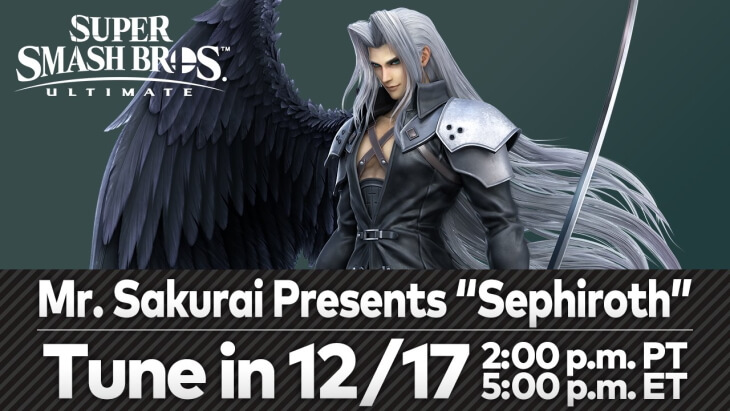 Nintendo's announcement of Sephiroth earlier this week at the Game Awards came as a massive surprise for everyone. Loyal fans of the Final Fantasy franchise immediately recognized the iconic theme of the villain as seen in the plethora of reaction videos posted within hours of the trailer going live.

Coming this Thursday 17th at 2PM PT (5PM EST) is a presentation by the game's director Masahiro Sakurai. Much like the others, he will go over the details of how the character is played and what his new stage will look and feel like when Sephiroth releases later this month. In that presentation, he will also announce the release date. You can watch the event on Nintendo's youtube channel.