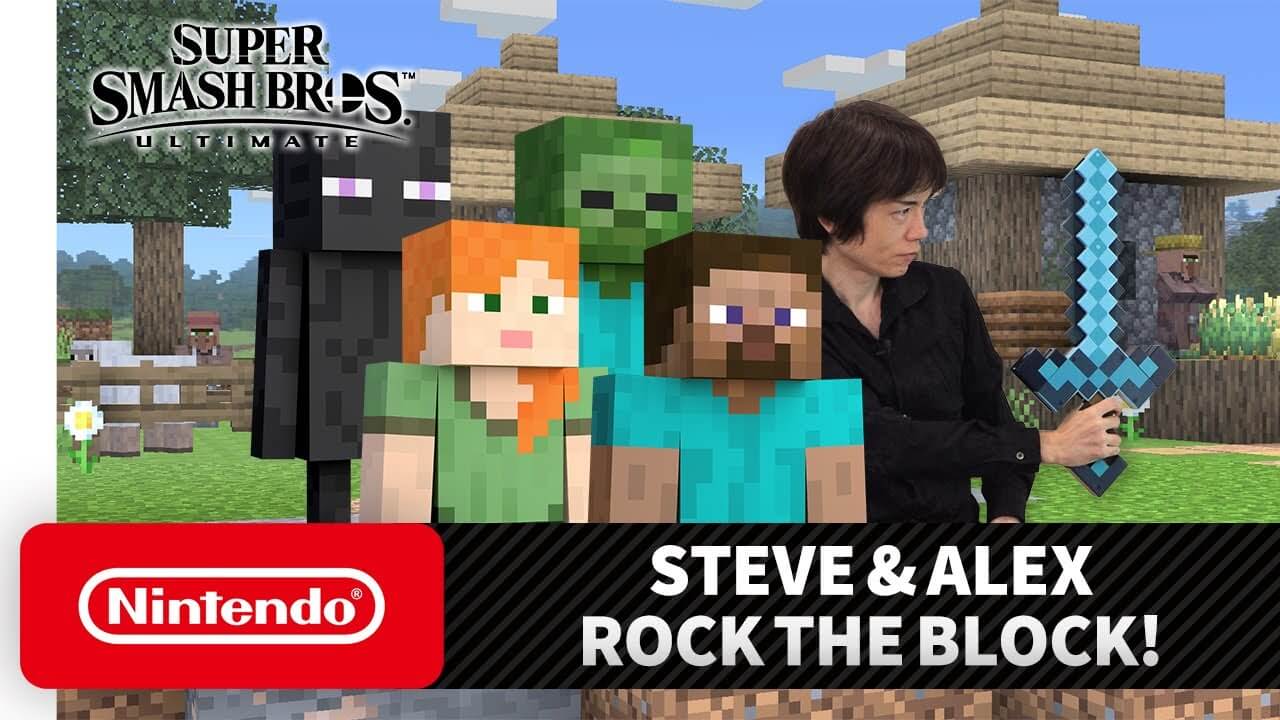 Nintendo
#News
In an interview with Japanese magazine Famitsu, Smash Bros director gave us some insight into the blocky character development

Famitsu, a Japanese magazine, published a short interview with Smash Bros. director Masahiro Sakurai for their 615th issues. In it, he talked about some of the challenges that the development team had to face when creating a character as complex as Steve. PushDustIn and Sephazon both took the time to translate snippets from the featured interview.

Coming up With the Character Conceptually

Sakurai and the development team had a hard time balancing the new character from the onset. The team wanted to strike a good balance not only in terms of competitive integrity but also with how true to the original game it should be. Sakurai said that the more they pushed for an original approach the harder it would be for new players to learn the character's abilities. Although he does say that many of the ideas that eventually became part of Steve were easy to come by, it was the implementations of them that resulted in quite a bit of headache.

Nevertheless, there was a handful of cut content. Starting with songs that were either not brought into the game or cut mid-arrangement. Sakurai stated that there were "various circumstances" that prevented them from using the original soundtrack. The community had theorized in the past that the reason some classic Minecraft tracks were missing from the DLC was due to licensing disagreements with the original composer, Daniel "C-418" Rosenfeld. This statement would seem to at the very least not deny that possibility.

Another piece of cut content, or at least a potential piece of content that was cut early in the development, was the ability for players to create stages. In the end, Sakurai decided that the feature would be "impossible". Though thankfully fans can still enjoy the different biomes.

Working with Microsoft and Covid Restrictions

One more detail that Sakurai said in that column for Famitsu is that it was Nintendo who approached Microsoft to develop Steve and not the other way around. And that Microsoft was, as expected, very happy to work with them and collaborate in the development process. Sakurai also remarks that this was the first time the team had been working on a character completely under Covid restrictions. Which would mean they were able to create Steve in under a year!

If you want to read the exact snippets as translated by the community, you can check out part one, by PushDustIn. And part two, by Sephazon. For more news on Super Smash Bros Ultimate and Fighting games, you can follow us on Facebook and Twitter or join our special Discord server to meet other players from the fighting games community.