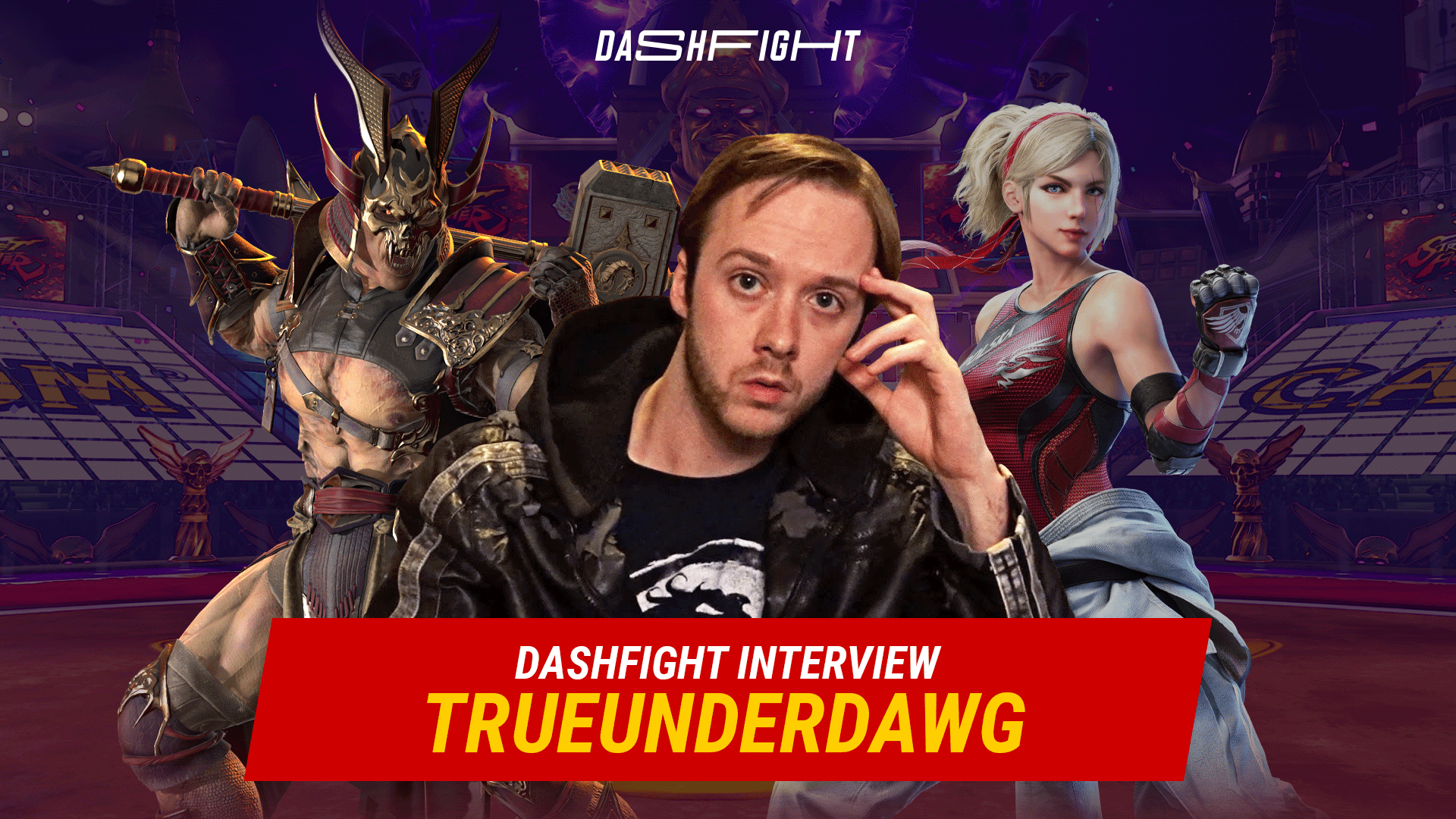 A short view into the history and process of one of FGC's longest running creators as he approaches a decade of work!

TrueUnderdawg has been creating high-quality guides, news, and opinion pieces on his youtube channel for nearly a decade now. For many, he is an entry point to the broader Fighting Games community, and for even more, he is a source of endless entertainment. Although perhaps best known for his NetherRealm Studio title coverage, he is versed in various FGC titles and their respective communities.

– The following interview has been edited for readability & compactness, originally conducted via Voice call on March 18th, 2022 –

How did you get started with Fighting games?

I started playing them at a really young age, but like all kids, I was just a button masher. I then stopped playing them for a while only to return later with the MK reboot in 2011. I saw combos that thought weren’t even possible on youtube. That was the starting point of my FGC discovery.

Seeing the depth of Fighting games, and how much these players were practicing and improving for tournaments was an eye-opener for me. All these characters suddenly had much more interesting movesets than I could've imagined. Now it's even more true since constant updates with balance changes and new content keep bringing new ideas in. Like with Street Fighter V and their latest update, which expanded combos for almost every character, almost like a whole new game.

At which point, did you think “this is something that I want to share with other people”?

I was definitely inspired by other creators before me. back then there weren’t nearly as many as there are now, mainly because of how niche the FGC was. I was surprised when I realized that being a Youtuber was something you could be paid for!

What made me really go for it was the fact that I always ran up against a wall when it came to terms and concepts in the FGC, so those were the ones I researched the most, and eventually became the main identity of my channel.

The Most Unappreciated Character NetherRealm has Ever Made!

Did you know back when you started that you would be doing this for close to a decade?

Whenever I start something I really dive into it, so I was ready for the long game, but even then I was thinking that it would have been nice to start with something already built. The funny thing is that at the time I thought 20k subscribers would have been a nice base, but looking back at that now that I have over 300k is funny.

Having a script was the most important part. Starting out it was crazy to think thousands of people would be listening in on what I was saying so that easily leads to stage fright if you try to do it live. Using a script made it much easier to just re-read the lines whenever I wanted. I started out with like, two-page scripts and over time, as making videos became more natural, I ended up ditching that entirely and moving on to just the thoughts in my head.

Even today, when people ask me how to get started I tell them to write things down and re-do recordings so it comes out great, but when they ask me how do I make so many videos and the truth is that I’ve gotten good at it and can just sit and speak my mind on it without to much hassle.

What aspect of Fighting Games do you think players should focus more on to improve?

Hit confirms and plays out the neutral. A lot of players fall victim to just throwing specials. Which, fair, they are cool looking most of the time. But there is a lot to be gained by looking at the frame data of the normal moves to know when something is safe or not, when is your turn or not, and all that.

Thoughts on the information revolution and the FGC renaissance?

Information on FG titles is way better now. You can look up the frame data for characters, or their combos, anything. The only downside is that the FGC became a lot more mainstream in recent years, leading to a bit of a defeatist mentality for some.

Nowadays all characters have to be viable, whereas before if you complain that you lost because your character was bad, then it was just your fault, you picked it. but now powerful moves are called dishonorable or unbalanced when they were just tough to deal with.

Most of the time is not really anything on the game side and is entirely on the playerbase. Not every move that doesn’t have a direct solution means it's overpowered, it likely only needs more exploration to figure out how to beat it.

That was actually my first Evo and I’ve only been to two other majors since. I was close to getting out of pools thought! It was unfortunate because I thought I did since someone gave me a wristband that said I did but then it turned out I didn’t.

Evo was an interesting experience. Lots of players were there to win it and had their entourage with them that like, hyped them up in matches, but you would ask them if it was their first tournament or one of the first. I think because the event is so mainstream people just show up but obviously, it's also the hardest to win.

It was also, at least in 2019, kind of badly managed. I remember waiting in line for the metal detector at the entrance and seeing people jump over the barriers to cut in line. I knew from other Yotubebrs that it was a usual occurrence, but it's funny seeing it live. Now that Sony owns it thought, it's gonna be interesting to see if things change. Combobreak is actually a more enjoyable event in my opinion though, that said, Las Vegas is really fun.

Competing in person vs online ladder

For me personally, in-person events take away a lot of the tilting or at least make it much harder to tilt in the moment. Whether at an arcade, Evo, or Combobreaker it was impossible for me to get salty or angry. If I did it was hard to lash out of sorts, because the other person is right there.

Funny story, one time I was in a Tekken 7 bracket and I had a Bryan player against the wall as ana, he was constantly panicking at my command grabs. I was close to winning but then he got a nice combo off and did like 60% damage to me and KOed me right there. It was a pretty exciting match for both of us.

Contrast that with most online experiences and is night and day. Because you can’t see or vibe off the person next to you instantly default to thinking all players o the same character are the same person and they all do the same move. It ends up stressing me out too.

I think it's almost a universal thing too since you see so many pro players be all friendly and cool in person at events and then they go off in their streams when there is a frustrating matchup, even if it's the same game and matchup.

What do you do if you get frustrated?

The quickest thing for me is to hope for some light work, like editing. That helps get my mind off things. If I just plain don’t want to play a fighting game on any given day, then I get together with friends and play some football with the guys.

In the end, if it's late and I just want to chill, I just get a bit of a buzz going and play some fall guys or some other silly games with friends and just have a good time. I actually started playing Horizon Forbidden West, which has actually been a stressful experience with how powerful the enemies are.

For fighting games, in particular, I don’t tend to like switching characters. Since, if I know it's a skill issue, and I just need more practice, it just motivates me to keep grinding out the character.

Any parting words for Dashfight’s readers?

A lot of people ask me how I don’t get angry playing so much. The reality is that I don’t because I often play with friends over strangers. You will enjoy Fighting games by getting a couple of guys together in a private lobby and just going at each other than spending the same time matching up over and over online.

Obviously, that is not something you can always do, but it's something you should be trying to do if you end up getting frustrated at online lobbies. Playing with the same group is just a different, often more enjoyable, experience as a whole.