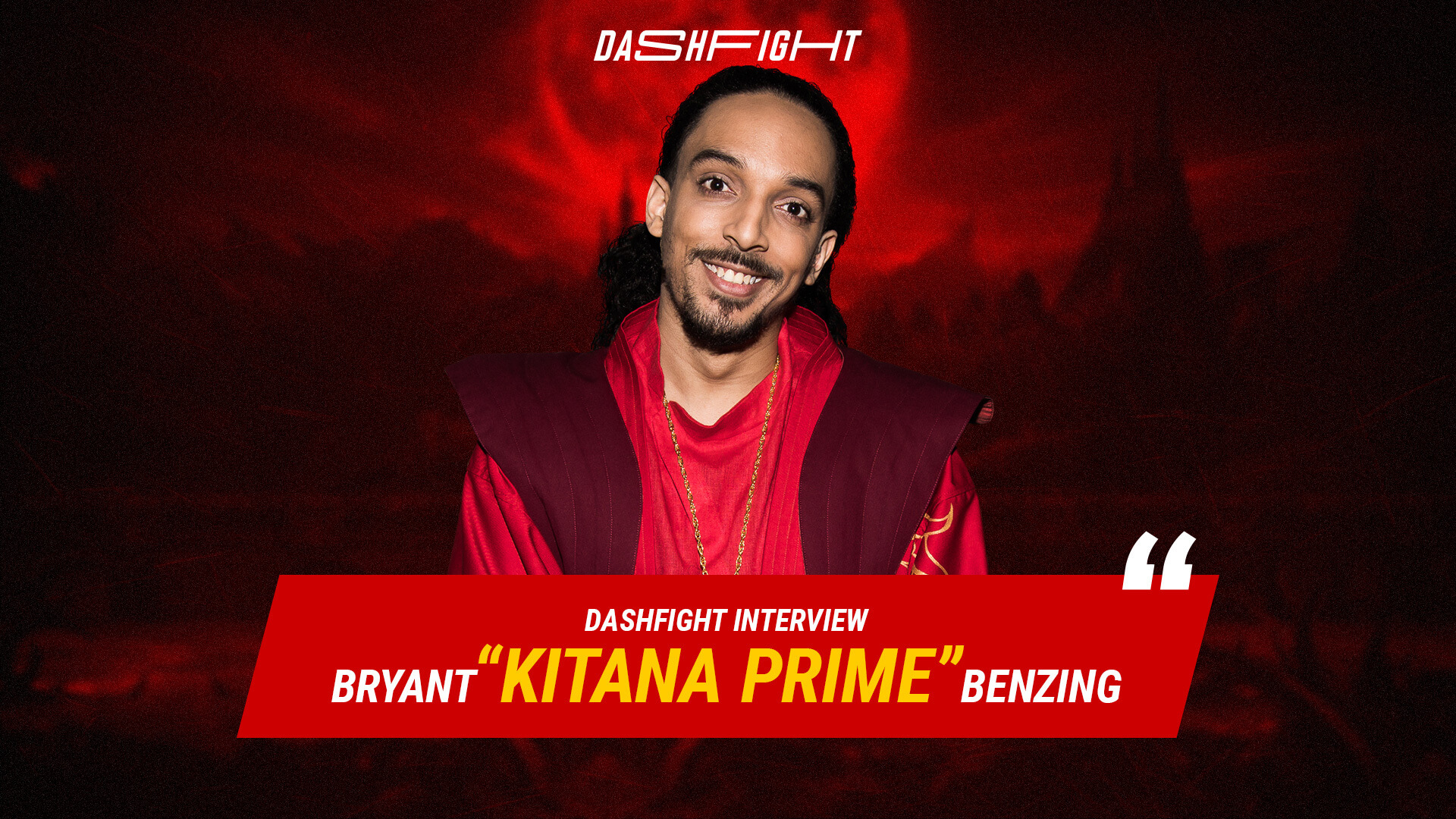 #Interview
Truly a lengendary figure in esport, and soon be father! He has taken the time to tell us about his career in the world of fighting games.

To say that Kitana Prime is an iconic figure around the NRS community is to sell him short. He not only competes at the very top of the scene, but he is also an excellent caster and host. At his most recent appearance in the WePlay Dragon Temple, he took the host and analyst role and did so wonderfully. He is considered one of the pillars of the community. We reached out to him over the holiday season to talk with him about the FGC as a whole and what it means to be a cornerstone of this community.

What led you to develop a career in the fighting games community?

I've always had a love for fighting games, picking them up as a child. Really simple. One health bar here, one health bar there. Deplete your opponents', and you win. On the surface, simple. Coupled with cool characters and movesets, fighters were always one of the single most satisfying experiences just mashing about. Once I found out how complex they actually were...that satisfaction increased tenfold and never slowed down.

You've likely met a lot of people at events, how many anecdotes do you have at this point?

I have SO many stories I can tell, there would be far too much text here. If you ever meet me at an event, it's likely I'll tell one at some point. Just know the best part of traveling for events is the time spent outside of the actual bracket. Wonderful, wonderful times.

What do you feel are the main differences between esports and traditional sports?

The difference between fighting games and traditional sports only has one glaring (albeit massive) difference - the need for professional-level physical/athletic prowess. Fighting games (and gaming in general) is the marriage of brainpower and execution mostly through your hands/arms. In order to be top-level in a field that is open to literally anyone with the ability to wield the legal controller of their choice, it takes thousands of hours of practice, extreme mental discipline, knowing the game's mechanics inside and out, a dedication to understanding your opponents' options and tendencies, alongside many other traits that differ from game to game. All on the fly, all constantly refreshing with each passing second. There's so much more to reflect on here, but I'll just leave it to the performance portion for now.

Fighting games are without a doubt vital to esports, yet not as mainstream as their contemporaries, why do you think that is?

A challenge I see in the fighting game esports is selling the product to the traditional esports fan. Very rare do popular esports games celebrate the individual 1on1 competition. Most titles are heavily focused on the team aspect, and with fighting games, comes an entirely new (although the original) truly competitively designed format. The storytelling, the rivalries, all the base things are there and easy to digest - however, understanding fighting games on a level deeper than "oh, just mash all the buttons" is hard to translate to the greater casual fan base, who have no idea how deep these games truly are.

Do you think there is enough talent coming into the scene right now to keep the level of play high?

It is not a problem with the FGC. Because of the FGCs nature of open events forever, there are ALWAYS new threats showing up and doing damage with each new release, and then in the subsequent years to follow. That rotation of talent, alongside the mainstay top-tier players definitely is a healthy mix in my opinion.

Do you think we are looking at the Golden Age of the FGC?

I think we're in it. With the highest amount of playable/likable/quality titles available for players to choose from, to the rising above grassroots levels to big production while still trying to keep the heart of the FGC alive timeline were currently in...I'd say we're living in it. This entire 'transition' period counts for me. What comes after maybe the true 'golden era', but these are just buzzwords for me, I'm just happy to be here for it.

Do you feel challenged to keep up with the changing landscape of the scene?

I've never really felt challenged to stay up to trends. I'm a 32-year-old man, I do what I want, play what I want, follow what I want. I let the kids who make things cool and trendy do that and stay in my old man lane . I'm just here to help people find their groove and grow the scene, same as the day I walked in.

How do you prepare for the tournaments as a commentator?

I remind myself of everything I've done to get here. The performances of before. The fans who rock with me. Finally, I remind myself of the responsibility I carry. A commentator is the only one who can take a bad match and carry it to fun/entertaining, and on the other flip of the coin, take a classic match and drag it down into unbearable territory.

I loosely follow fighting events, and they're the closest thing to the FGC. One on one, a lot of charisma, investment from the fans, the match-ups, the works. All of it. I don't know how willing those kinds of viewers will translate, but I think its more of showing them visibility to what's happening in the FGC. A lot of people simply don't know, and once they tune in, they're usually hooked. There's a lot of fans of combat sports within the FGC, you'd be surprised.

What advice would you give players that are looking to pick up a fighting game?

Advice for someone getting into fighting games? Have resolve. You're gonna lose, a lot. Is it the way to get better. You study, you learn, you develop the different skills, you apply. Never be afraid to listen to someone trying to help. Also, move at your own pace. There is no clock for when you're supposed to ascend to certain levels. It's not the same for everyone. If you're learning and progressing, that's all that matters. Make sure you do so efficiently with your time as you play with a focus. Playing a lot with no focus will hinder you.