How to Play Against Rambo Guide by Rambo Lloyd 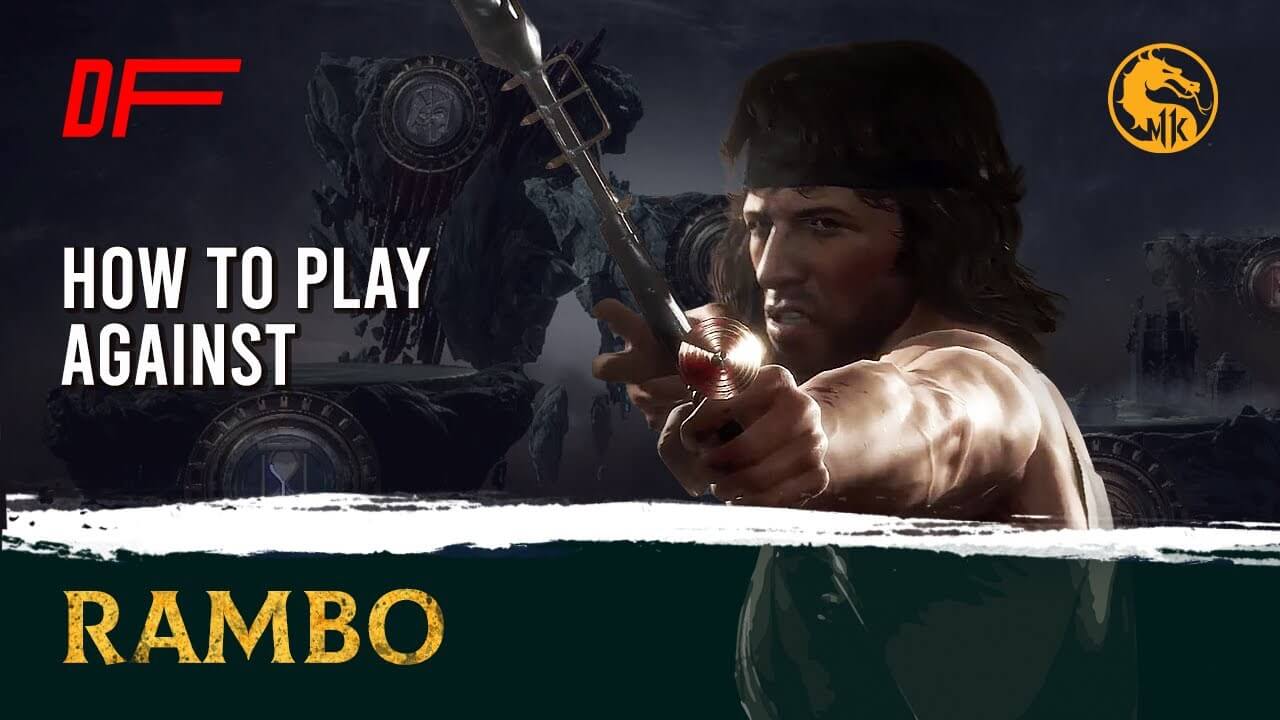 The mission is over, Rambo.

John Rambo, the classic action hero than many of us grew up with. In Mortal Kombat 11 he's one of the several guest characters, sharing his company with other legends like RoboCop and the Terminator. Despite his over the top domination in the movies, Rambo is widely considered as one of the worst characters in the game. However, that doesn't mean you can slack off, it's time to learn how to properly fight this special forces killing machine!

Who is better to aid us in this than Dylan LLoyd a.k.a. Rambo Lloyd himself. As you can tell by the name, he's quite a fan of the character, and one of if not the best Rambo player in the world!

How to Play Against RAMBO guide by [ Rambo Lloyd ] | MK11 | DashFight

Rambo is a relatively well-rounded character with a kit more suited towards defense than offense. This gives him a certain strength as it allows the Rambo players to maintain the life lead in a game where explosive comebacks are extremely common. His Claymore and Whip Trap specials are some of the best tools for keeping opponents out and harassing them at range.

Let's go over some of his best normals:

While having 4 mids is pretty good, one of Rambo's weak points is not having a faster, i9 mid.

Some of the best Rambo variations are Claymore and Shoulder Roll. From a defensive standpoint, Rambo can put down the claymore, then back away and control the neutral with the bow or Whip Trap specials. This makes it challenging for opponents to advance on you, and if they forget about the Shoulder Roll, you can surprise them and suddenly get in their face. One example of that is rolling in, then canceling and doing Rambo's d3 with a potential f3 follow-up.

Another common variation is the Leopard Krawl. Krawl allows you to mix things up in close range, as you can suddenly go into a crawl and access several good options like the grab, a stabbing attack, or a parry. You also cancel it with 4. This variation eliminates Shoulder Roll but allows you to focus more on offense and makes Rambo more viable at close range.

One of the reasons his Claymore variation is so good is that it can be used offensively and defensively. When you have the opponent in the corner, you can create devastating setups that will eat away at your opponent's lifebar if they don't guess correctly. For starters, you can execute one of Rambo's basic strings like 1,2, 1,2,1, b2,1, and b3. After that, you can plant the claymore, which is unblockable. Doing this will grant you a launch and give you insane momentum with the Commando restand, which leaves you at a massive frame advantage.

If Rambo puts you in this sort of loop, you can get out of it by waking up with forward advancing buttons.

Now let's take a look at why Rambo is one of if not the weakest characters in the game.

As we just mentioned, Shoulder Roll can be punished by doing d1. Jade doesn't even need to bother with that. Instead, she can spam her Edenian Spark projectile, which travels low to the ground. Now you have to jump over it, and Jade can throw out an Air Razorang to catch that too.

Picking Jade is your best pick against Rambo due to her great frames and strings. If you can flawless block any of Rambo's strings, you can also immediately hurt him a lot with a b3 punish. Jade is the ultimate counter-pick due to being able to exploit Rambo's every weakness.

Rambo is a well-rounded character with excellent zoning and a unique ability to preserve life lead. Still, you have to keep in mind that his zoning is very range dependent, and his strings are often minus and susceptible to flawless blocks. Making this character work requires a lot of dedication.