How to Play Against Kung Lao Guide by Rewind 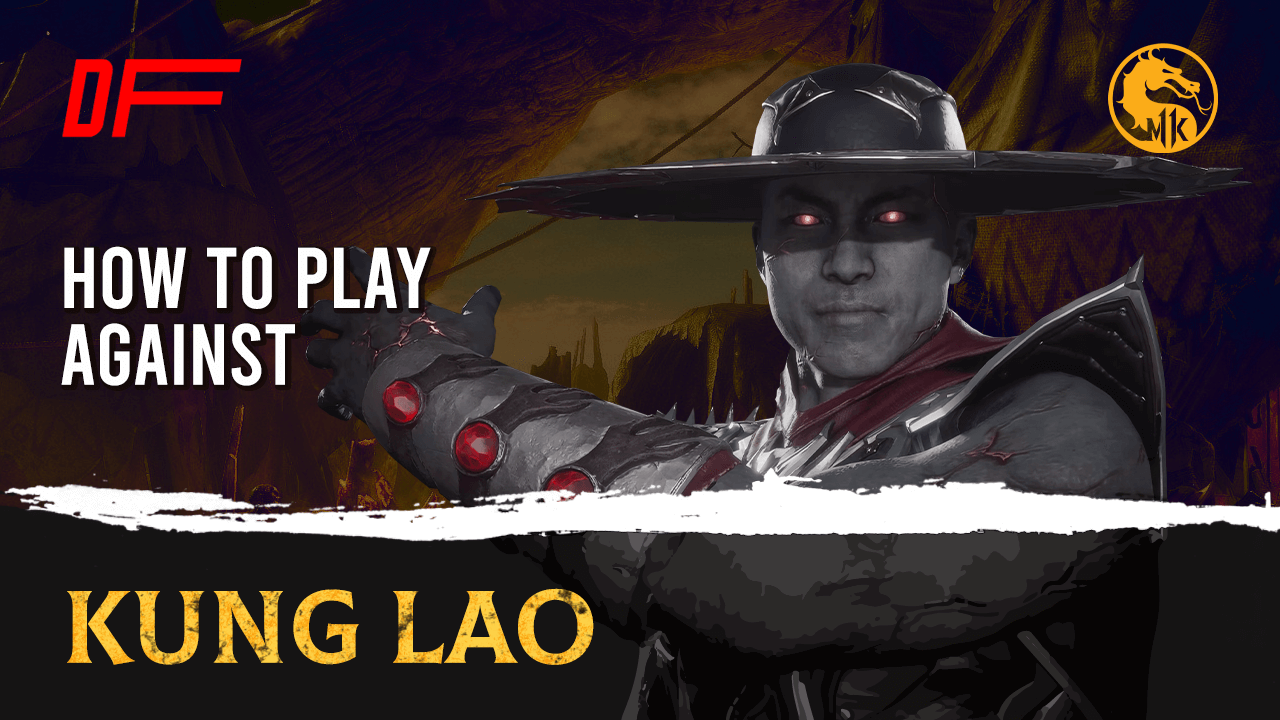 Learn how to dull the blades of the Shaolin monk

Kung Lao has become a mainstay of the MK franchise after his introduction in Mortal Kombat II. Inspired by Oddjob, Kung Lao's signature weapon is his razor brimmed hat that he masterfully uses to cut through the opponents. Combined with his Shaolin monk training, Kung Lao is a well-rounded and capable warrior who will stop at nothing to protect the Earthrealm and his friends.

In Mortal Kombat 11, Kung Lao is one of the stronger characters that can prove to be a severe challenge. It's easy to get overwhelmed with high damage combos, the powerful hat attacks, and the constant threat of being grabbed. Luckily, Rewind has the knowledge and expertise to help us get ahead in this matchup.

How to Play Against KUNG LAO guide by [ Rewind ] | MK11 | DashFight

Most common variations that Kung Lao players use include:

Since these variations are so common, they are the ones you have to worry about. However, the focus of this guide will be on the Orbiting Hat variation.

Since Kung Lao is a strike/throw focused character, you can expect him to do two things often - throwing you and checking you. Succesful checks will lead to full combos and considerable damage, while throws can lead to a Krushing Blow if you fail to escape.

Due to his strong jump 3 attack, you can also expect Kung Lao players to try and jump in on you. This attack leads to a full combo anywhere on the screen and can be difficult to anti-air. Your best bet against this attack is keeping Kung Lao at around mid-range, where you can comfortably react with an anti-air from whichever character you play. If you're able to beat this button consistently, you will be taking away one of Kung Lao's more potent tools and increase your chances of winning substantially.

However, watch out for Kung Lao players mixing their jump kick with the divekick. Countering the latter on reaction will be extremely difficult so try to block instead. This mixup may seem scary, but it's actually still in your favor since a blocked divekick will lead to a full combo punish.

The main struggle for Kung Lao is playing against zoners. He can resort to jumping and divekicking to get over projectiles, but it gets more complicated when playing against characters with unusual projectile angles. While Kung Lao has some zoning tools himself, he will generally lose if he attempts to counter-zone.

Another downfall of Kung Lao is his dependency on the strike/throw gameplay. Due to his lack of stronger mixups, he is very dependent on getting in close and throwing you a lot. This puts him in a situation where Kung Lao has to take risks, as just a few ducked throws can lead to him losing a lot of health.

Let's go over some of the more common strings and attacks and see how they can be countered:

Let's look at some things that you shouldn't get into a habit of doing while playing against Kung Lao:

Characters that do well against Kung Lao:

Hopefully, this guide will help you to expose some of the Kung Lao players you come across and snatch the victory.