How to Play Against Cassie Cage Guide by Waz 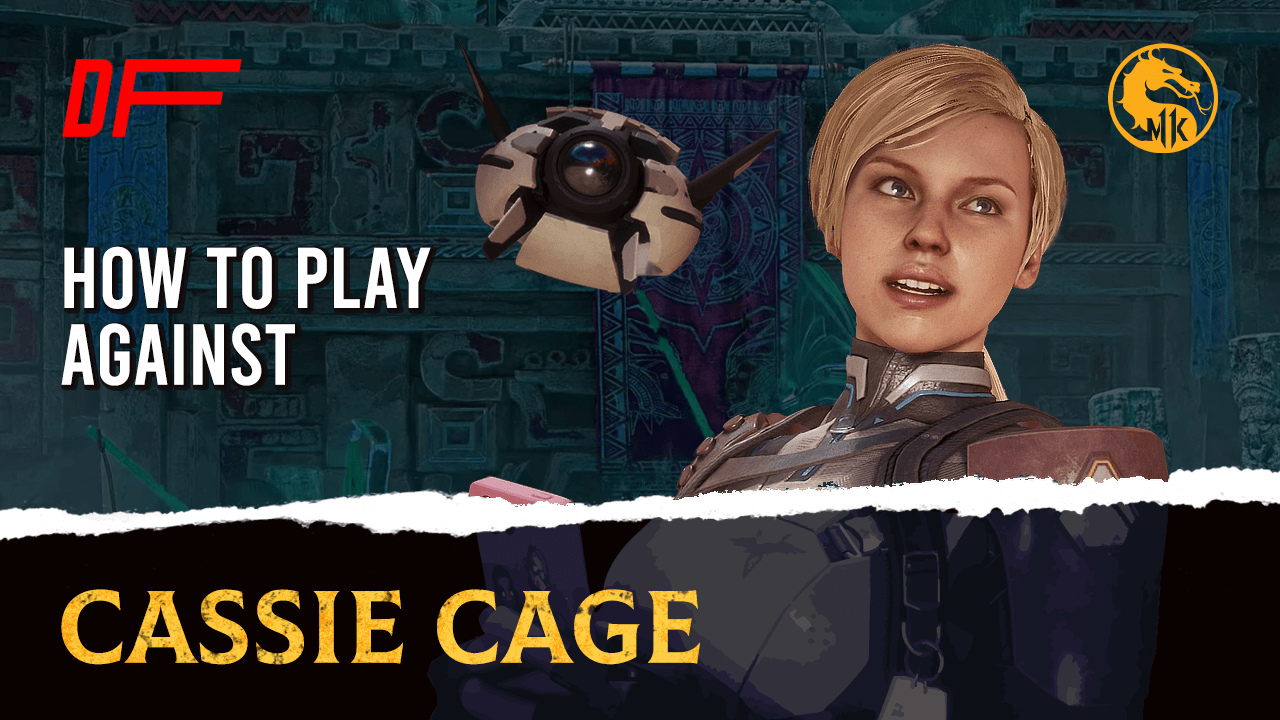 Learn how to stop Cassie dead in her tracks

Cassie Cage was first introduced in Mortal Kombat X. Daughter of Sonya Blade and Johnny Cage, she inherited the best of both worlds. Sonya gave her daughter proper Special Forces training and likely access to high-tech equipment while Johnny taught her some martial arts and passed on the superhuman abilities.

In Mortal Kombat 11 Cassie became a serious threat, expanding both her natural and superhuman abilities. Thankfully, Waz is here to teach us how to battle this incredibly solid character and overcome difficulties.

How to Play Against CASSIE CAGE guide by [ Waz ] | MK11 | Dashfight

Cassie Cage is a well-rounded character with strong neutral thanks to buttons like b3, d4, b2, f2, and d,b1. Outside of neutral, Cassie also has a decent rushdown with strong up-close buttons like f4, b2, and 1,1.

The choice of variations with Cassie is reasonably straightforward, and you will rarely need more than two or three options, which are:

Some Cassie players also opt-in for the shoulder charge, which is a good move overall, but the special moves mentioned above are the ones you'll encounter most often.

One of Cassie's main weaknesses is her damage. While she has plenty of combo potential, she's very susceptible to breakaways. Breakaways cut off a significant portion of the damage that her combos could do, and she can't properly punish opponents for it, so keep this option in mind when fighting Cassie. If she has the Energy Burst special, then Cassie can tack on more unbreakable damage to her combos, but overall the risk/reward of using Breakaways is still on your side when fighting her.

While Cassie doesn't quite have a weak position anywhere on the screen, she tends to be stronger up-close or far away, with mid-range being the least favorable. If you want to contest Cassie, you'll want a character with a good d4 and far-reaching moves like Sub-Zero.

Cassie's throwing game is a significant source of her damage and pressure. However, if you are around mid-screen, you're better off just taking the throw since it will reset neutral, and you will receive less damage.

Cassie can play some intense mind games thanks to her 1,1,1 string. Not only does it visually resemble her throw, but she also has some good follow-ups if you block the string. She can either do the whole string, stagger it, cancel it into Flippin' Out, or cancel into the glowing kick. Covering all these options is challenging, but there are ways to deal with them.

If you get a hit with an EX Gunshot in the corner, make sure you are blocking after it. If not, Cassie will get a guaranteed 3,4 leading into a full combo.

Lastly, if Cassie has Fatal Blow, you need to be extra careful and patient. Since she can cancel the glowing kick into the Fatal Blow, it gives her the ability to get massive damage from any of her buttons.

MK11 Guide: How to Play Against Geras Featuring Grr