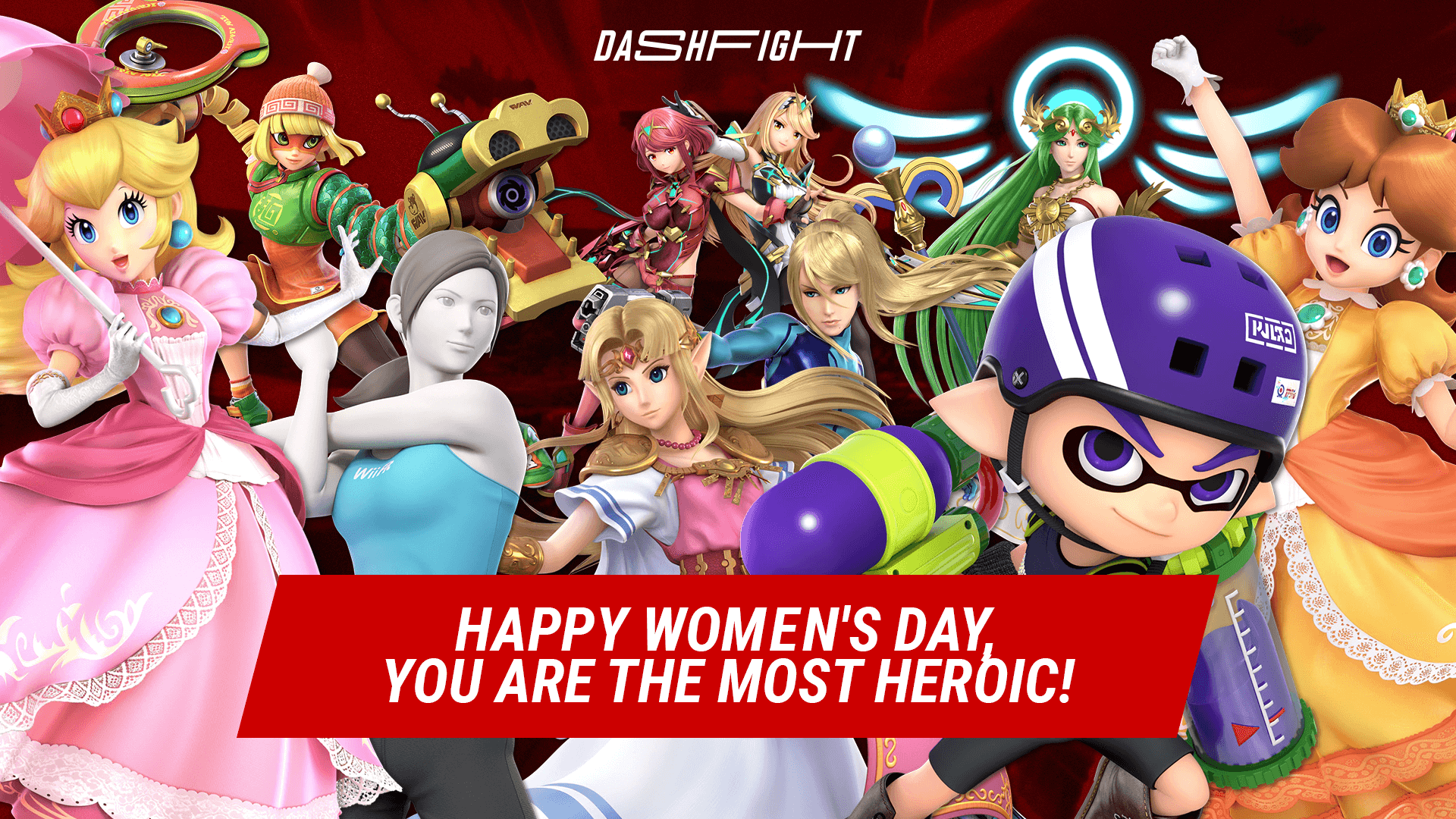 #News
You are impressive!

International Women's Day has been celebrated around the world for almost half a century. Without a doubt, women deserve to be honored every day. They give the world beauty, love, honesty, rationality, kindness, care, affection, sophistication, loyalty, modesty, and perfection.

DashFight team congratulates all women in the world on this holiday, one of the best and most necessary among all other holidays ever.

In the fantasy universe of Super Smash Bros Ultimate (SSBU), female characters are essential in every way.

Each of you is a unique diamond in the crown of the Super Smash Bros Ultimate universe. The ability to shine brightly is said to be lost over time. We wish you to shine brightly and for a long time, as well as, of course, new victories and a lot of fantastic abilities!

History of the holiday

It was first celebrated in 1909 in New York, where a celebration was organized to commemorate the anniversary of the so-called "Uprising 20,000", which was organized by the largest women's union in the United States, the International Ladies Garment Workers Union (ILGWU). The attention to it inspired Luise Zietz and Clara Zetkin to hold marches in March, which later became the basis for establishing March 8 as International Women's Day.

Visit our Forum page to start a discussion there or share your opinion.