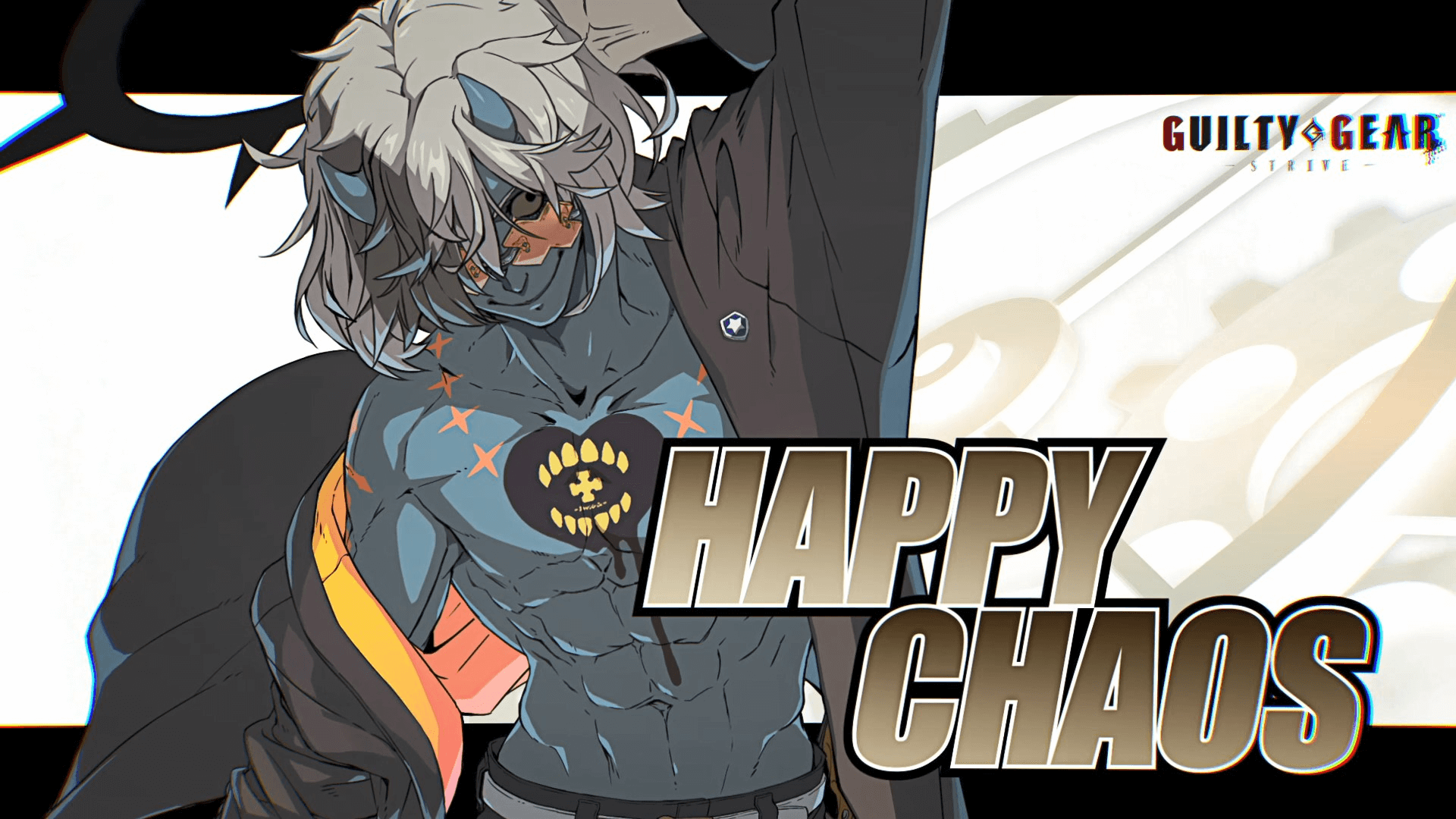 Pic Source: @ArcSystemWorksU Twitter
#News
He is an interesting personality to strengthen the villain power in fighting games

Do you like when a game you know and enjoy gets a new character? Suddenly so many things change — you have this new matchup to learn and even a new candidate to your main. People in the community get a fresh wave of interest in this title, and more players enter the multiplayer lobby.

Yeah, new characters are great! And guys from Arc System Works do a great job expanding the roster of Guilty Gear Strive.

Those who played the story mode (or should I say “watched that anime”?) might feel a bit disappointed not meeting some bright personalities among playable characters. But that was the situation right after the release of this game. Around six months later, we are getting the third DLC fighter — and he is really, really good.

Happy Chaos is one of the central figures of the story. He is so close to being called an antagonist, but at the same time, the stuff in that world is not so straightforward. But ok, it would be simpler to call him a villain and let you watch the story and decide whether that’s true or not.

On November 14, Arc System Works announced Happy Chaos as the third DLC character in Guilty Gear Strive. This announcement was made on the day of a big offline esports event — Red Bull Kumite Las Vegas, which also has a GG Strive tournament.

Happy Chaos will be available in the game on November 30 — if you have Season Pass 1. Also, you can buy this Guilty Gear character separately starting from December 3.

The game has already got 2 DLC fighters: Goldlewis Dickinson and Jack-O. Both are exceptional personalities, but they can’t even be compared to the extravaganza of Happy Chaos. Let’s wait and experience this villain in action!

(By the way, it turned out that Goldlewis Dickinson is pretty good. He was used in the Grand Final of the Guilty Gear Strive tournament at Red Bull Kumite Las Vegas)

So, guys, what do you think about Happy Chaos? Does this addition to the roster motivate you to play Guilty Gear Strive more / launch the game for the first time? It would be great to get your impressions through DashFight's Twitter and Facebook.

And talking about big additions to fighting games rosters… Do you remember the previous DLC character who made the gaming community over-excited? Yep, he is one and only Sora, a new SSBU fighter.