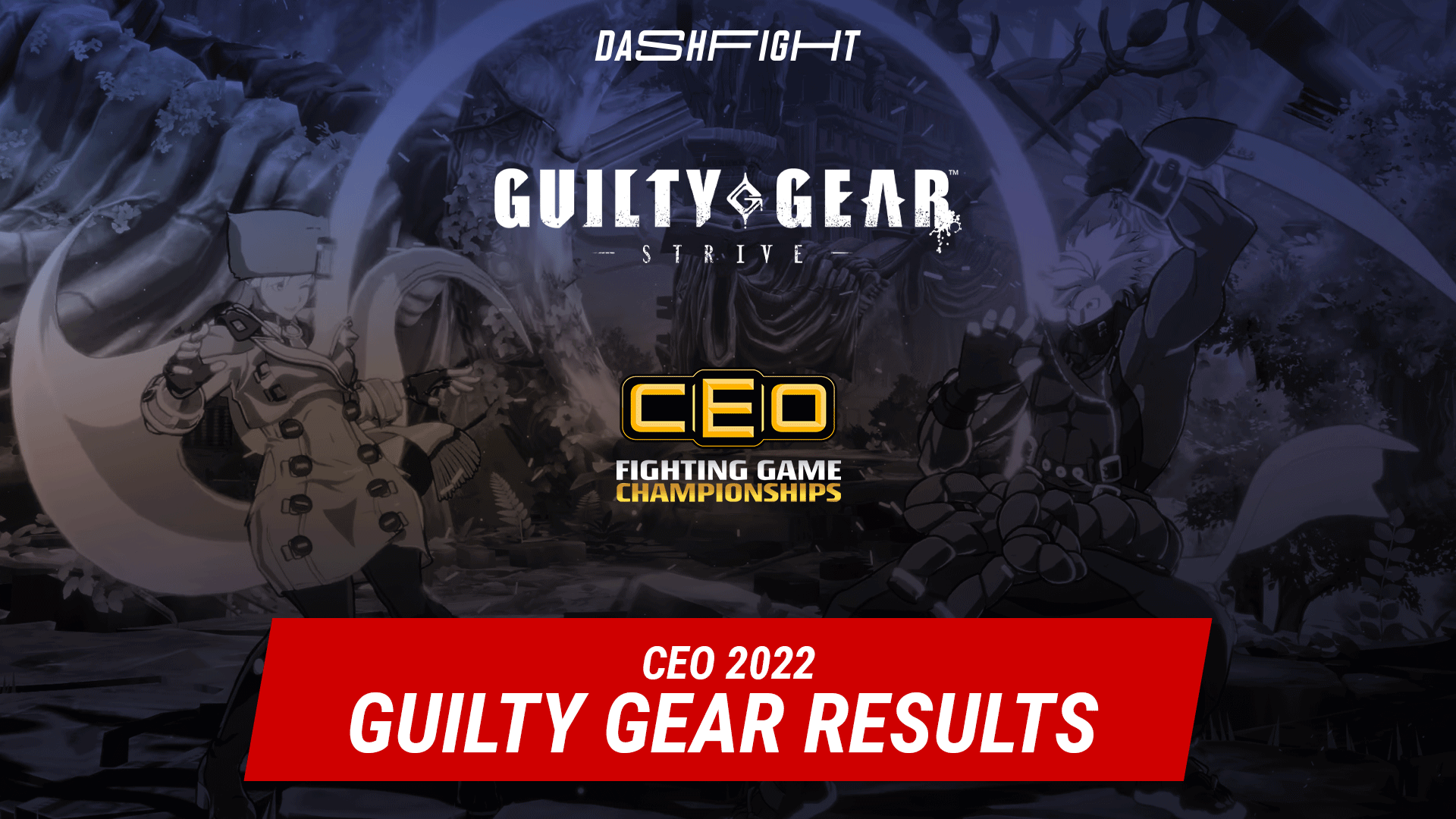 On June 10th, Guilty Gear -Strive- received a major patch that rebalanced the entire cast and altered some of the core systems. Naturally, everyone is curious to see how these changes play out on the highest level of play.

Right off the bat, it was a delight to see ApologyMan rock the buffed Faust and show us his character mastery. He managed to make it all the way to the top 8 on the winners side but then lost his set to Hotashi's Nagoriyuki and Supernoon's Ram, with the latter set being an incredibly intense set despite the 3-1 score.

Outside of getting to see Faust in the top 8, it's notable that not a single Happy Chaos was present there this time around. The nerf to his zoning no doubt had a profound impact on the character, but perhaps we will see him more often after players get used to the changes.

While other characters were the expected Ramlethal, Zato, Leo, and Nagoriyuki, we still saw some outstanding plays, with Razzo and Jonathan Tene becoming breakout stars in their own ways.

Razzo showed a lot of consistency, once again making it to the top 8 at a major tournament and attracting some attention with the slick cosplay of Makoto from Persona 5. Their tournament run was also insanely impressive. Despite getting knocked down into the losers bracket, Razzo quite dominantly defeated Solstice, Supernoon, and Hotashi, ending all matches with 3-1.

However, Jonathan Tene came out victorious in the grand finals, defeating Razzo once again and ending their flawless tournament run with a clean 3-0.