GriffyBones: “Transitioning from online to offline is easier” 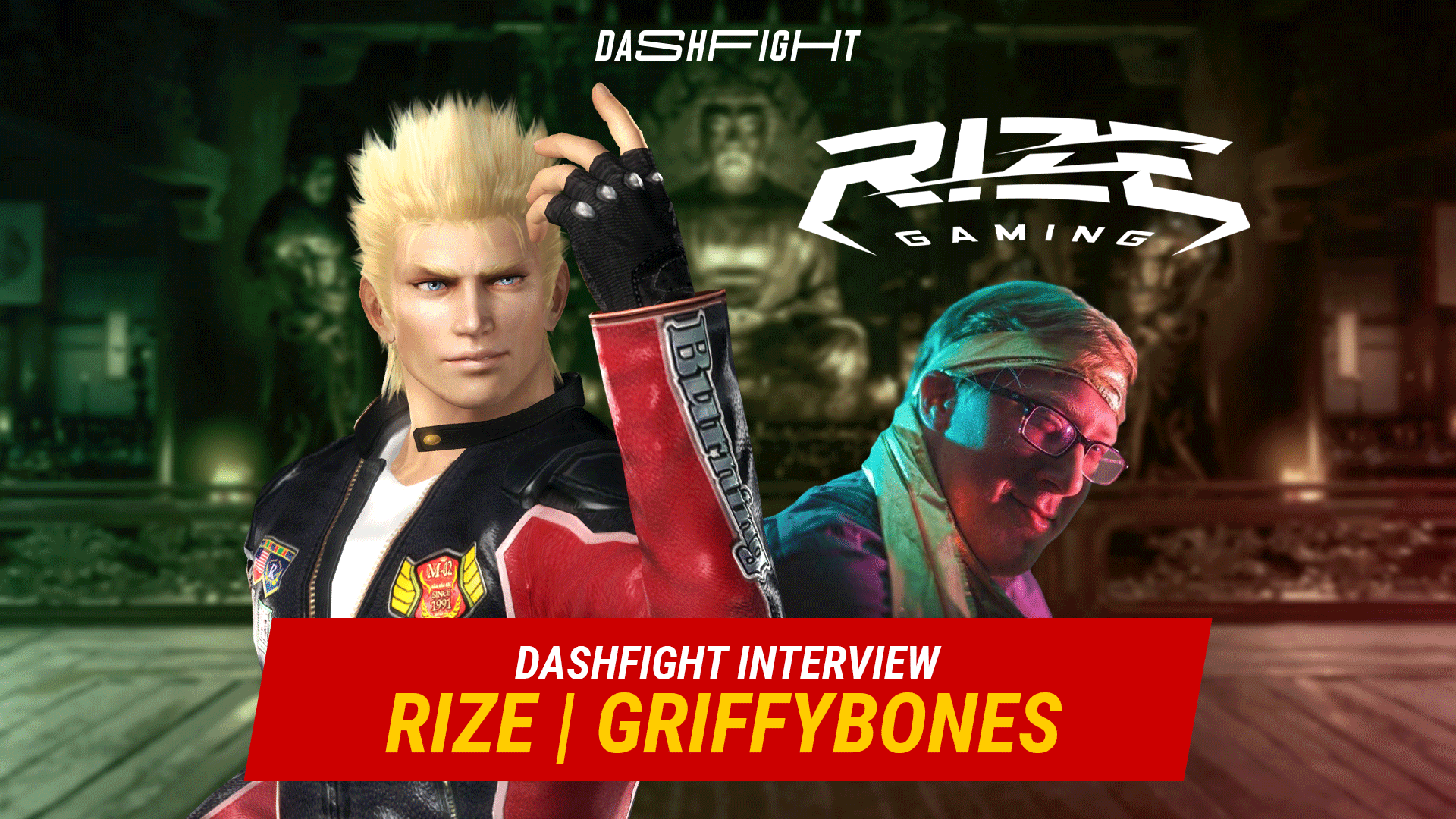 #Interview
Virtua Fighter 5 Ultimate Showdown is one of the games at Frosty Faustings XIV, so we are glad to chat with a guy who plays it professionally.

The fighting games community is kind of hungry for offline tournaments, so each big event makes us overexcited. Frosty Faustings XIV is exactly a reason to experience the full joy of the genre. It consists of quite a few tourneys for different titles. Virtua Fighter 5 Ultimate Showdown is one of them.

On the occasion of Frosty Faustings XIV, we contacted a pro player who participates in VF5US fights. GriffyBones represents RIZE Gaming. He is fond of niche fighting games and creates various content in this field. Also, GriffyBones takes his successful steps to the top-level esports competition.

We asked the guy a few questions about the game, offline events, and his experience beyond Virtua Fighter 5. So, here is DashFight’s exclusive interview with GriffyBones.

It’s been a while since Virtua Fighter 5 Ultimate Showdown was released. What can you say about this version now? What can be improved?

Since Virtua Fighter 5 US was released in June of 2021, it has quickly become one of my favorite games, and has changed my life for the better in many ways. I have been playing fighting games for many years, and no other fighter got me hooked and kept me interested for a long period like the Virtua Fighter series. The way the 3D combat is designed is extremely deep and complex, but grounded in a series of easy to understand rules. I love the design of the characters, the way the moves are beautifully animated, and the great music. I have enjoyed the current version immensely. The two biggest improvements I wish they would add to the game would be more character customization items and rollback netcode. More single player content modes would also be a nice addition.

What are your expectations from Frosty Faustings?

My goals and expectations for Frosty are to place around Top 8 for VF5. Other than that, I am going to have fun playing a bunch of different games all weekend. I was able to get 7th place in the VF5US tournament held at Summer Jam 2021 last year, which I was very happy with. I would like to make Top 8 again, then see how far I can take it. Though in the end, what I want most is to gain a lot of experience in the game by playing many matches in person. So even if I don’t make Top 8 again in the end, I will be happy improving and having a good time with the people of the VF community.

Are such gatherings important for the community?

These types of gatherings are immensely important for the community. A bigger offline tournament helps to grow competitive and community aspects for a fighting game. The way players meet and gather to practice at the venue before the tournament, fighting as hard as possible during the tournament, then decompressing and discussing the results with people after, are all a part of the experience. Fighting game tournaments have a great structure and tension build up that is extremely fun and exciting to be a part of, no matter the game.

Is it hard to jump between online and offline competitions?

It can be difficult, but I would say transitioning from online to offline is easier than offline to online. Going from online to offline can be a bigger jump than one expects, but often after a few hours you can adjust to the speed. The game plays and feels better offline, and runs at a constant speed. When you play online the connection can vary a lot during a match, and from person to person. So even if you are used to playing online, that familiarity will not overcome a bad or inconsistent connection.

I do follow other games at Frosty Faustings. I am entered in the Tekken 7 and Street Fighter 3: Third Strike tournaments. I play those games more casually and infrequently these days, but I have a great fondness for them and have dedicated many hours to both series. I wished I could have entered the BlazBlue CP and Mystery game tournaments, but they were unfortunately full by the time I decided to sign up for Frosty’s.

Does the Virtua Fighter series have the potential to shoot big (like, for example, Stive for Guilty Gear did)?

I think Virtua Fighter does have the potential to shoot big. I think the release of VF5US has shown that people are hungry for more 3D fighting games. I think the way that VF games are designed makes the game exciting and deep at all levels of play. There is almost always something you can learn from every match and person you play in VF. I do think that the game can be a bit hard for casual players to approach. Inexperienced and casual players like to mash buttons in fighting games, and VF is not a very mash friendly game. There are only two attack buttons in addition to the guard button, and many moves are pulled off with pressing different buttons and inputs together. This button layout does not work well for players who mainly spin the joystick around and press buttons haha. Hopefully in the next VF game they can find ways to make the game a bit easier for less experienced players to play and understand without sacrificing the depth and feeling the series has established.

What do you play beyond VF5?

Many, many fighting games haha. I would call myself a connoisseur of obscure fighting games at this point. I play many varieties of new and old games. Tekken and BlazBlue CP are my current favorite mainstream fighters. In terms of independent fighting games, I have been enjoying games like Robooh and Merfight. I enjoy exploring fighters on consoles people usually don’t remember for their fighters, like the Atari Jaguar, 3do and Amiga. If you are interested in seeing more obscure fighting games, follow my Twitter at @GriffyBones as I post clips of a lot of obscure and rare fighters. If you want to explore the games yourself and get involved with more obscure game communities, I would suggest you join The Community Lab Discord. This is a Discord I help run where we discuss, share and explore different obscure fighting games.

Thank you for the answers, GriffyBones! We look forward to witnessing your matches and enjoying your creative content.

Quite recently, we had a conversation with four guys from Lazarus Esports, including their new Project L players: Hayatei and Supernoon. Don’t miss it!