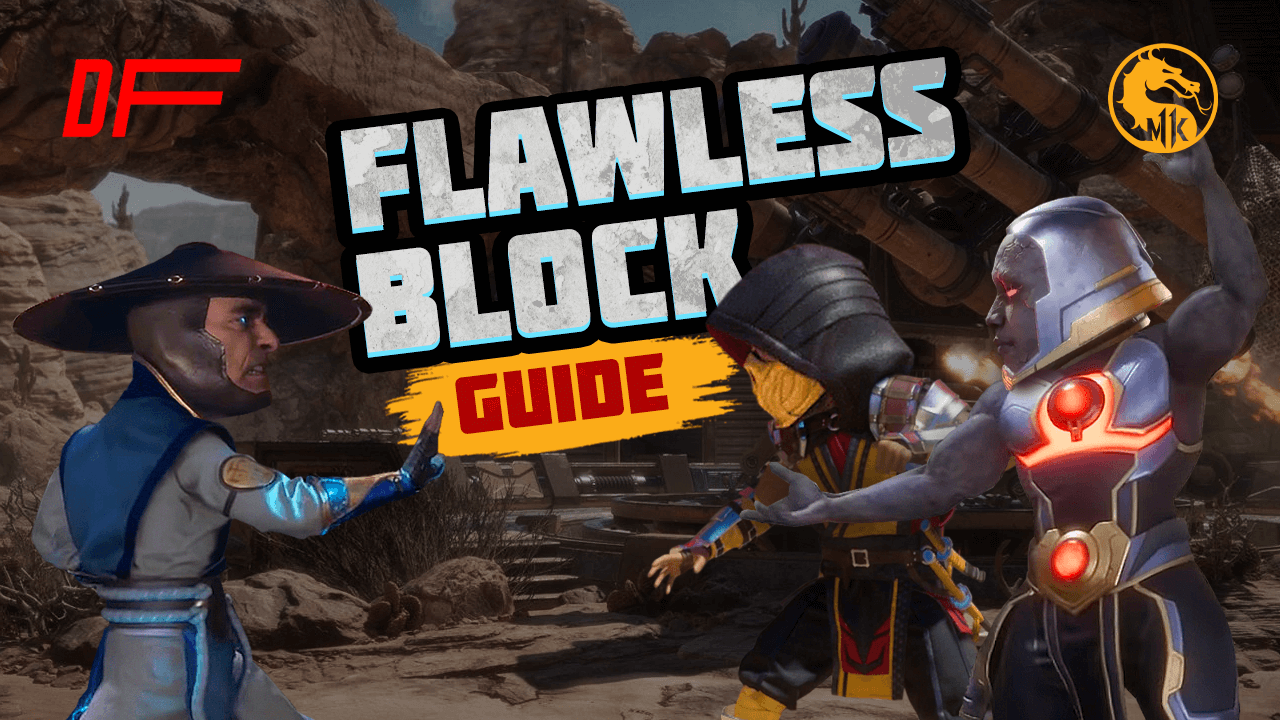 #Video#Guide
Learn how to best protect yourself in Mortal Kombat 11 and return the punchers to the sender.

One of the most tricky mechanics for new players in Mortal Kombat is the idea of Flawless Blocking. So we partnered up with Tom Brady, not Tom Brady, to bring you an extensive guide on how you can learn, improve, and eventually implement it into your game plan.

How to Flawless Block

To be precise, by tapping the block right as an attack makes contact with you, either when it contacts or within the next three frames. If done correctly, you will be able to recover from the block much quicker than if you had blocked it for the whole attack duration. It is powerful because it has little to no risk if you miss time the block. If you press it before the attack hits, you will block it normally—a reward without risk.

Something that is true across all its uses is that, by flawless blocking, you can stop opponents to special cancel out of their attacks, thus limiting their escape options for things like teleports, and also change quite a few of the frame data for attacks, often in favor of the defender. This makes Flawless blocks incredibly useful overall, but let's look at the individual uses of this mechanic.

The most practical application is in the middle of opponents' strings. Mortal Kombat characters have plenty of strings with small gaps in between attacks. In that gap, you can sneak in a flawless block. By doing it once or multiple times, you can save up enough frames to get a hit in and turn the fight around.

The other area where you can use flawless blocks is Jump attacks—obviously, anti-air counters and punishes good, but flawless blocks can also do a lot of lifting here. In this case, it's even better than trying to counter because you will at least be able to block it. Sure, no follow-up most times, but you can keep yourself safe.

Flawless Block OS is micro ducking and blocking, more or less, inputting down very quickly and briefly while blocking. Allowing you to block all mids and lows while also ducking under any potential throws. Throws are, conceptually, the rock to the Block scissors, but the Flawless Block OS is the paper.

This tech makes it much harder for opponents to properly mix up against it since it covers for Mids and lows equally. The only option left is overheads, which are rather rare.

Flawless Blocking is one of the must-learn mechanics for players that want to compete at a high level. It is always a good defensive option, and it carries nearly no risks or penalties for using it.