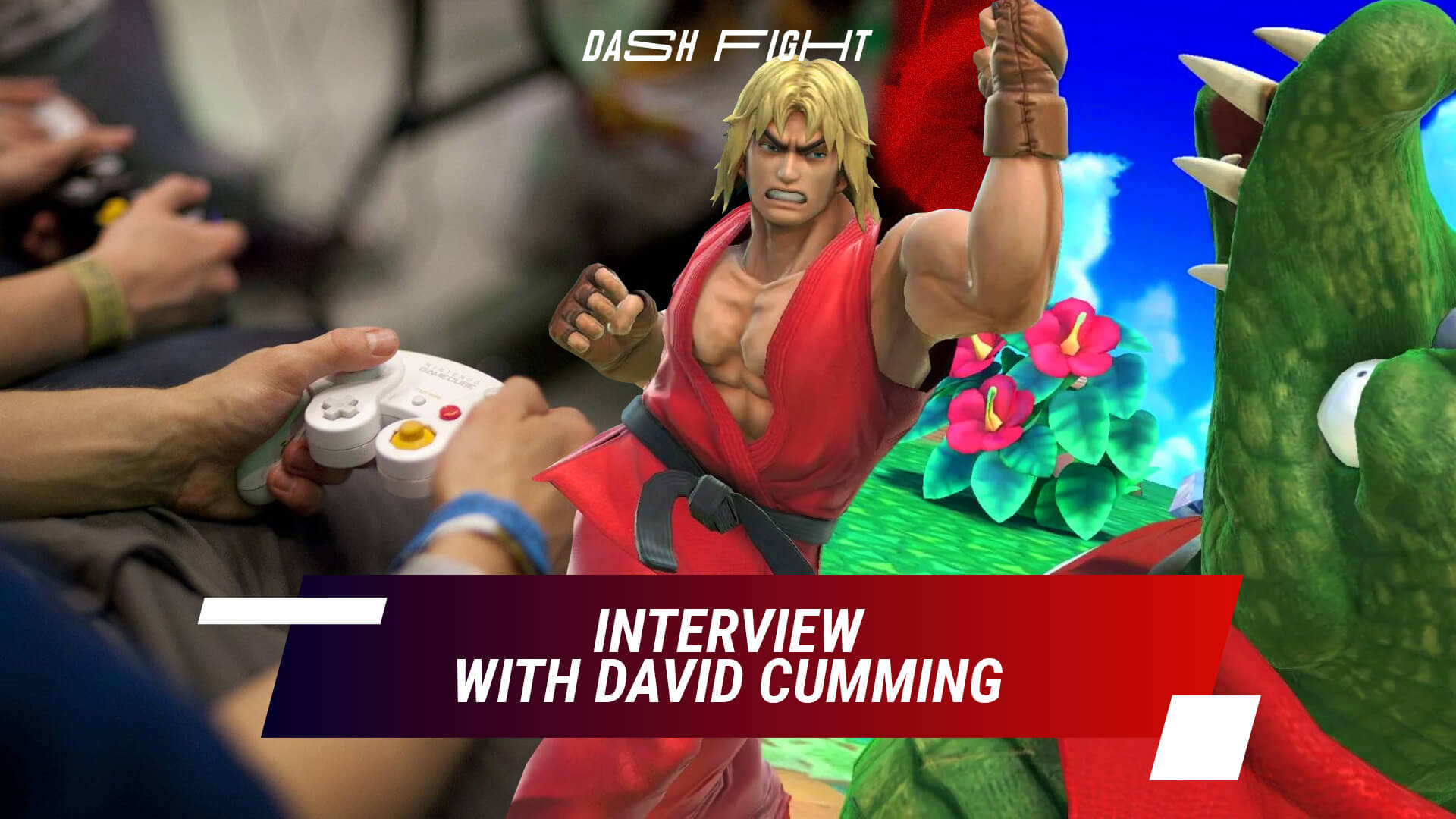 David wrote an extended abstract for DiGRA, the Digital Games Research Association, that explores and defines some of the modifications players are doing and more importantly why they are doing these modifications. Here is a short extract of his work:

Feedback: The GCC struggles to provide feedback to the user when performing certain actions. Users rely on cues from the controller to confirm whether they have successfully performed the intended input. Example: The Z button provides little tactile or audible feedback when actuated. Modification: A microswitch with a distinct tactile bump and click sound when actuated is soldered in place of the Z button’s original microswitch on the GCC’s circuit board.

The following interview has been edited and condensed for clarity – Originally conducted on November 5th, 2020.

Sebastian Quintanilla: Can you tell me and the audience a little more about yourself?

I am a Ph.D. candidate at the University of Melbourne here in Australia. My broad, overarching research interests, which goes beyond my Ph.D. is competitive gaming, the media, and The practices which surround competitive gaming.

So that's my Ph.D. This extended abstracts that I wrote for DiGRA [Digital Games Research Conference] this year, that's somewhat of a side project, but it exposes some stuff that I want to pursue once I complete my Ph.D. Which I actually did last week. So that's kind of a project that I want to pursue going into the future looking at controls and input devices in eSports, and looking at them as sporting equipment, rather than just these sort of luxury tools of play.

I guess there's probably two dimensions to this. The first one being this idea of looking at input devices and controllers as sporting equipment, that's just simply not an angle taken in the academic literature. So that's a gap that I want to fill. We're starting to see professionalized gaming equipment, even at a much lower level the Xbox Elite controller being one example of that.

On another level, I think it's just interesting to pursue because these controllers are the one and only wait to interact with the games. He can't really it's kind of like billiards or sneakers, right? You can't physically enter that game space. So you need to use a tool to displace objects in this virtual space. There's ambiguity as to what extent you should consider the controller to be a part of the game. And to what extent that it's simply just a way to interact with the game.

I do particularly think in Melee quite a pressing debate. Because a lot of people see the GameCube controller in Melee as very much intrinsic to what it means to play. To use something else is to not be playing Melee anymore, at least in the competitive sense. The main angle that I'm interested in pursuing is to explore whether the controller is intrinsic to the game or not and how does changing the controller changes the way that esport is played.

From one of your references in the extended Abstract, you talked about using Melee it On Me list of allowed modifications. In those same guidelines, they talk about allowing other modifications to allow otherly abled players to compete. Have you explored that aspect yourself?

In your abstract, you also mentioned how the competitive community has more or less rejected modern versions of the controller. Do you have any examples of such controllers?

The main case that inspired me was the Smashbox controller to prominence a few years ago. The Smashbox controller was, and still is a controller that's been designed specifically for Melee. It's a fight stick like you'd find in Street Fighter or any other 2d fighting game. They weren't trying to push it as a direct upgrade because I think they didn't want it to be perceived as giving advantages and therefore unfair. But it does provide an alternative way to play that is well beyond the original GameCube controller.

One of the key things that had concerned people was that it replaced some of the analog inputs with digital ones. Those were emulated. And in emulating them, they're going to be consistent every single time, they're always going to be the exact angle that's been programmed to be replicated. Learning the GameCube controller is very much a part of playing Melee, you don't learn the GameCube controller by using the Smashbox is a different set of skills.

Do you have a formed position in this debate? Of modern versus classic controllers for Melee?

In terms of my position on the subject, I think, ultimately it is up to the Smash Brothers Melee community to determine what's acceptable and what's not. Because it is their culture, it is their game, and they have the autonomy to go back and determine what's acceptable, and what's reflective of authentic Melee play. But personally, I'm a bit undecided at the moment as well. This is something I want to become informed about as I do my research. On one hand, I do understand their position that the GameCube controller is very much intrinsic to Melee. Unlike other games, you can't really modify controller inputs. And it's very clear that at least initially, Melee was designed for the GameCube controllers.

There's a lot of importance placed on the game and controller. But it does create accessibility issues, including ergonomic issues. A lot of professional players had an injury from playing Melee. They attribute those issues to the GameCube controller. There's no one medical documentation or any studies that have looked into that seek to create a direct link between the GameCube controller and these injuries. But it's very much perceived that the GameCube controller, when played for extended periods does cause an injury that's led to some retirements, surgeries, and whatnot.

For the abstract, you mentioned using Thematic Analysis to work out the various modifications. Could you expand a little on what that means for this type of research?

It's a data analysis method. Although there are a few varieties, so things can get muddled. I'm following a procedure by Brandon Clark, which is a relatively reflexive method. Essentially it's a, sometimes, reductive quote method to say and summarize or to make them more manageable qualitative data. That being words, quotes, and interviews and things like that.

In this case, I applied it to posts on the Smash Brothers and the Melee, subreddit, and on the smashboard. What you with this is read through all the content you have and identify segments of the data. The posts that contain important aspects or important information. These are coded, not like programming, but as categorizations center around a theme. Then you have a list of things that you can use to extrapolate some information from.

You listed five key modifications in your abstract. is this an exhaustive list, or do you think there are only a few more, or maybe even a lot more to look for?

There was definitely at least one more than I had thought of. After I'd submitted this for publication. And it doesn't really doesn't necessarily relate to any limitations or design concerns with the controller itself. But more so about customization. People really like to decorate the controllers and make it on their own. Make it really reflects who they are. So they paint them put in custom decals, colored buttons, etc. I think that is also quite interesting. Not quite entirely related to design and usability, but it's maybe something that I might look into if it does prove to be quite important.

In late October, Fizzi, one of the developers of Project Slippi, talked about recording the number of inputs per minute of any given player. I know you are just learning of this, but do you have any thoughts on it?

So this is really interesting. I definitely want to look at it a bit more closely. And it is really cool that they are measuring the analog inputs and seeing how different modifications change these inputs because I think that does have a lot of implications as to determine what is allowed, and what's not.

Also, it's good that they have their own tools because I'm not really a computer scientist. I am more of a social scientist who works in modern computing in human-computer interaction. So it's definitely cool to see these tools that I might be able to leverage at some point, of course, with their permission and in collaboration with them. Talk to them, and to see what they are doing, whether it be players, tournament organizers, or developers.

If you want to keep up to date with David's research, you can follow him on Twitter. He did let us know that you shouldn't expect more on this research in the short term, as he is currently finishing other projects. But we are certainly looking forward to what might come in the future!

For more on Super Smash Bros consider following DashFight Facebook and Twitter or join our Discord server. That way you can get up to date information on everything FGC with guides, news, and more exclusive interviews!