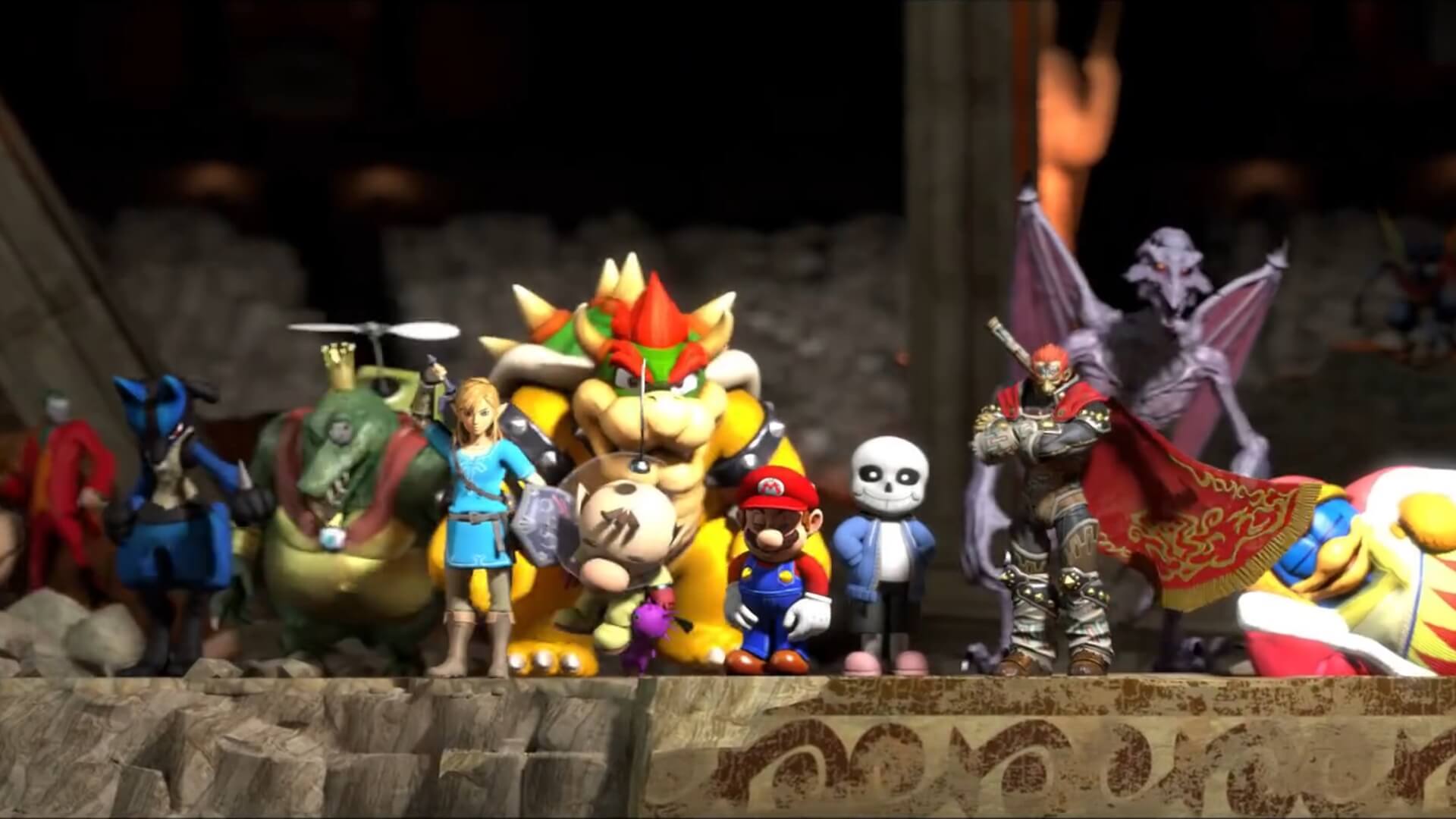 It's incredible what fans get up to whenever they get the urge to create something special for the IPs they love. One of the more recent masterpieces for Super Smash Bros. Ultimate is a music video created by Norwegian animator Ona and singer-songwriter Kelly "Chi-chi" Boyer.

The video shows many of the game's original roster as a new threat looms. Returning to the Mushroom Kingdom alongside other villains like Ganondorf and King Dedede, Bowser tries to put his evil plans into action, but Mario intervenes, and their epic battle begins. The animation is pretty well done, with Ona's cinematography adopting a dark tone, and Chi-chi's song is a great addition.

As the battle between Mario and Bowser heats up, the other characters standby to watch the action unfold until the villain transforms into Giga Bowser. At this point, everyone on the sidelines joins the fight, with Mario using the power of a Smash Ball to end the battle, Dragon Ball Z style. Some of the other characters featured in the video are Ridley, Olimar, Greninja, Pichu, Peach, Toad, Kirby, and Link.

You can check out all the action in the video below: