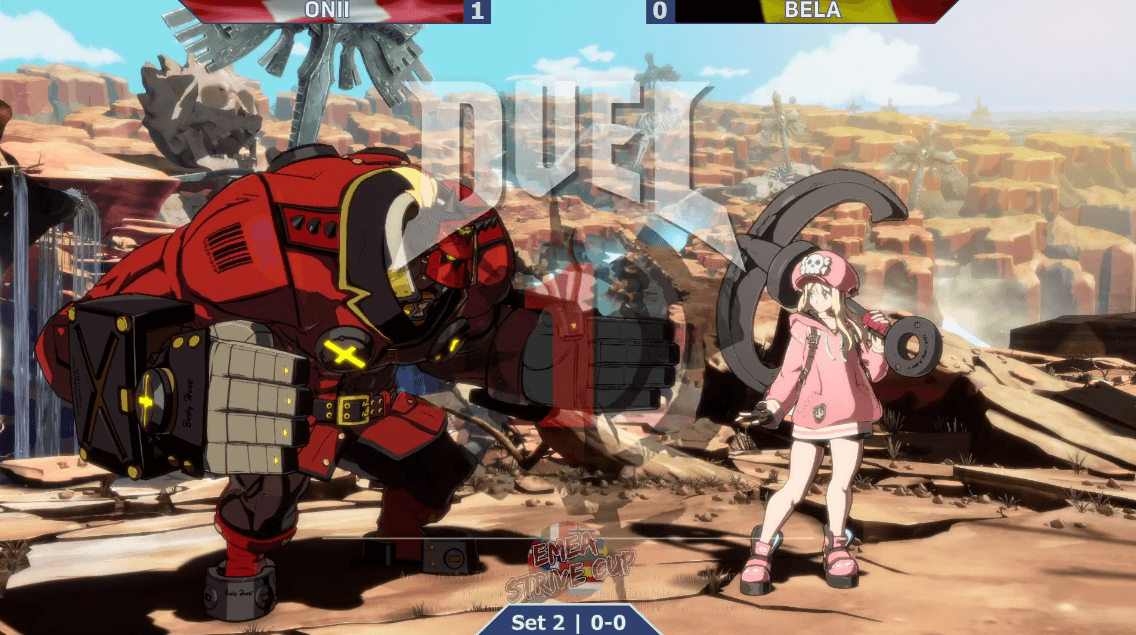 With all the teams now qualified, we are in the end game now

Just like that, week 3 of the ongoing EMEA Strive Cup is over and we have the prospect of four intense matches in the Quarter-Finals which kicks off on Sunday. The teams that have qualified so far are:

The 9th day of the tournament saw Italy facing off against Morocco in a match that the Italians needed to win to guarantee their spot in the final 8 of the tournament. The Moroccan team have shown so far that they are not to be taken lightly and they pushed Italy as much as they could, but Italy were victorious and took their place in the last 8. The second game of the night saw United Kingdom who have swept all before them so far take on North Africa who had only narrowly lost to Portugal in the last match. Team UK showed once more why they are a major favorite as they beat the North African contingent even after the underdogs had really shown some momentum. This left North Africa hanging by a thread as a win by Portugal would be enough to get them into the Quarter-Finals.

Day 10 was full of excitement with Portugal handed a huge chance to qualify as long as they could defeat Finland. The Finnish team hadn't done as well as they would have hoped so far and with the prospect of fighting against Zeno who was so instrumental in Portugal's victory over North Africa, it seemed clear who the winner would be. Zeno's Happy Chaos was again ready to make a nuisance, but the Finnish had other plans. In particular, Zokhiz was really impressive as his Leo was able to get the better of Happy Chaos and take an important set for his team. With Zeno out of commission, Finland pulled off a sensational win against Portugal ensuring that North Africa qualified from the group with the skin of their teeth and knocking Portugal out.

The next match, which was supposed to be the showpiece of the day, was surprisingly one-sided. France have so far demonstrated that they are a force to be quite worried about especially with the form of team captain, Skyll. Germany had also won their first two games and this was supposed to be a hard-fought match to determine who would be top of the group. France dispatched of Germany, further cementing themselves as favorites as it is difficult to see who will be able to stand against them right now.

UAE were up again, this time, against the combined force of Norway and Sweden. UAE lost again to end their run in the tournament in last place. But the second game was the real headliner with Saudi Arabia, another favorite, up against Israel/Turkey who have been quietly getting their wins and making a great impression. Saudi Arabia didn't start the game so well and at a point it really looked like Israel/Turkey might just win it, but by the time the second set rolled around, Latif, who was absent from the first set, joined the fray and helped his team turn the tide. Saudi Arabia have been impressive, but it is impossible not to notice that every match was a bit of a struggle. This is in part because of how good a group theirs is, but one wonders if they will be able to take on similarly dominant teams like France and United Kingdom.

The final day saw a rather interesting match between Spain and Russia. Group B was the most intriguing group with three teams still in the running to make it out: Spain, Italy and Russia. While Italy had done the job against Morocco, Spain were in a slightly difficult position as their two wins had been with 2-1 results which meant that a loss to Russia could see them possibly end up in second place which might not be favorable or even crashing out of the competition altogether.

It was time for Uriel_Legion to once again show his mettle. But, he was up against the Russian captain Kurokich who is an accomplished Potemkin player. The match turned into a captain's brawl as Kurokich got the better of Uriel_Legion in the first set and used it to lead his team to victory. Uriel was not done and ensured he won the second match to also lead his team to victory. In the third set, each side got a win and it was down to the final match between XED and PatataSalvaje who both used Ky Kiske. The latter took the match and won it for Spain getting them first place and a date in the Quarter-Finals.

What match are you most looking forward to? With the final week of Strive Cup coming closer, who do you think will take the whole thing? I guess we'll soon find out.