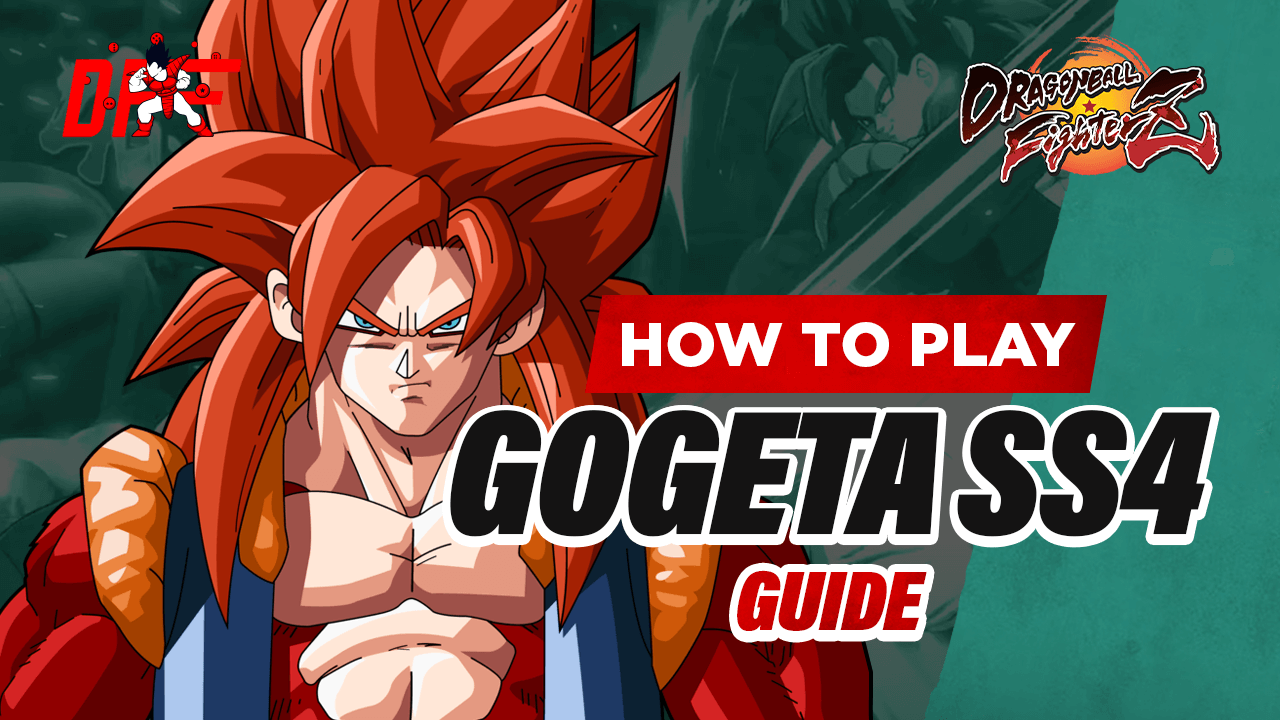 Is he the most powerful Goku/Vegeta fusion?

After that huge August 2021 update, SS4 Gogeta has become quite a powerful and popular DBFZ character. We see him at professional tournaments; we meet him in teams of online opponents. And yeah, many enjoy playing him.

So, let’s get to know this form of Gogeta better. We at DashFight are proud to present you guys another awesome video guide by one and only Tyrant. He explains the best buttons of Gogeta SS4, highlights his neutral tools, demonstrates blockstrings and combos… Well, why not watch the guide already?

Tyrant starts his guide with the best options for this character.

Lightning Hammer, 236L/M/H, is another very good neutral tool. It goes through projectiles, so you can get a full combo. It’s great for closing the gap between SS4 Gogeta and his opponent.

According to Tyrant, assists of this character are pretty lacking compared to some other Dragon Ball FighterZ characters.

The choice of the assist depends on the team you want to build.

Most of the time, this character should be played on Point. It’s good for his level-up mechanic. Also, he’s a beast in the neutral game, Assists help him be effective in full-screen situations and for great combos.

Using assists is a good way to open up the opponent. But even solo, you have tools to confuse people and make them think it’s their turn.

SS4 Gogeta has a command grab. His pressure tools are really scary.

In this section, Tyrant shows a few basic examples of blockstrings.

Here are Gogeta’s combos from the video:

Tyrant emphasizes how stylish these combos are.

Gogeta SS4 should close the gap as quickly as possible — he’s lacking full-screen potential. The character is good at close-range pressuring and mid-distance poking. You can use 236L/M/H and Double Air-Dash for this. Tyrant demonstrates examples.

The level-up mechanic is good, but you don’t have to use it. This character is effective with his toolset.

Gogeta SS4 has lots of different options. Tyrant thinks he’s just a nightmare to deal with, and his strengths outweigh his weaknesses.

DashFight has some other guides created by DBFZ personalities, and one is also by Tyrant. Please, check out his video on Vegito.