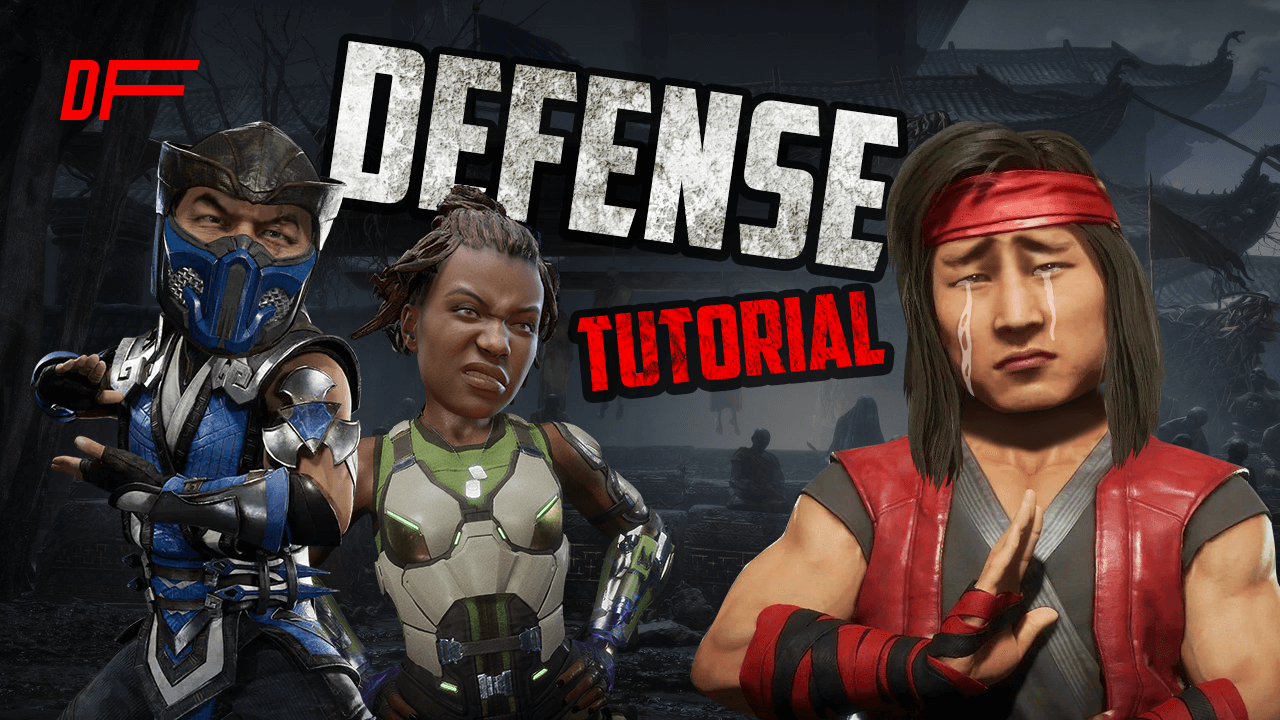 #Guide#Video
If you are wondering how to navigate the neutral game in MK11 while also buffing your defense, this is definitely the video for you

In this guide, we'll be learning the basics of neutral and defense from none other than VideoGamezYo. He's an award-winning professional gamer and streamer who is by now a regular with DashFight. Without further ado, let's get into the guide.

So, when you think defense, you cannot afford to limit yourself to blocking as this will only play to your disadvantage as there are several workarounds to a player that simply wants to block. What can you do? Well, there are a couple of buttons you could make use of. For the sake of this guide, Scorpion and Sub-Zero are our default characters, but the buttons being talked about are generally universal to the entire roster except in very few cases.

D1- Let's talk about D1. It is a low move that acts as a great poking tool. In addition, D1 is usually the fastest normal that most characters have. For Scorpion, his D1 is about 7f. There are characters who have theirs at 6f, while a character like Frost has hers at 8f. With all that said, the move is generally safe, and there are almost no situations in which this move could be punished. So, you can check your opponents' dashes safely and possibly even start an offense.

U3- This is an excellent option and is a great move to use in interrupting your opponent. U3 is a truly remarkable button and is perhaps the only truly invincible button, meaning you can use it with almost no fear. If you land a hit, you can steal your turn back and launch a devastating offense.

U2- This is not as safe as U3, as it is not invincible, neither can it steal your turns, but it is quite useful as a counter hit and launcher into your own combos. So, if you read a jump, you can U2 your opponent and get a huge combo off of it. It can also be used on wakeup, but this is a tad risky because it isn't invincible, so if the opponent is still pressing buttons, you might get hit.

Backward and Forward roll- A roll is pretty straightforward and can be used to roll away from your opponent, or roll forward and end up behind them. Rolls are a great way to evade pressure and perhaps catch the other player unawares and launch a counterattack. Rolls are not perfect as they can be caught by grabs. So, if you roll and the opponent is wise to the move, they can grab you and deal some damage.

J- This is a move that anyone can get the hang of. If you want to escape a grab, neutral jumping might be your best option. Neutral jumping also evades some moves and opens up a careless opponent to a tonne of damage.

How do you win the neutral game? Neutral is the default state of any match. This means that at that moment, no one is pressing a button and are instead positioning themselves in the most advantageous spots to and an attack. In these scenarios, you have a few options available to you.

So that brings us to the end of this guide. It is hoped that it has been of some help. Note that when learning the neutral game, this isn't all there is to it; and instead, this is a basic guide aimed at helping newer players improve. Consider that there are so many other variables to consider, including the match-up, stage, interactable objects on the stage, and so on. Also, practice as much as possible to ensure that every button you press is with purpose and not pure randomness.

If you enjoyed this guide, why not check out our Tier List for Mortal Kombat 11. You can also check out our catalog of guides here. And if you like what you see, give us a follow on Twitterand Facebook.