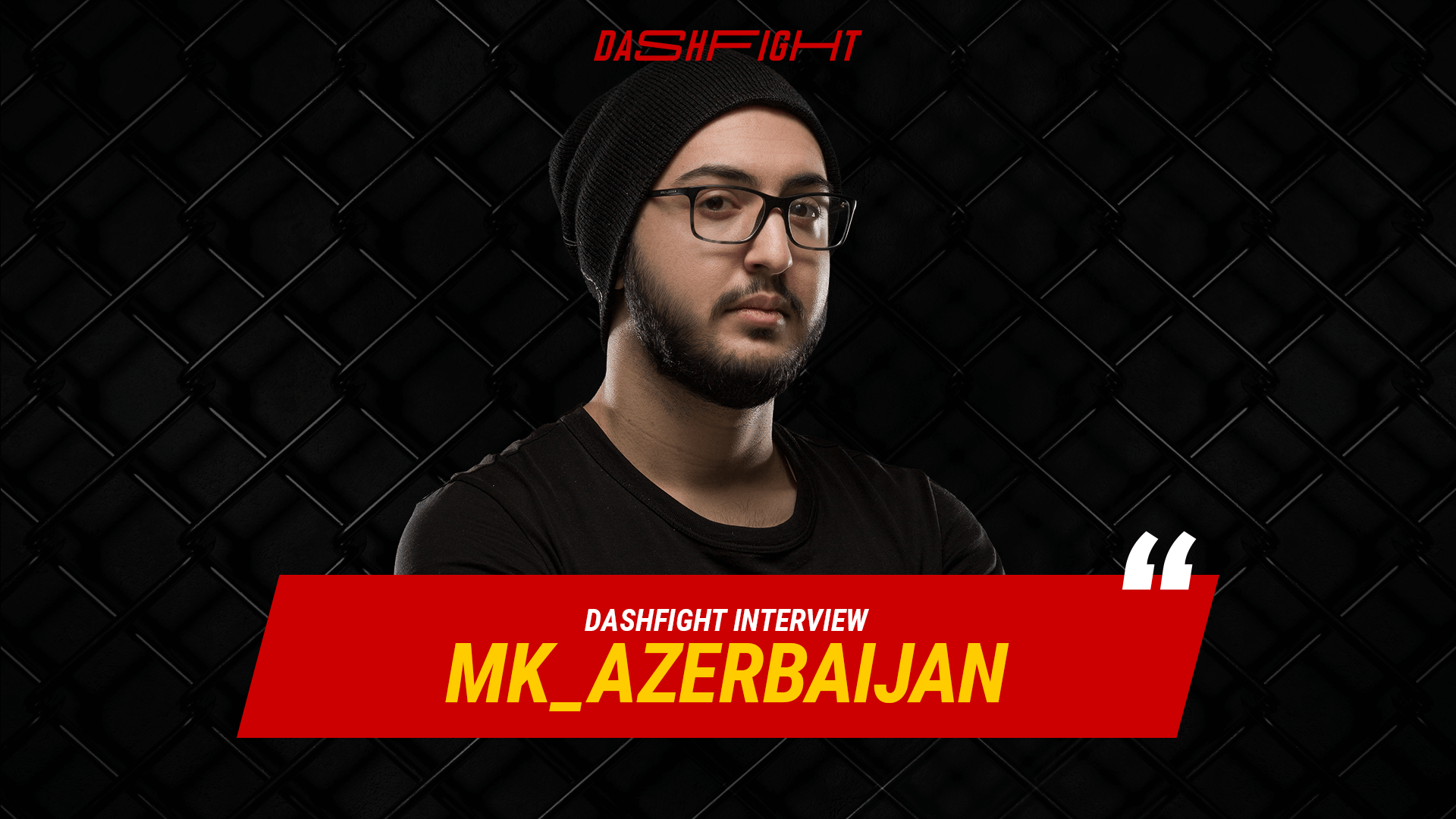 #Longread#WUFL#Interview
Azerbaijan's issues with competitions, possible solutions, and passionate work to do the right thing

We live in the day and age where everyone can find themselves tournaments to compete in weekly. It would seem like there can be no excuses not to pursue your dream career. However, not everything is all sunshine and rainbows. Some of the countries worldwide get the short end of the stick with the logistics and the ability to participate in most of those events. One such unfortunate pocket is the land between the Black Sea and the Caspian Sea with three small countries: Georgia, Armenia, and Azerbaijan. We spoke with the latter’s representative at the WePlay Ultimate Fighting League Season 1 – Hamid “MK_Azerbaijan” Mustafayev. He told us the grim reality of his beautiful country’s competitive scene and expressed the hope that his efforts will not go unnoticed.

Hi! You’ve recently stated that players from Azerbaijan have difficulty attending some of the tournaments. What are the reasons behind this?

Hello! There are several reasons for that. First of all, a lot of people don't know what Azerbaijan means. That's the first roadblock. Azerbaijan was not included in the last Pro Kompetition. And the second thing is about ESL. They only have Ukraine and Russia from the CIS region in any game. It seems like they don't know that there many more countries that are actually in the CIS region. That's also one of the reasons. One more reason is actually PlayStation. The weekly tournaments that ESL does are a collaboration with PlayStation, which doesn't have a partnership with Azerbaijan. That's the main reason why we cannot play anywhere. This year's Pro Kompetition is also online. And they collaborated with Sony as well. Mostly, it's all due to Sony not having a partnership with Azerbaijan. There might be some other issues as well, but we don't know that. We have many good players who can play toe-to-toe with Europeans, and we have a stable connection. We can play with them casually, but at the end of the day, we cannot participate when it comes to competitive events. People in the Azerbaijani community have a lot of passion for MK, but they basically can't play the game. I think 99% of the time, it's all PlayStation's fault when it comes to Mortal Kombat.

So, is it an issue only with this platform?

I don't know how is it with other games, but for Mortal Kombat, we don't have any tournaments on Xbox. And PlayStation, as I said before, doesn't have a partnership with Azerbaijan. Neither does Georgia, I think. It's like they believe that the CIS region is only Ukraine and Russia. And obviously, that's not the case. They have to give a lot of opportunities for other places as well.

Is this a Mortal Kombat-only issue, or does it also apply to other fighting games?

What are the other outstanding fighting games? SOULCALIBUR and Tekken, right? They also have some PlayStation weekly series, and yes, we cannot play in any of them either. Same with FIFA tournaments. I think our players can't play in any FIFA competitions as well when it comes to ESL.

Is there no esports federation or any instance in Azerbaijan that could help negotiate the solutions?

There is the Azerbaijan Cybersports Federation, and there is also an organization that's putting a lot of money into esports in our country – it's called Gaming League Azerbaijan. However, it seems like they're not even trying, but I might be wrong. I'm doing my best to actually represent the country so that somehow someone can help us, but they're not doing it. They're not even sponsoring me. The last time when I was invited to WePlay Dragon Temple, I played against the best players in the world. Don't get me wrong, Azerbaijan has many good players, but we don't have top players right now. I hope we will in the future. But right now, Azerbaijan doesn't have a player at my level. But yet they are not sponsoring for some reason. So yeah, with GLA, I don't even know what their passion is about or what their aim is. But at the same time, I don't have any significant issues with the company. As for the Azerbaijan Cybersports Federation, they helped me a lot. When I started competing offline, my first major offline event was Viennality. I just sent a message on Facebook to the Cybersport Federation, and they invited me to an interview. The Federation president met me, and we are still in contact with him even right now. He is such a nice person. He helped me a lot with travels and financial issues. I will never forget about it. And I think they might change something in the future. But right now, the situation is unfortunate.

Did you pick the name MK_Azerbaijan to raise awareness about this situation in the region?

The name has a really good story. When I started playing Mortal Kombat, I started with Mortal Kombat X. I really liked this game, and I played it casually, not competitively. But we wanted to create some community in Azerbaijan. So I decided to name my PlayStation profile MK_Azerbaijan just so other Azerbaijani players could recognize me and message me. Eventually, the community grew, and right now, we have around 50 or 60 people in our ranks. Moreover, most of them are very good. A lot of them found me because of that profile name. After I started playing competitively, I stuck with that name because everyone already knew me with that name: MK_Azerbaijan, the Demolition Sonya player. That's how it went. It's possibly weird-sounding to have a name of the country as your name nickname, and I wanted to change it several times, but I just couldn't bring myself to do it. Everyone knows me as MK_Azerbaijan, so it is how it is. Now though, I'm happy to have this name because, in recent years, I realized that Azerbaijan doesn't have the same opportunities as other regions to compete in esports. And esports is getting bigger, and bigger, and bigger. I'm delighted to be a part of it, and I think I did my best job representing my country very proudly. I've got several top 8 finishes. I'm one of the most recognized players in our region. I think this name worked. It really paid off.

You’ve played against most of the good players in Azerbaijan. Tell us what we are missing out on by not seeing the best players from your country at the tournaments: how good are they, anyone close to being as good as you?

There are a lot of good players in Azerbaijan. One of them is 15 years old. His name is Damastir. I'm pretty sure a lot of people from the EU community will recognize his name. He's playing Jacqui Briggs, and he's dominating right now. Every competition he plays, every tournament he participates in, he's just getting to top-8 no matter how hard it is. Last time at the Lockdown Throwdown 4, he finished in the top eight, and I wasn't able to myself. You can see that the potential is there. There's also PoBratsky, Emil Mirzeyev. He’s a really good friend of mine. He is the person who taught me to play this game competitively. Sadly, he's not playing that much right now. But he's super good. There are many others, I can keep naming them forever. We have a vast community in Mortal Kombat and other fighting games and titles like CS:GO and Dota 2.

Any final words you’d like to address to anyone?

I would like to address the people who can make some real change so that Azerbaijan can be part of some really good competition. I'm really trying my best to represent my country, but it's just not enough. There has to be some preeminent force to make it work. Hopefully, if they read this interview, maybe they will try to make a change. I hope that Azerbaijan will be able to compete like any other country in our region.

Thank you very much!