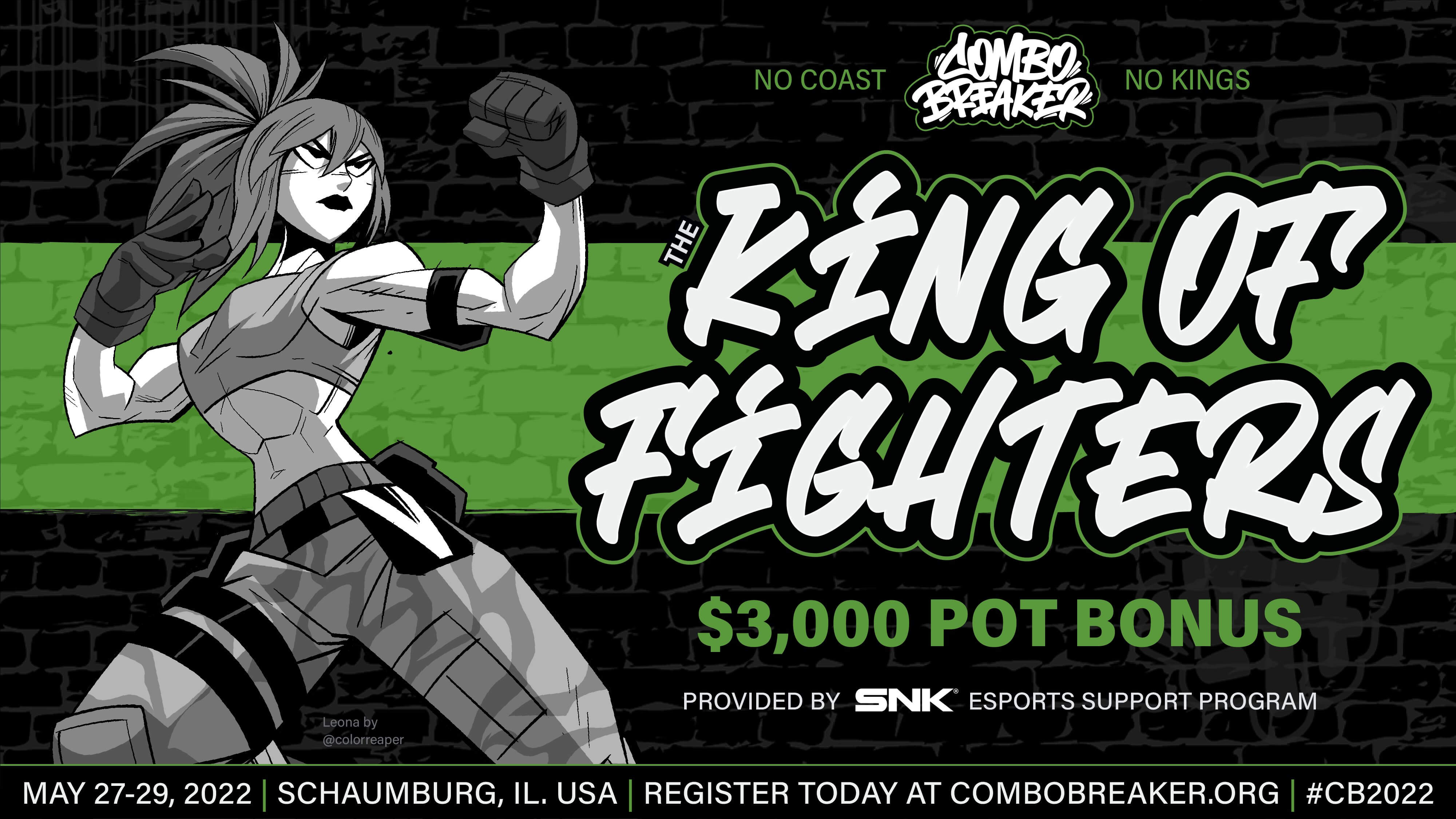 Combo Breaker looms ever closer and we are starting to get some of the most important bits of information regarding the tournament. Recently we learned that SNK had pledged to support the prize pot for CB2022 under their SNK esports Support Program (SESP). Now it has been revealed that the fighting game developer has made the amount of $3000 available for the tournament.

Apart from this huge announcement, the other important updates have had to do with characters. A few days ago it was announced that Combo Breaker was considering banning Lab Coat (Android 21) from the tournament following controversy regarding her toolset which many consider overpowered. It was eventually decided that she would be allowed at the tournament. Similarly, there was some worry that a new KOF team, Team South Town which consists of Geese Howard, Billy Kane, and Ryuji Yamazaki, might be banned from the tournament. But, it has now been announced that the team will also be allowed in the tournament.