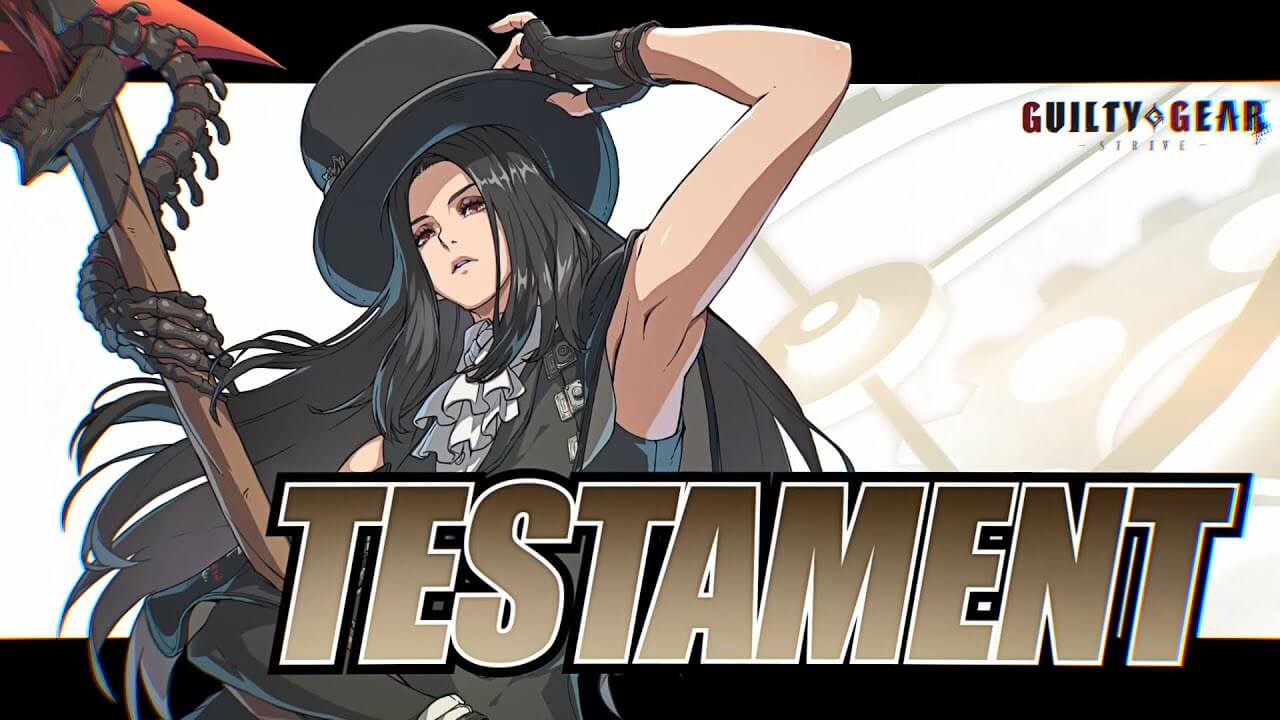 After the ARCREVO America tournament, fans of Guilty Gear -STRIVE- got a treat— the disclosure of the final DLC character for Season 1 of the wildly popular game. There was speculation that it could be Slayer or even That Man, but it was revealed that Testament will be the final character for this season.

Testament is not new to the Guilty Gear series, but it soon became clear that they had received something of a makeover. Now Testament sports a lovely hat and looks a bit like Rose the Hat from the Dr. Sleep movie.

It has also been confirmed that Testament is agender. According to the lore, Testament was born male, but was reconstructed as a gear who turned villainous after losing trust in humans and helping Justice in their war against the human race.

In the starter guide published on YouTube, we see that Testament has a cool moveset including the ability to summon a huge beast to use as a low or overhead. They also possess a projectile and teleportation. They can also poison the opponent and hit at them. They are reminiscent of Zato's playstyle a little and it will be interesting to see how popular the character becomes in the game.

Testament is coming on the 28th of March 2022 and will be the final character for Season one of GGST. Work on Season two is already underway as was announced during the Japanese FG publishers roundtable.