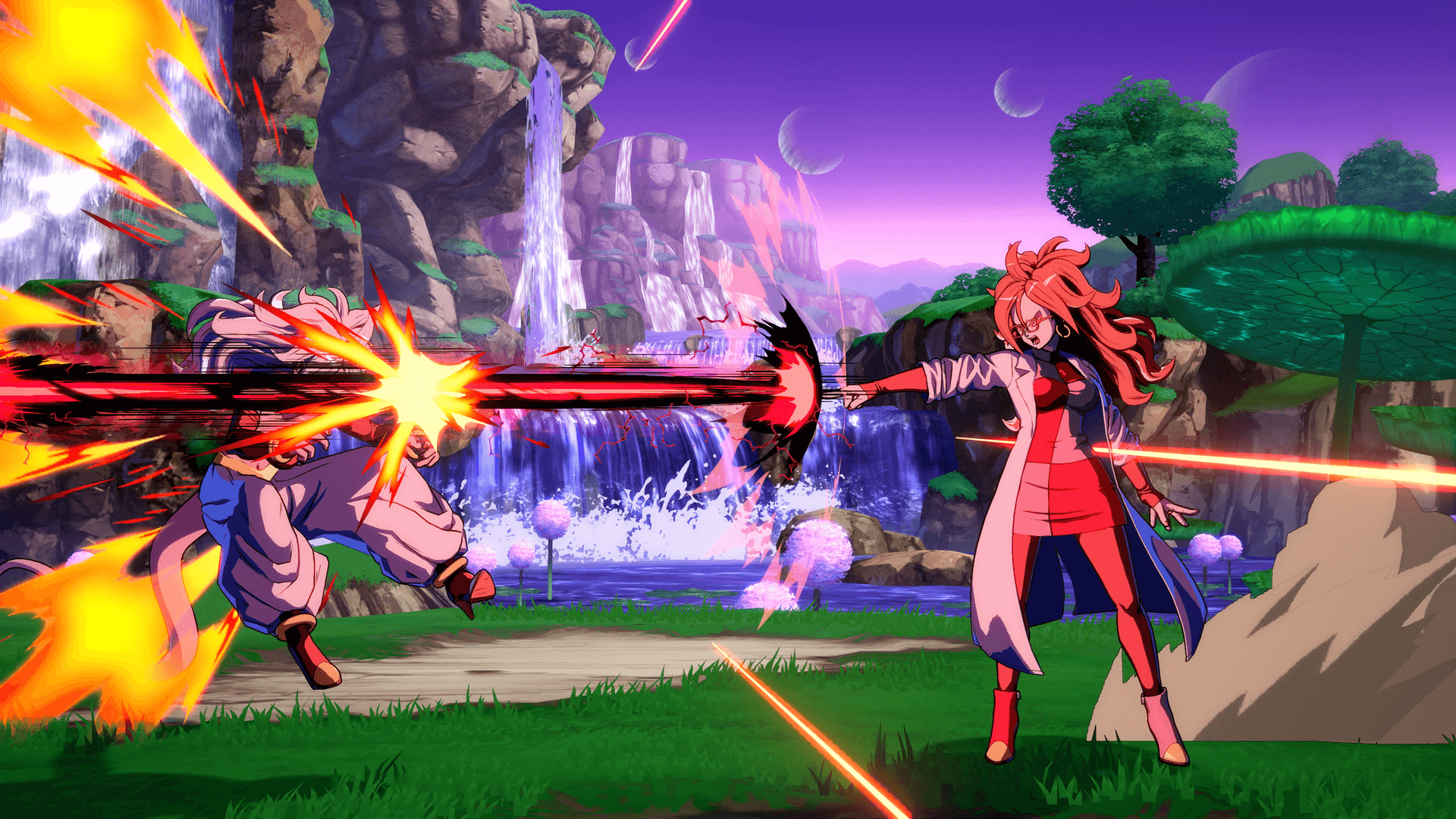 This new character is available in Dragon Ball FighterZ.

Android 21 (Lab Coat) is out now. That means we can finally take her to the team and get the direct experience — whether she is a proper character or just a skin.

Alright, those discussions are way behind. The community had a chance to witness Labroid (thanks for the name, ApologyMan). She joined the fun action during the DBFZ Team & Draft tournament. And yeah, some players and commentators have shown this character on Twitter or their streams. Some videos demonstrate early combos.

So far, Android 21 (Lab Coat) looks like a fun character to play. Of course, time is needed to see if she could join the high-level competitive environment.