Jacqui Briggs is the daughter of military veteran Jax Briggs. She went against her father wishes when she joined the army and eventually was opted into working inside the Outer World Investigation AgencyKnow more

MK11 Guide: How To Play Against Jacqui Briggs featuring MokoraN 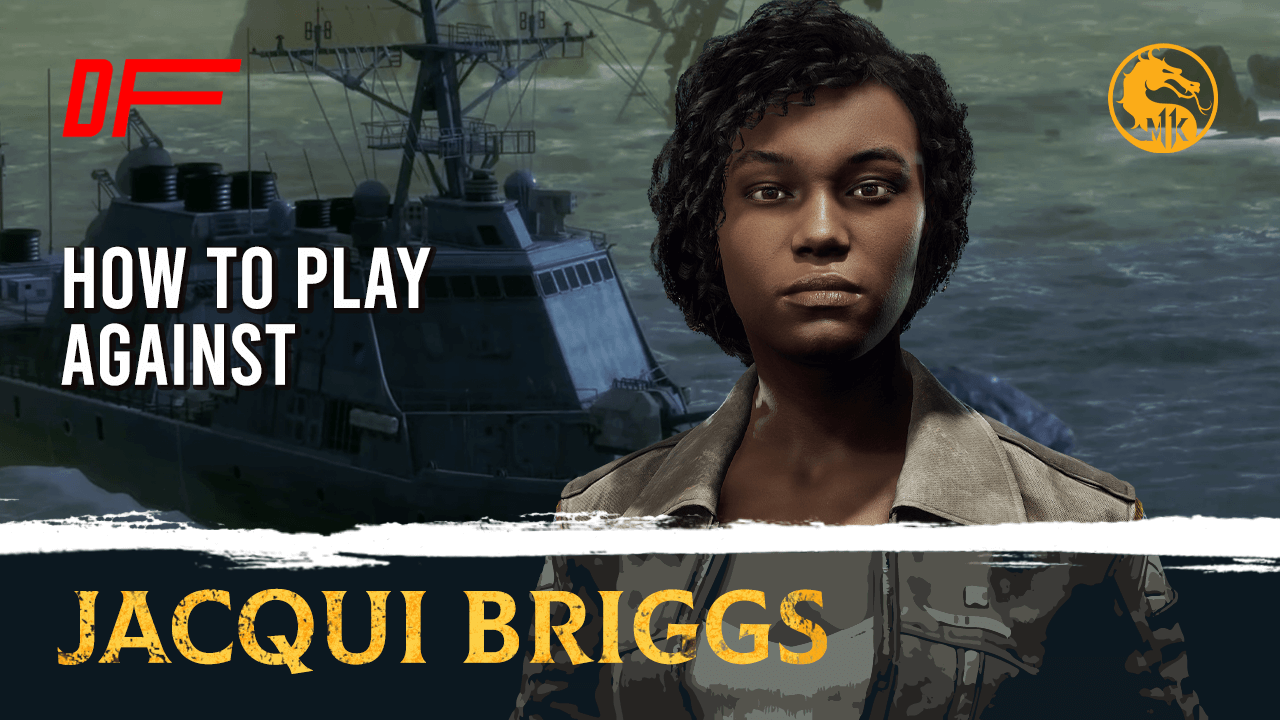 MK11 Guide: How To Play Against Jacqui Briggs featuring MokoraN

The rushdown monster that is Jacqui can be a challenge for anyone, so here are all the way you can alleviate your struggles.

Jacqui Briggs has garnered the attention of MK players since her first appearance in Mortal Kombat X, not all of it positive however. She was always a bit of a niche character with a lot of potential to be fleshed out in future installments. Some that would happen in the comics, but in the games? there was not a whole lot for people to chew on, except for her infinite bullets, that is. Come Mortal Kombat 11, and she now sports more personality while also suffering from being given important roles in a story while she still is an undeveloped character. So, how did we get here? Why is Jacqui so hated?

ACTUAL Most hated MK 11 character | Why Jacqui Briggs is HATED? by [ Arya ] | DashFight

The first time we were introduced to Jacqui Briggs was in the Mortal Kombat X comic series. There we’d establish some of the building blocks of her personality, Like her life-long friendship with Cassie Cage, daughter of Johnny and Sonya. As well as her relationship with her father, Jax. Worth remembering that the only reason she is alive is because Jax was able to break free from Quan Chi’s magic and, during his recovery, met Vera, the woman he would eventually marry and have Jacqui with.

Jax’s past never indeed left him, even after years of rehabilitation. So it should not be surprising to see him as an overly protective father, he tried as hard as he could to keep Jacqui away from the Special Forces, but ultimately, he understood Jacqui was going to risk her life to save others no matter how hard he tried.

Jacqui is then another member of the special forces fighting for Earthrealm. As part of said team, she would grow fond of a certain fan-favorite fighter from the Mortal Kombat X days, Takeda Takahashi. Unfortunately, their relationship would not carry on to Mortal Kombat 11 but still might in future entries of the series.

It's interesting to think what Jacqui's general reception by the lore-loving audience would be had it not been for NetherRealm’s decision to give her and Cassie a more prominent role in Mortal Kombat 11’s main story. Jacqui’s character development had been slow but consistent until this point, thanks in large part to it being mostly left to the comic’s readers.

Now as a center-stage character, what were previously underdeveloped visuals and character traits; were now a bit more obvious, and canonized into the franchise’s new timeline.

The chief complaint about her is a lack of character and aesthetics. Something that is usually in abundance for Mortal Kombat games. In her MKX days she looks on part for the Special forces, but not much else. She would look the part of a background soldier in certain stages.

MK11 did her a lot of favor in that regard, expanding her visual identity to more than just tactic-cool gear and tech weapons. But she is, ultimately, just a good fighter with government-procured electric fighting gauntlets and blood relation to a beloved first-generation character.

Maybe Jacqui’s biggest sin was just being one of the least interesting new generation characters that NRS brought to light in recent years. But obviously, her style and personality are only part of who Jacqui is, let us discuss her gameplay.

If you are a recent convert to Mortal Kombat and start with MK11, you might be a little confused as to why people find Jacqui Briggs so painful to play against.

Sure, rushdown characters are always a pain to deal with no matter what game you are on, but her game plan is rather straightforward. I mean, she doesn’t even have that many mix-ups.

Well to get an idea as to why the temperature rises whenever she is brought up to players it might be worth looking at how she played in Mortal Kombat X.

She was a Keep away character through and through. She even had a machinegun attached to her arm! She was very much an overpowered character that didn’t feel great to play against under any situation. The fact she was changed for MK11 was great, but many people who had fallen in love with the core idea of Jacqui as a tech-savvy fighter who played keep-away with her opponents were understandably angry.

There is also an argument to be made that in an effort to reduce her range viability NRS went a step too far and made her an all-or-nothing rushdown character. Not to make excuses for just how oppressive she was in MKX, but perhaps turning that into sheer close-range power was not the best option.

Another element in the makeover from MKX to MK11 was the powered-up normals. Jacqui sports some of the fastest normals in the game, she is without a doubt a powerful up-close fighter who can put a lot of pressure downstream on her opponent and frame trap them into hell.

If you want to see a detailed breakdown of her kit you can always watch our guide with LawKorridor on youtube!

JACQUI Guide by [ LawKorridor ] | MK11| DashFight | All you need to know

One of her strongest moves is Going Ballistic, F3,1 a 9-frame mid it can be hit confirmed into its full string of F3, 1, 4, 1+3. Even when you can’t connect the first part, you can still pull back and block at just -2. With it, you can choose to poke down low, try again for the F3, 1 if your opponent didn’t respond in time, or play it safer by backdashing and waiting for the whiff to start the string again.

Jacqui’s Bionic Bounce is a move that also causes many headaches for new players. It gives her enough mobility to close down the distance and bring the fight up close once again. Though susceptible to anti-air when used offensively, it can be used as an escape tool after a blockstring.

Of course, we can’t go on without mentioning one of Jacqui's most visually iconic moves in her Enhanced Air Blast. A DB1 variation move that allows the amplification of her air attack. Worth remembering that it is capable of countering pretty much and anti-air options. But even better, it keeps opponents standing, meaning they can’t just break away from a combo with it.

The most difficult part of its counterplay is knowing what option the Jacqui player will use. If you get too comfortable with a single amplification, then you might be able to catch her with a normal anti-air right before the amplified version pops up by blocking the first hit. But if she has two bars to burn, the second attack will hit you and cause you even more pain.

Generally speaking, it's easy to see why players feel overwhelmed when facing a well-prepared Jacqui player her ability to rush opponents down has almost no compromises. And even when faced with an opponent with great zoning capabilities, she still has a few tricks up her sleeve, such as her Granade Launcher or Bionic Leap to close the distance and put on the pressure again.