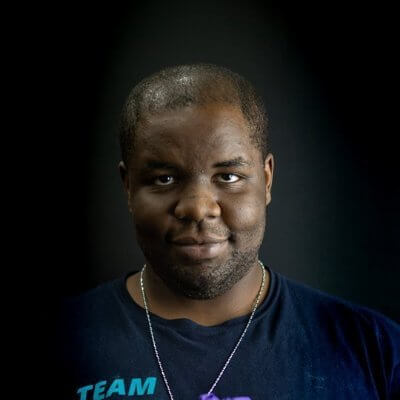 Courtney "KH_BLACK" Jones is a fighting games player from Houston, Texas who has been known to compete in titles such as Dragon Ball FighterZ, Guilty Gear Strive, and Mortal Kombat 11.