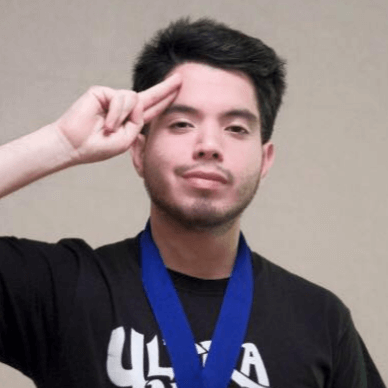 Kenneth "Bass" Armas is a professional fighting games competitor from West New York, New Jersey, United States, formerly known as "UA Bass" and "Evil Bass". They are most known as a talented Killer Instinct player who mains Spinal. Bass is at the top of world KI rankings, according to FGCRANKINGS.com

It is hard to establish the date of Armas's first entry into competitive fighting games, yet the earliest available sources refer to Evo 2015 (KI), where they took 7th place.