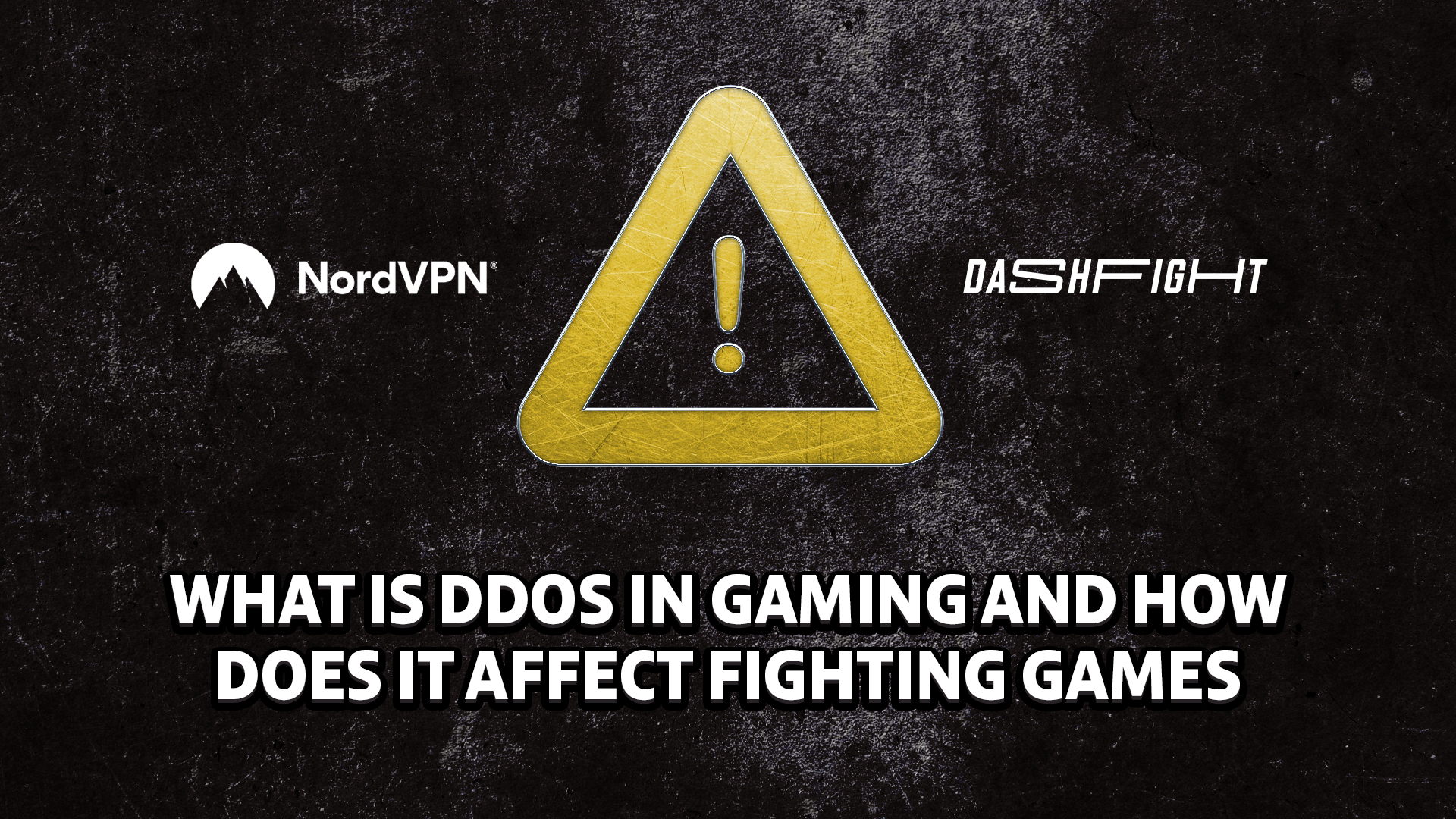 What is DDoS in gaming and how to protect yourself?

Imagine a situation: you’re sitting home in your comfortable gaming chair, sipping your tea or any other beverage of your choice. On your monitor, a plethora of fighters are ready to be the chosen one, the lone warrior who, at your behest, will battle to a bitter end against the opponent. You grip your gamepad tighter – it’s time for online fighting. Your adversary is found within seconds – your connection is good, and the game has a decent netcode. You square off against your vis-à-vis, but suddenly, your game just stops responding, you get the connection error, and your internet, in general, ceases to function. Our condolences – you have been DDoSed.

To understand what does DDoS mean in gaming, we need to understand what it is in general. DDoS stands for Distributed denial-of-service. These attacks are perpetrated to disrupt the work of servers that are in use by companies or regular people. They’re done by sending a very high number of requests that jam the network, making it almost unusable until the attack is over. They’re highly illegal in most countries, and the US Computer Fraud and Abuse act even states:

"DDoS attacks are illegal under the Computer Fraud and Abuse Act. Starting a DDoS attack against a network without permission is going to cost you up to 10 years in prison and up to a $500,000 fine. Mar 29, 2020."

These attacks aren’t a direct security risk by their nature, but they can be damaging, as the user who’s under attack essentially can’t use internet services at all. Users who had their IP addresses exposed are at significantly more risk of being targeted in such attacks. However, in regular scenarios, these attacks are more often performed against organizations and services rather than regular people.

But what is a DDoS attack in gaming? DDoS changes its meaning and purpose in gaming. These attacks can be perpetrated against an enemy team in group games or against singular players in the case of fighting games. The goal of the orchestrators of such attacks is to, simply, win at any cost. More often than not, people that use these strategies are placed well above their actual skill level, and they do whatever it takes to stay this high – even if it means resorting to such unlawful methods as DDoS attacks. Remember – whoever does a DDoS attack is committing a crime.

To further understand what is DDoS in gaming, you need to realize how it works. Some of the most popular games on the market like Mortal Kombat 11 and Guilty Gear -STRIVE- have a very good netcode, that ensures stable connection and smooth gameplay between the players. Sadly, however, it doesn’t mean that you’re safe from being DDoSed. In fact, your entire network is being bombarded by lots of requests, jamming all the connections.

Many games like League of Legends, Counter-Strike: Global Offensive, Overwatch, Dota 2, take place on dedicated servers that all the participants of the matches connect to. They have much more sophisticated defense options than just a usual player can have. Fighting games usually function on a peer-to-peer method, meaning that you and your opponent directly connect to each other. Getting the IP address of a match isn’t exactly rocket science for those who know what they’re doing. Some perpetrators try to invite their would-be victims into voice chats, and many popular VoIP services can inadvertently expose your IP address, which is a death sentence to your connection at the hands of a DDoS attack organizer.

The issue is widespread enough that NRS themselves needed to step in and make a statement on the nefarious actions at the MK's Kombat League.

“We are aware of numerous DDOS attacks perpetrated by a certain player in the Kombat League. We intend to make use of all options available to us to address this situation. Thank you for your patience!”

A well-known community figure Stephen "Sajam" Lyon talked about his experience being DDoSed during his Kombat League grind back in 2019.

“I went online to play a little bit of Kombat League. I was on PC, and to be honest with you, I thought the PC version was relatively safe, and I don’t have to worry about some weird connections and anything like that. I was wrong.”

DDoS attacks in gaming can happen regardless of whether you’re playing on a PC or a console – they jam your connection entirely.

However, there are ways to combat them.

The first and most important suggestion is to do your best to prevent your IP address from being exposed to anyone, but sometimes it’s easier said than done. For times like these, you can get yourself a powerful VPN that has good security options.

Connecting to a VPN service hides your IP, and the attackers would only see your VPN server, which is much better equipped to deal with such attacks. While VPN is much easier used on PC, you can also protect your consoles (and any other devices on the same network) by installing the service on your router. However, it’s advisable to use only trusted and reputable providers, as some shady companies can sell your IP address and logs to the 3rd party buyers.

Some of the best VPNs for gaming currently on the market are:

For example, a privacy-focused service like NordVPN utilizes a technology called NordLynx based on the WireGuard protocol. In regular language, this means that you will have high connection speeds without any privacy tradeoffs. They also offer OpenVPN and IKEv2/IPsec protocols, if you prefer. A single account will allow you to secure up to 6 devices and is compatible with Windows, macOS, Android, iOS, Linux, and Android TV. NordVPN has more than 5000 servers in 60 countries, and the app automatically chooses the fastest server in a selected country. What’s notable about NordVPN is that they’re known for recording no logs or any user information for the sake of confidentiality and integrity.

Get a discount on SurfShark plan with DashFight

If you intend to use NordVPN for anything other than gaming, you can use their newly-added Threat Protection feature, which essentially serves as an antivirus software and protects you from malicious websites and trackers.

Get a great deal on AtlasVPN with DashFight

We hope that we managed to convey the DDoS meaning in gaming to you, alongside the importance of protecting yourself against such nefarious activities. Stay safe on the internet and have fun playing fighting games online!

You have a chance to win the 2-year plan of NordVPN in our giveaway. Simply follow DashFight on Twitter and retweet our NordVPN promo, and in 2 weeks we’ll pick the lucky winner!

*This is a partnered article.