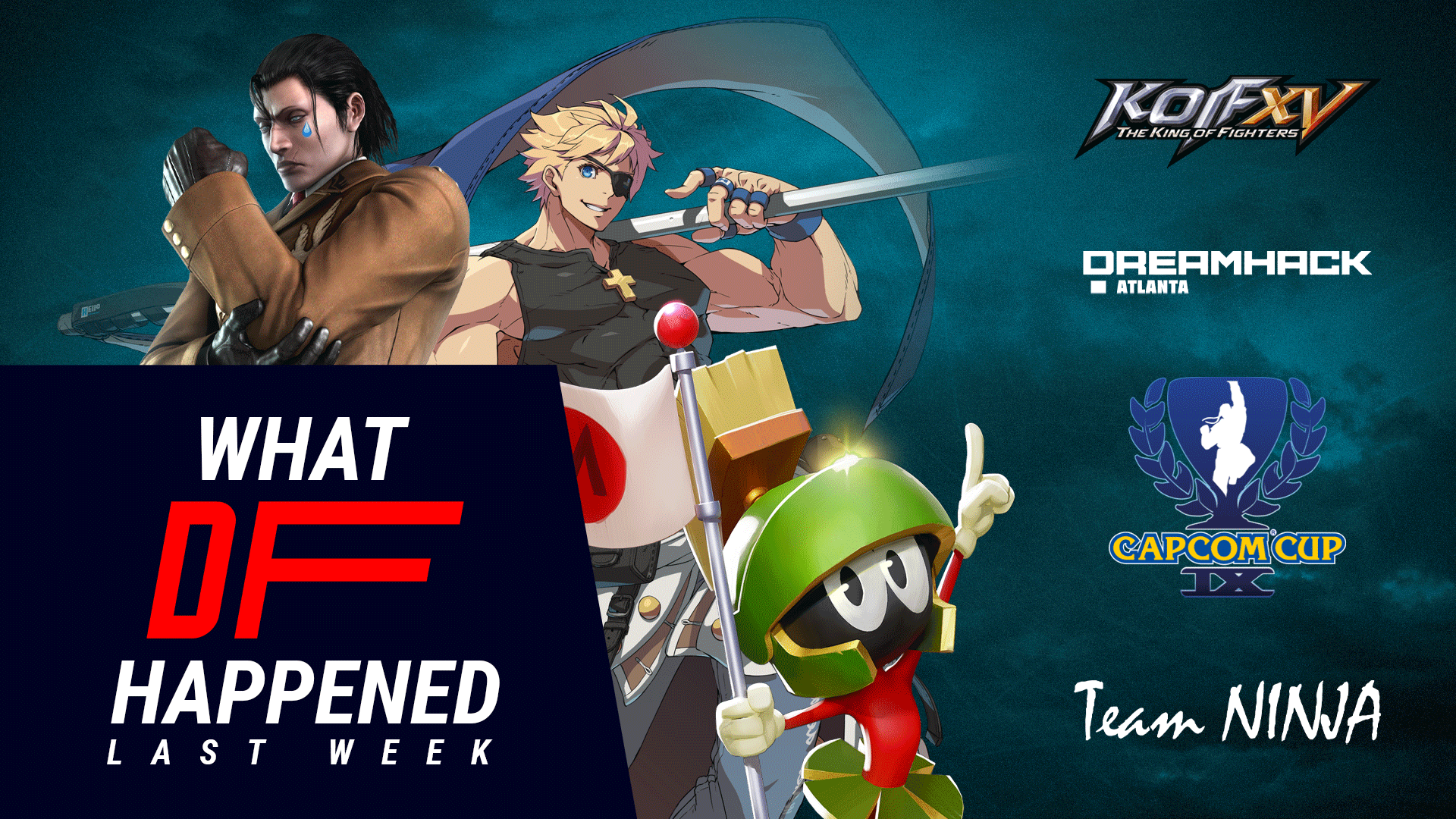 Another week passes by, and DashFight is here again to bring you up to speed with all the notable news that happened in the last seven days. Just sit back and enjoy your news feed down below.

During the G-Star Conference in South Korea, Team Ninja announced that they're working on the reboot of the renowned Dead or Alive franchise. Dead or Alive, alongside Tekken, was a pioneer of the 3D fighters, but its latest installment failed to keep up in terms of quality and popularity with the other franchises. So a reboot treatment seems logical and might become what the title needs to return to the top tier of fighting games.

The voice of Dragunov passed away

Japanese agency Yen Planning shared the news that Kenichi Morozumi, the voice actor who's known, among everything else, for his performance as Dragunov in several Tekken games, passed away at the age of 67 on September 1, 2022. Among his other works were characters in Gantz, Black Lagoon, Soul Eater, Samurai Champloo, and Terra Formars.

A couple of days ago, MultiVersus Open Beta received another update alongside the new character, Marvin the Martian. The patch features multiple bug fixes for PC and console users and multiple character tweaks as well. Check out the full official patch notes here.

Capcom finally revealed the date for the upcoming Capcom Cup IX, which is set to happen on February 12-19, 2023, and will feature the Last Chance Qualifier tournament, group stage for the main event, Street Fighter League World Championship, and the Finals. Check out the official trailer down below.

Crossplay for KOFXV and rollback for SamSho

SNK released a Season 2 announcement for The King of Fighters XV, which will feature balance changes for certain characters, a couple of new characters already revealed, like Shingo Yabuki and Kim Kaphwan, and more to come later next year, and a crossplay open beta. In the meantime, Samurai Shodown will get a rollback netcode update with an open beta test on Steam in January 2023.

Guilty Gear -STRIVE- received an update a few days ago with a fresh addition to the roster. Sin Kiske joined the fray and is now available for all Season Pass 2 owners. Alongside him, Arc System Works introduced numerous bug fixes and improvements, which you can check in detail here.

A renowned digital festival alongside a fighting game convention returned to Atlanta last weekend and featured a lot of highly competitive-level tournaments. Be sure to check the results on the event's start.gg page or here on DashFight down below.