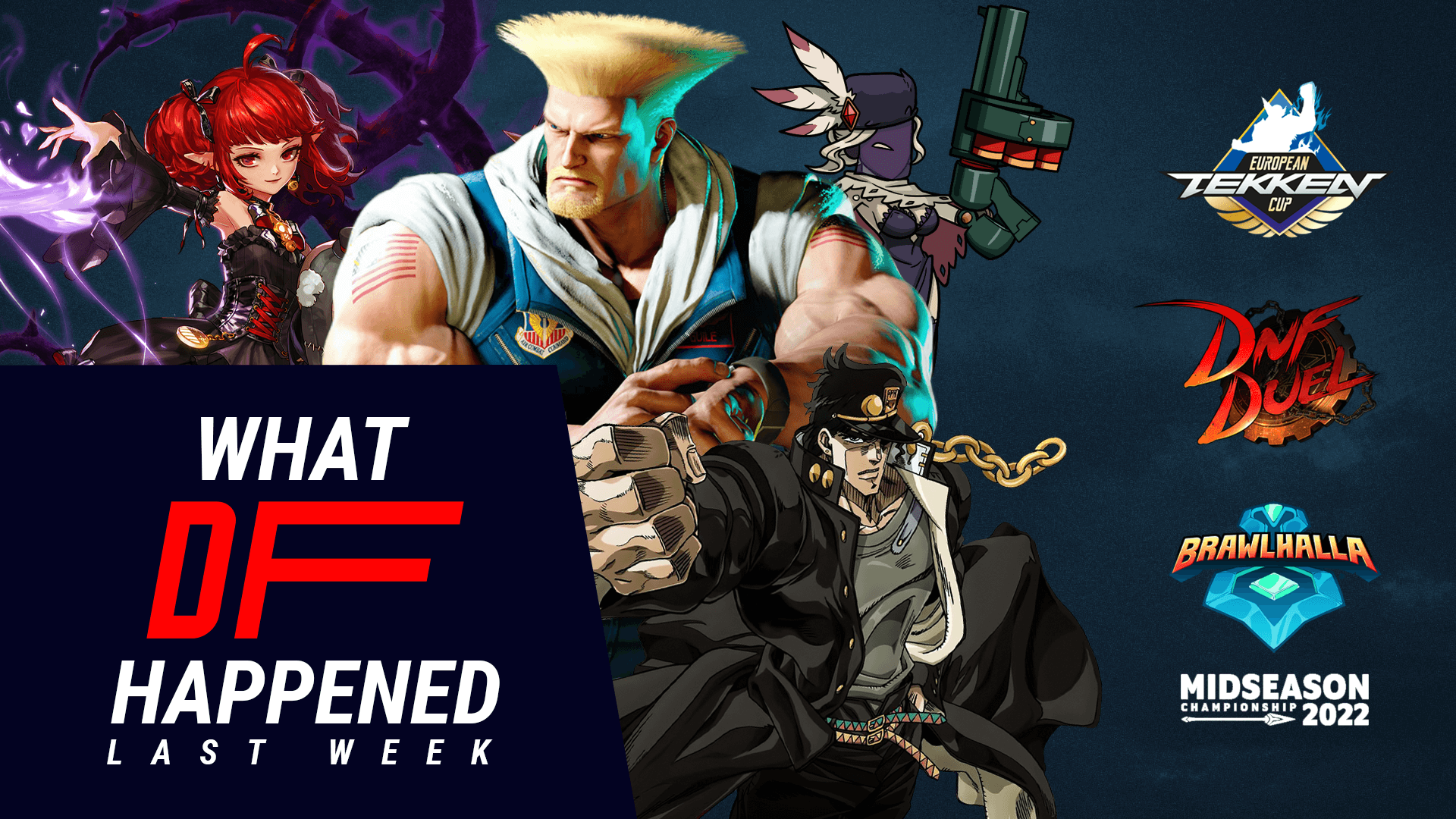 Another week passed and DashFight is here to briefly summarize everything notable happened in the fighting game community over the last seven days. So grab a snack and enjoy your all-in-one newsfeed down below!

Fresh anime fighter from Arc System Works, DNF Duel, is set to release just by the end of the month on June 28th, and to stir up our interest developers are treating the community with some fresh trailers. First, gameplay trailers for two characters, Swift Master and Enchantress, had been released last week.

It was followed by a launch trailer, showcasing everything the new game will feature.

During the recent Midseason Championship, Brawlhalla Season 6 has been revealed with a themed trailer showcasing all the really cool features the new battle-pass will bring to the game, including animated backgrounds, new maps, and of course character skins.

After the full reveal of Street Fighter 6, Capcom is regularly treating us with various stuff regarding the upcoming title and its features. This time we got a short video about Guile and his most iconic move Sonic Boom in particular.

Black Dahlia, Skullgirls 2nd Encore upcoming character, is now available for all the Battle Pass owners as an alpha version. It is a first public test for the new character, which is still in work-in-progress state

Last week the official Twitter account of Bandai Namco EU made an announcement of European Tekken Cup, coming July 2022. It will feature a bunch of national tournaments which will take place during the rest of the year, with a Final Cup tournament to take place in early 2023 as a conclusion.

JoJo's Bizarre Adventure: All-Star Battle R is set to release later this year, however, a playable demo of the upcoming fighter featuring four characters is currently available for all PS4 and PS5 owners until June 22.

That's a wrap up for today. If you enjoyed our brief digest, stay with DashFight and follow us on Twitter and YouTube for more news regarding your favorite fighting games, players, events, and characters. Have a good one!

Tekken 7 at CEO 2022: Another brilliant show in the Tekken World Tour