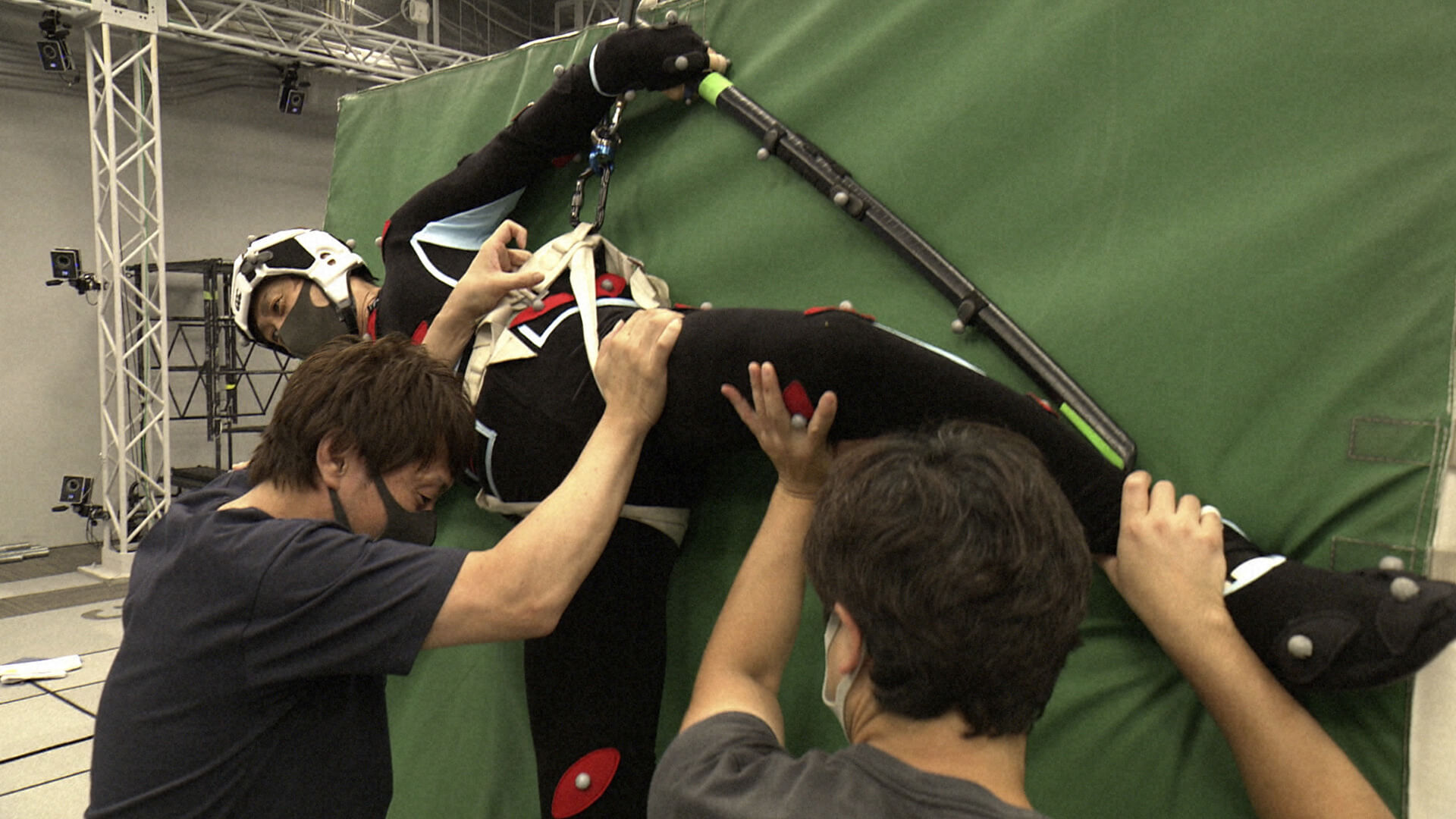 #News
Might indicate an unexpected reunion with a classic character!

NHK's recent interview with Wataru Koga, one of the most prolific motion capture actors in the gaming industry, might reveal new details about Tekken 8.

After a clip of the Tekken 8 trailer, behind the curtains video of motion capture performance shows some scenes from what might be a motion capture session for Tekken 8. Primarily, we are interested in the scene where a character holds a sword in their left hand (Yoshimitsu is left-handed), and gets blow away by an impact.

Another scene also shows Wataru Koga acting out what is clearly meant to be a velociraptor, leading us to believe that Tekken 8 could potentially include Alex, one of the oldest characters in the Tekken series.

With that said, you should take all of this with a grain of salt. Wataru Koga has done motion capture for hundreds of games, so the footage we were shown might not be related to Tekken 8. After all, when it comes to upcoming games with samurai we have Like a Dragon: Ishin! from the Yakuza devs and Rise of the Ronin from Team Ninja. While when it comes to dinosaurs, Capcom's Exoprimal seems to have quite a few.