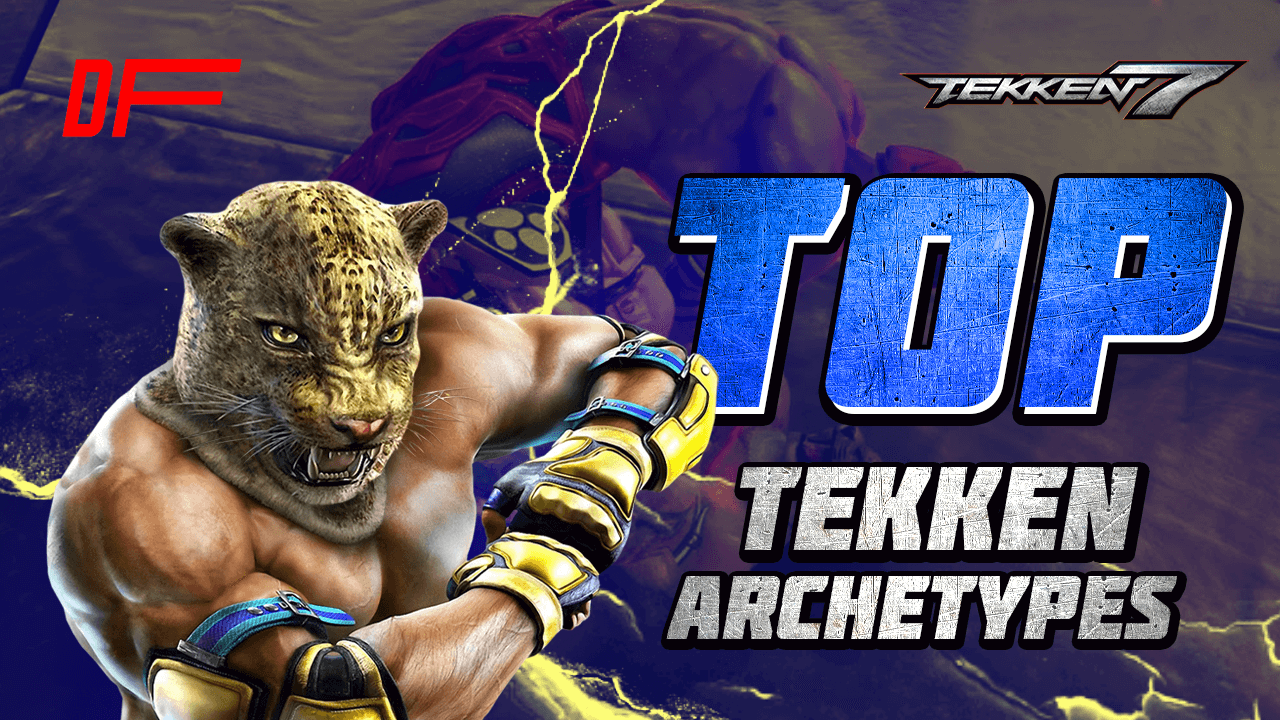 Hardly anyone would argue that one of the biggest draws of the fighting games genre is the options it gives for the players to express themselves. You can pick characters that please you visually, whose backstories and lore speak to you, those that suit your playstyle the most. It wouldn’t be correct to say that people who don’t pick the “STRONGEST AND THE MOST META DEFINING FIGHTERS” don’t want to win. No, they absolutely do. It’s just that they want to win on their own conditions. In a way, they want to win more than meta players do, as they want not only to see the coveted W after the battle but also to feel the satisfaction of all the training paying off, not just piggybacking off of broken characters.

Tekken is one such game that allows players to do pretty much anything they want. Play any style they want. Of course, some are more prominent than others, more powerful, or easier to execute. But there always will be people playing all of them. With all this said, let’s take a look at the top archetypes in Tekken.

Rushdown characters are perhaps the most intuitive to play for the newcomers to the genre. Their main shtick is to exert constant pressure with attacks, forcing the opponent to be on the defensive and trapping them in the block loop, threatening to do some delayed string or a combo. An aggressive approach, however, doesn’t mean a mindless approach. To be successful in this style you need to know both your moves and those of your opponent. You can’t force your vis-à-vis into submission if your move is -20 on block and they have a 15 frame punish ready.

Hwoarang is the quintessential rushdown character – many of his kicks have favorable frames, he’s quick and can stay on top of his opponent, and his stances allow for many options, be it mixups, cancels, or strings. The last thing you should do against them is to challenge them with your moves. Instead, you should look for a movement escape – a sidestep, backdash, or parry.

A semi-related archetype to the rushdown characters is mixups. These fighters excel at different kinds of pressure – mind games. They will make you guess, and then guess again, and again, and again. Their gameplay tools include several variations of strings, move startup animations that can go in different directions, or simply unreadable stances. This makes defending against mixup-heavy fighters a guessing game.

“Do I just crouchguard a low, or do I stand and try to block on reaction?” In reality, the defensive options are a little bit broader than that: you can sidestep hellsweeps, backdash from uppercuts, reaction-parry some slow lows. Yes, movement in Tekken 7 is not as powerful as it was in the games before, but having options still beats not having them. Essentially, do whatever you can not to get launched, even if it means eating a relatively damaging mid.

Still, this doesn’t make facing a competent Fahkumram, who has great reach in addition to his incredible mixup power. A recent character that embodies both archetypes we spoke about so far is Lidia. Her stances are a point of frustration for many players if she’s allowed to settle in her rhythm. If not, she still has her arsenal of simple favorable moves that can be used to rush her opponents down.

At this point, everyone knows that you can guess which button to press to break a throw based on the hand the opponent is extending first. And while many characters have great grab options in their kits (hello, Julia and Dragunov), we only have two pure grapplers in Tekken 7 – King and Armor King, with Craig Marduk being somewhere nearby. The most terrifying thing about them for any player (unless you’re a top tier or a professional) is that they are able to mix their throws. Many of their startups share the same animation while requiring different breaks. And they even have grab chains and deathloops, that can easily lead to your demise if not broken correctly.

Poking playstyle isn’t so much character-based as it is player-based. Most fighters are somewhat equipped to throw out damage in short bursts, retreating before the opponent replies, and not committing into big combos. Playing like this is more difficult than it may seem because it requires solid matchup knowledge to gauge just how much you can get away with in any given situation.

You don’t want to overcommit and eat a full launch for a lunch. Still, there are some naturally-predisposed characters that are better than others at this style – Law, Miguel, Shaheen, Kazumi, Katarina, and even the mixup beast Fahkumram.

They either have great simple tools like d/f1, or fast lows, or any other tool that helps them deal damage in short windows. Playing against this playstyle doesn’t require you to go out of your way to counter it. On the contrary, it is designed to try to make you abandon your plan, get frustrated, be overly aggressive, and start making mistakes. Always remember to not give them what they want – be calm and play your game.

Now, bear with me, I know this categorization is too broad. I will break it down further. The following subcategories that we’re going to talk about all stem from playing the game defensively, being on the back foot. But the decision to do so is deliberate and not an indicator of a lack of skill.

The first subcategory is turtling and counterhit baiting. Characters of this archetype generally prefer to stay back, sidestepping or backdashing from the incoming attacks while trying to make the opponent whiff or catch them on a counterhit. This approach is a complete antithesis to the rushdown playstyle: instead of gaining the initiative yourself, you’re willingly giving it all away and waiting for your opponent to do a misplay. A very good fighter that suits this style is Bryan Fury. Many of his damaging combos start with a counterhit, and he’s a master at baiting those out.

Another subcategory is evading. Characters that have moves or stances that move them out of the way of some attacks fall into this category. They are even better at negating the pressure-heavy opponents, as they don’t just wait, they actively punish. Two quintessential evasive characters are Ling Xiaoyu and Zafina. Both possess low stances that completely ignore mid and high moves, and can launch their own offensive from those positions. But an even better example of such a character is Steve Fox – he even has dedicated evasion buttons!

A subcategory of this subcategory can be called parries and move negation. These are the fighters that can simply ignore your hits, or even intercept them and turn them back on you. Characters like Asuka, Leroy, or Feng have reversal tools in their arsenal, but many others have access to something as simple as super armor – that counts too.

To fight them well you have to be mindful of their windows of opportunity to counter you. Not everyone can just do it on reaction, so bait those tools out from them and punish them for it. Don’t follow them into the guessing game – you have much more to lose if they do get you.

Obviously, these are not all archetypes that exist in Tekken, let alone fighting games. There are projectile spammers, mobility demons flying all over your screen, range abusers, even the Mishimas can be considered their own archetype. Tell us, what are your favorite archetypes? Who do you enjoy playing as? Thanks for watching!