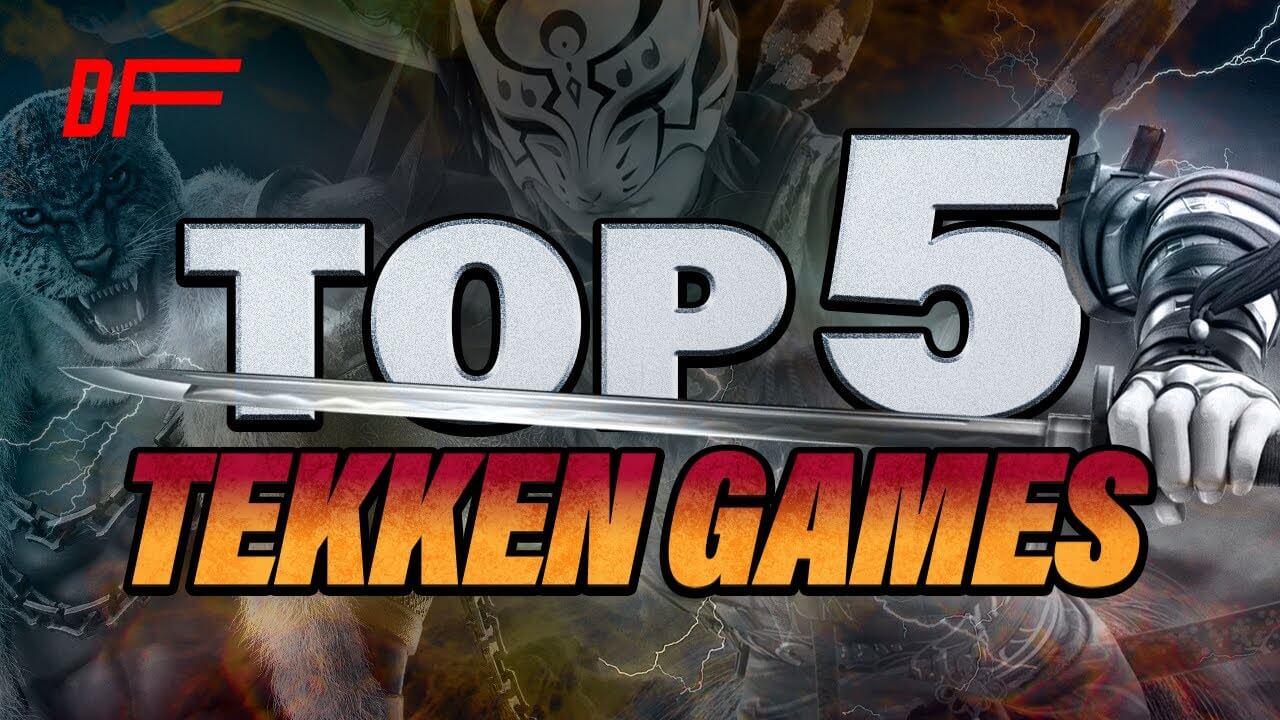 These are official, you're not allowed to disagree >:(

In September of 1994, the original Tekken was released. Namco initially conceived it as a little tech project with the goal of testing out the 3D animations and texture mapping, since the gaming industry was swiftly transitioning to the three dimensions.

Now, almost exactly 28 years later, after seven mainline titles and even more spin-offs, we are anxiously waiting for the new entry. And while we wait, why not look back at Tekken’s history and pick out five of the best games in the whole franchise.

For this list, we want to consider not just the raw gameplay and popularity of the games but also what kind of impact they had on the series, the community, and other things.

Tekken 3 is where the real Tekken begins. While the first two games are important in their own ways, if you go back and play them, you will find that they don’t have much in common with Tekken as we know it these days. The same could not be said for Tekken 3, which despite its old age, still stands out as the foundation on which the future games were built.

For the longest time, it was also the most well-selling Tekken game, and for a good reason. Tekken 3’s release on home consoles offered more than a complete package. You had plenty of versus modes to mess around with, a large roster of characters, and an arcade mode with unique ending cutscenes for almost every character.

Modes like Tekken Ball and Tekken Force also offered you to play something distinctly different from traditional fighting games while still utilizing the unique qualities of Tekken. To this day, this type of variety is all too rare in fighting games.

When it comes to presentation, Tekken 3 also knocked it out of the park. Despite the hardware limitations, the game featured some of the most detailed character models you’ll see on PS1, and despite not having 3D backgrounds, there are plenty of memorable stages.

Even less needs to be said about the music. If there’s a discussion about the best soundtrack in fighting games, you can reliably expect someone to mention Tekken 3.

Tekken 4 is one of the more polarizing entries in the franchise. Oftentimes people hate or love it for the exact same reasons. This game was the first one to introduce walls, but more importantly, it also featured uneven terrain, obstacles, and destructible objects.

The movement system underwent some unusual changes with the removal of neutral crouch and jumping (except for the forward jump) in favour of more immediate sidesteps. Other noticeable changes included the backdash nerfs to incentivize offence and the new position switch shove that replaces one of the generic throws.

With all the drastic changes, Tekken 4 turned out to be quite weird. It wasn’t as competitive or as deep as it could’ve been, but it’s hard to say that it wasn’t fun and different.

The story especially stands out as one of the best parts. While Tekken is not exactly known for the deep lore and fleshed-out characters, Tekken 4 tried to remedy that with a surprisingly detailed narrative, giving us more insight about the roster than ever (or since) while immersing you in its gritty atmosphere.

Overall, it’s a game that dared to try and continue Tekken 3’s vector of innovation instead of settling down with the already successful formula. While many of its features would never appear again, it led to walled stages being a staple going forward.

Who knows if Tekken would be as refined and solidified in its design as it is now if the developers back then didn’t take chances with Tekken 4.

Tag 2 is arguably the peak of depth and complexity in the franchise. When you combine the already extensive systems of Tekken and add the tag mechanics on top, you can have an unbelievable amount of options and possibilities alongside an impossibly high skill ceiling.

It’s this skill ceiling that made Tag 2 tournaments incredibly exciting, as the best players in the world would constantly push each other to the limit in a game with plenty of room for growth.

However, with the high skill ceiling also came a high barrier of entry. Many of the series veterans enjoyed the extra room for strategy, expression, and combos, but to newcomers, it was way too much to handle. This, unfortunately, led to Tag 2 being the worst-selling Tekken, despite it being an excellent game in its own right.

It’s really regrettable because outside of its exceedingly complex gameplay, Tekken Tag 2 was a true love letter to the franchise, much like the first spin-off. The colossal roster featured 59 fighters and included every Tekken character you could possibly ask for. There was also a great deal of attention and care put into various fanservice elements, like the tag throws, tag team entrances, victory animations, item moves, and continue screens.

Tekken Tag Tournament 2 might not have been as successful as it deserved to be, but it did a great job of celebrating the Tekken series and its legacy.

After the unfortunate performance of Tekken Tag 2, the entire series was in a rough spot. The developers had to fight an uphill battle not only for the new Tekken to be approved but also to make it good enough to restore the faith in the franchise.

We could say that Tekken 7 did just that, but numbers speak for themselves since it recently beat out Tekken 3 as the best-selling Tekken game of all time. Thanks to Tekken 7 and its continued support, the franchise has not only recovered but has become bigger than ever.

Part of this success stems from a few small additions that ended up making a huge difference. Namely, the final round music, slow-motion, and the rage system. These features led to many unlikely comebacks and nerve-racking round finishers, making the game not only exciting to play but also to watch.

To this day, it’s the most played traditional fighting game on Steam, and at any major tournament, the Tekken competition is going strong.

Even though many of us could make a list of the things we want to see improved (and we did), there’s no denying that Tekken 7 is still an amazing fighting game. That’s why no matter how much we might complain sometimes, the gameplay keeps us coming back for more.

After Tekken 4, Namco focused on going back to the more traditional Tekken experience while still taking lessons from their previous game. As a result, Tekken 5 was a pleasant return to form.

However, it’s the Dark Resurrection update that elevated it from a good Tekken to a fighting game masterpiece. It added new stages, new moves, a new soundtrack, new characters, and further polished the balance.

Years of refining the core gameplay and mechanics led to Tekken 5: DR becoming the ultimate competitive title in the series. While previous entries all had their fair share of tournaments, DR’s balance and systems allowed the competitive scene to thrive and take the game more seriously than ever.

From the more casual perspective, it also offered a much bigger roster, character customization, online battles with ranks and leaderboards, and the usual versus modes alongside a more interesting arcade experience.

While Tekken developers continued to make iterations on the formula in future games, it’s clear that they’ve struck gold with Tekken 5 DR and gained a more coherent vision of what defines Tekken.