The Secret To Killer Instinct’s Longevity 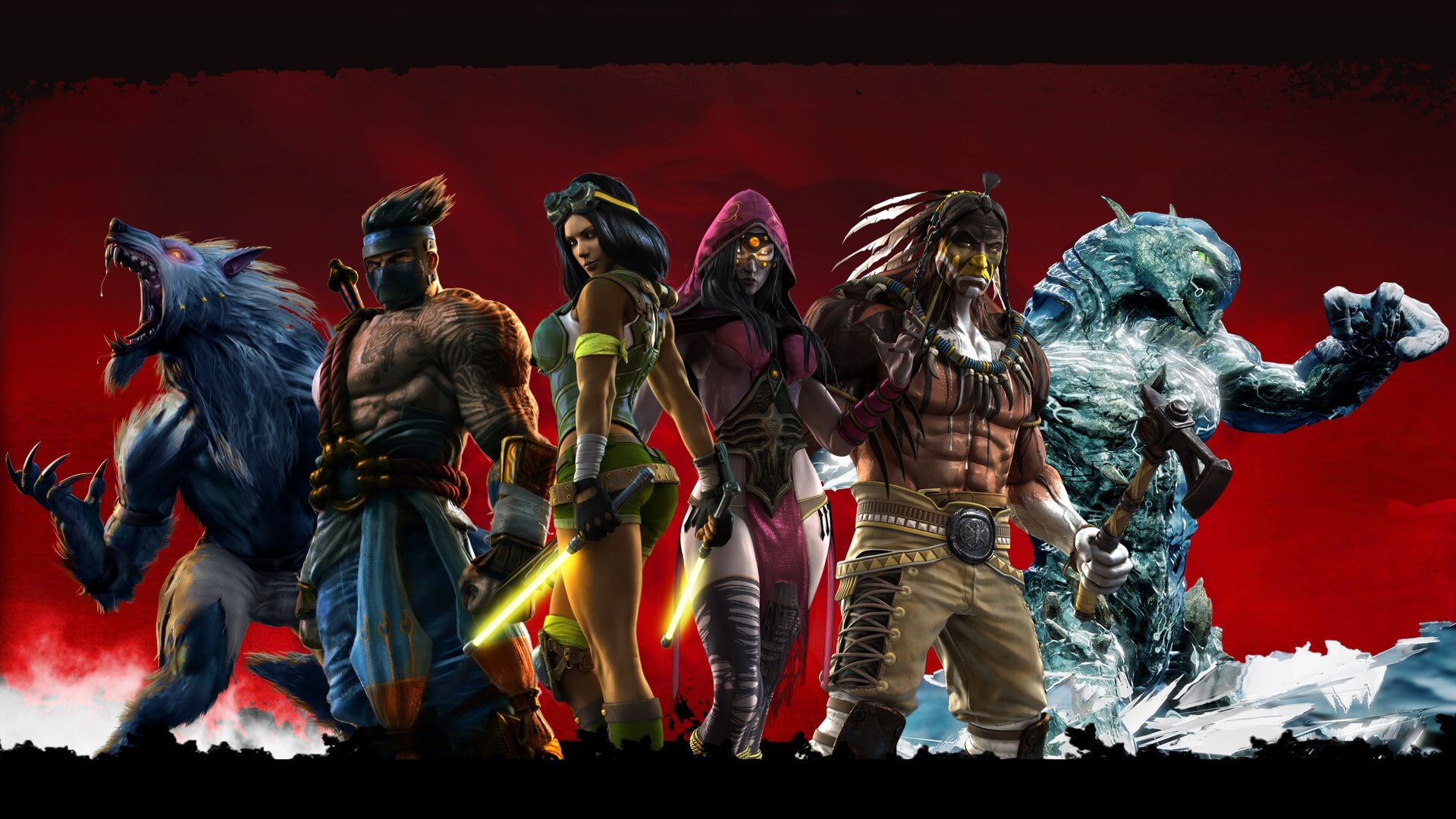 Killer Instinct hit arcades in October 1994 and was a breath of fresh air in the fighting game scene. With graphics that few fighting games could even aspire to and a new combo system that got the blood pumping, Killer Instinct soon became a cult classic. With over 3 million units sold on the home gaming systems, it was considered a successful game, especially when games like Street Fighter II Turbo were selling 4 million units. The game, made by Rare and sold on the Super Nintendo, was a beloved title that endeared itself to a generation of fighting game players that are still active today. The game's initial success spawned a sequel in 1996 for the Nintendo 64 called Killer Instinct Gold. KI Gold was a good game but was nowhere as impactful as the first Killer Instinct game. There was a period of relative quiet in the world of KI, with the game looking destined to become one of those fighting games consigned to the nineties. But, even with the demise of Rare (Microsoft purchased it in 2002), there was a return for Killer Instinct, and thanks to the efforts of developers Double Helix and later Iron Galaxy, what seemed like a dream came to pass.

Killer Instinct was released in 2013, and it was an amazing game with upgraded graphics and a fighting style that paid homage to the old but was also decidedly modern. It fascinated and captivated audiences, and while the said audience was relatively small compared to some of the other juggernauts out there, it held its own for a while.

By 2017 however, the game was ‘dead.’ It had released its third season in 2016 to rave reviews, but the service on which the game ran, Xbox Live Arcade, was discontinued, and there was essentially nothing left for the game.

But, in 2016, something rather unique happened. The Killer Instinct World Cup had its inaugural tournament. It was such a big boost for the game, and there were sequels, including a 2017 edition and even one in 2021. This not only showed that the game still had an audience, but it also showed that that audience was ready to engage with the game as much as possible.

So, what keeps games alive? This is not a question that can really be answered definitively as there is no one-size-fits-all solution. But, for Killer Instinct, we can look at a few things that have kept the game within the FGC even after its alleged death.

In 2022 Killer Instinct was featured at both CEO and Combo Breaker, and there are even rumors that there could be a Killer Instinct 2 in the works. While the latter is unsure, what seems certain is that Killer Instinct is going nowhere. So, what are some of the factors that have kept this cult classic alive?

There are developers out there that hate their own games. There are others who like their games, and then there are those who absolutely love their games. Killer Instinct has been very lucky in this department as it was worked on by two developers who were deeply passionate about the game. It isn’t always easy to develop a game that isn’t yours, and that was the situation that Double Helix found itself in. Killer Instinct was a Rare game, and with the company no longer in existence, it fell to a new set of developers to bring the game back. One of the only people involved in the original that came back was Ken Lobb, credited as the co-creator of the game. The team at Double Helix was passionate about the game, and this shined through in their ideas for the game and the things they looked to implement. When it was revealed that Amazon was going to buy Double Helix and they would have to stop their work on Killer Instinct, many considered that the end of the game. But, once again, Killer Instinct was very lucky to be picked up by developers who loved the series. Iron Galaxy was better known for its game ports, and there was a healthy dose of skepticism about their suitability for a game like Killer Instinct. But not only did they do a great job, but they also went above and beyond for KI. The fact that Microsoft continues to support the game online has also helped a great deal. No one can talk about the continued existence of Killer Instinct without crediting its developers.

Early fighting games were generally single-hit affairs. Therefore, players typically got a win by piling one hit on top of another and emptying the opponent’s health bar. Games like Street Fighter and Mortal Kombat did not have combos per se and performing a 3-hit combo in any of those games was considered a novelty. So, when Killer Instinct came on the scene with the ability to do 5, 6, 7, and even 18-hit combos, it was very attractive as a feature. Killer Instinct was certainly not the first game to feature combos or combo counters as Super Street Fighter had that already, but the dynamism, speed, and arrangement of combos in Killer Instinct was like nothing anyone had seen at the time. In Killer Instinct, players could perform a combo-opener and ender with some elements in the middle. This feature never left people’s minds and when Killer Instinct 2013 was released, many were excited to try out KI’s unique gameplay once again. Even in modern times where combos are a mandatory feature in fighting games, no one does it quite like Killer Instinct.

For this reason, there isn’t any game that can replace KI in its gameplay so it has remained relevant to fans and I daresay it is one of the reasons people can’t leave the game alone.

Competition is the lifeblood of the fighting game community, and without it, there would be no FGC to speak of. The nature of fighting games encourages competition, and it is evident in the demeanor of those who play that they live for the fight. There are several genres that cater to the other needs of gamers, from good storytelling to engaging puzzles. But, fighting games are all about beating the opponent, and it is clear that it is what the games are set up for. Hence, it is not uncommon to find fighting games with terrible storylines or lore, and even the arcade mode isn’t generally as fleshed out. Even developers consider the arcade mode something of an afterthought, as was evidenced by the disastrous launch of Street Fighter V. Therefore, any game that hopes to enjoy any sort of longevity must have some very good tournaments accompanying them. The legacy of Street Fighter was cemented with tournaments like Evo and Capcom Cup, and the excitement these events generate keeps the game alive for ages to come.

Killer Instinct did not really have that at the beginning, as the first installment of the game was a cult classic but certainly not a household name. So, by the time tournaments like Evo came along, Killer Instinct was not in the conversation. When KI 2013 was released, it did seem like there would be no huge tournament attached to it. But, in 2016, the Killer Instinct World Cup was born. Brandon Alexander, one of the founders of the tournament, said in an interview that the KI World Cup was heavily inspired by the Capcom Cup and what it had done for the Street Fighter series. While the KI World Cup was first envisioned as a small thing, it snowballed into a phenomenon that took the FGC by storm. It brought such a great focus to the game once more, and the willingness of the developers and publisher to support this endeavor has been so beneficial to the life of Killer Instinct. The game is still being featured in top tournaments like Combo Breaker and CEO, and all of this has contributed greatly to KI’s continued success.

No game can survive without a thriving fanbase, and Killer Instinct has been blessed with one of the most passionate. The KI fanbase isn’t big, but it is vocal and is always willing to support the franchise. A great example of this was with the #BringBackKI campaign launched by Maximilian Dood, which was one of the top trending topics around the world when it was at its peak in 2019. With many people interested in the game’s return, we saw something of a mini-renaissance with Twitch hosting a ‘KI Lives’ tournament.

This is not the only instance of the KI community coming through for their came as we saw another example of this when the fanbase raised a significant amount of money for tournament pots with the KI Community fund.

Time and time again, the fanbase has shown up for Killer Instinct, and for this reason, the game remains one of the longest-serving fighting game franchises. There are rumors of another Killer Instinct, which may or may not materialize, and with all good things, KI will probably bite the dust someday, but that day is not today as the great KI community, in conjunction with passionate developers, ensure that the game will live on for a while yet.

All the Big Events of Evo Day 1