The Ivorian FGC: Ignited by Passion, Preserved Through Grit 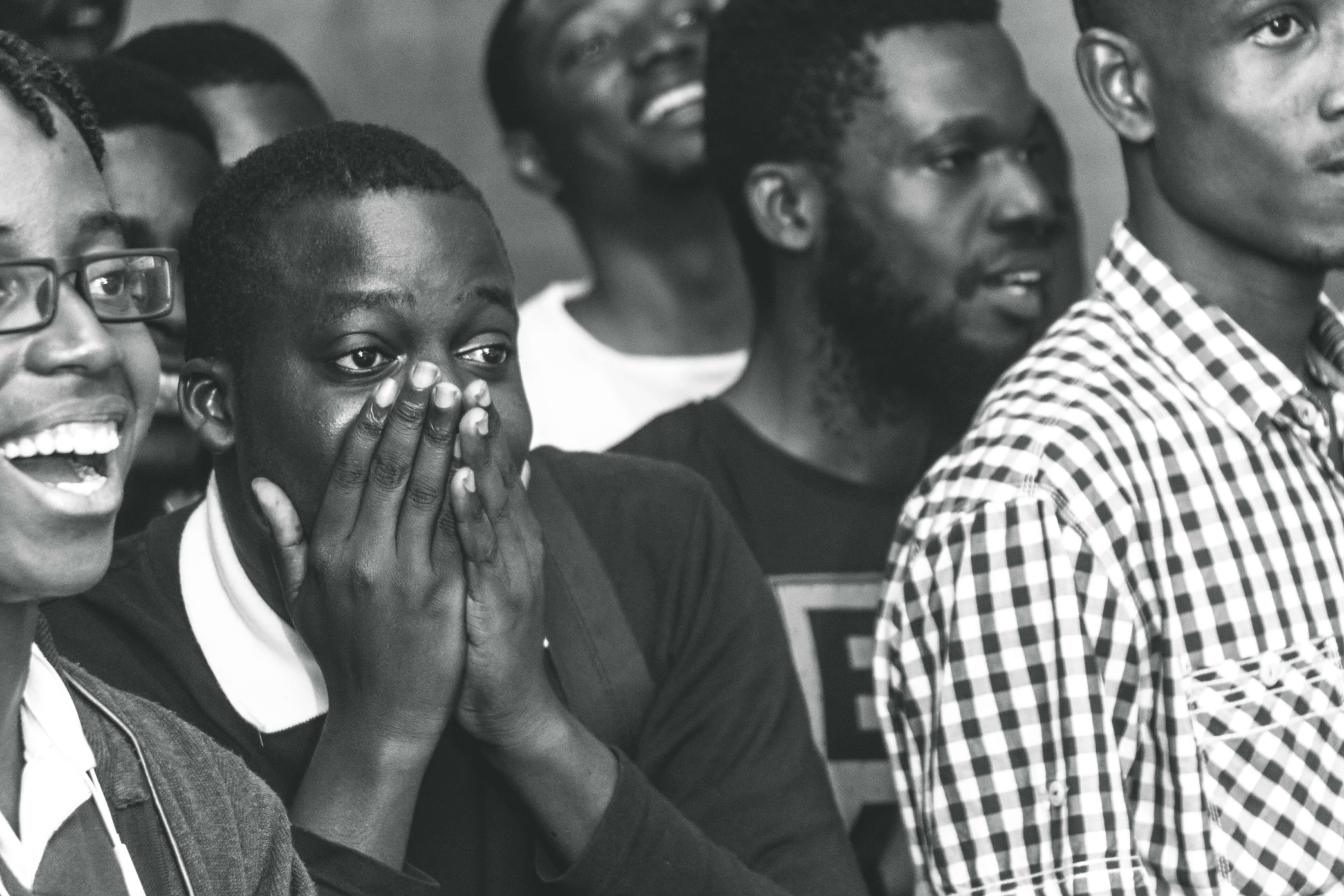 The Ivory Coast is a country in the Western part of Africa with sun-drenched beaches and famous resorts. They aren’t by any means a small nation but aren’t as large as some of the bigger African countries like Egypt and Algeria. With a population of almost 30 million people, it is one of the more diverse countries on the continent.

Way back in the early 90s, somewhere deep in the bustling city of Abidjan, the Ivorian FGC was born. They have been through the wringer and are today stronger than ever thanks largely to the guardians of the community who have stood by it even in the most difficult times.

Nowadays, Ivory Coast has an active Tekken scene and is getting quite a bit of recognition from the international community. Ever since the breakout of the Pakistani scene, it seems everybody is on the lookout for the next ‘minnow’ Tekken scene to take the limelight. Recently, @JunyShaoling was the winner of the Tekken Online Challenge West Africa where he won against fellow Ivorian, Skywalker who is no slouch himself having won the 3rd and 4th edition of the Electronic and Video Game Festival of Abidjan (FEJA).

But how did the Ivorian FGC get its start? And why is it a serious contender for the next big Tekken scene? To answer all these questions, I had the honor of speaking to one of the OGs of the scene, Kouakou John Ange Wilfried. He is a fighting game veteran and currently runs the TAO fights Twitter account which is dedicated to exporting African FGC content around the world. Wilfried was an absolute trooper who was very excited to share the journey so far for this West African powerhouse. So, first I would like us to get a background and history of the scene before we then delve into a question and answer section with Wilfried.

How The Ivorian Scene Got Its Start

The Ivorian scene came from humble beginnings. This is true of most fighting game communities, but the Ivorian scene was a little different in that instead of arcades and inter-block feuds, the FGC here grew from home consoles. Wilfried took us on a trip down memory lane as he recounted the early days of gaming in the Ivory Coast. The advent of home consoles in Africa was a huge deal for the continent and it had a hand in building the African FGC in general. Since arcades were not a viable option, game houses became the norm. These are establishments that invite customers to play games for a price. It was a very similar system to the arcades just that it was home consoles that were being operated instead. For this reason, to this day, most Ivorians, and even Africans, are more suited to control pads rather than fight sticks. Games such as Street Fighter 2 Turbo and Mortal Kombat were quite popular in the country. In addition, fighting games were great for business as they were shorter and several games could be played in the same amount of time someone would do something in an adventure game or something. Therefore, sports simulators and fighting games were all the rage in the Ivory Coast. As Wilfried explained, very soon, rivalries started to build and it was at this point that the competitive potential of the Ivorian FGC started to bloom. There were no mobile phones, so what happened was that enthusiasts would gather in their favorite gaming houses and play together, soon, the best players would emerge and would gain recognition.

To further hone their skills, these players would travel between areas and environments seeking other strong players and from there, groups started to form. These groups (or clans) started to share knowledge and tips with each other and even get training partners with whom they sought to improve their craft.

As new fighting games came on the scene like Killer Instinct and Tekken, the FGC only grew as various municipalities had their champions who would train harder and harder to become the best.

The competitive side of the Ivorian FGC emerged a little later with the first real tournament in Ivory Coast in fighting games was on Tekken 5 in 2008, where Wilfried was the winner of this event. But it wasn’t all smiling and backslaps because there was some trouble brewing ahead.

If you remember, the global FGC suffered a Dark Age around the beginning of the new century as there weren’t many new fighting games coming out and titles like Street Fighter looked like they had reached an end. Thankfully, this all changed when Street Fighter IV was released in 2008 and ushered in something of a renaissance for fighting games and many of the modern tournaments we know and love were borne from this. However, in the Western part of Africa, this was the beginning of the Dark Ages for Ivorian fighting games. You can sense the sadness from Wilfried as he narrates this period when game houses started losing relevance and fewer people were paying to play games. When despair started to set in, some major players stepped into the void and started working towards giving the FGC a second wind. Some of the top actors in bringing the FGC back to life included Daniel Nouaman (Neo) Hassan Keita (ONSLAUGHT), Atchadé Fawaz (Al GORBIAGA). Together with other stakeholders, they formed the MSF (MAFIA DU STREET FIGHTER). With their support and some key actions, they were able to revive a flailing FGC and spur it to even greater heights. Wilfried himself was also prominent at this time, and he also stepped up to ensure that the scene did not go quietly into the night.

If recognition is what Côte d'Ivoire was looking for, they sure met their target as there are a slew of incredible players who have gone on to make the entire continent proud. Players like Shaoling, who has won the Tekken Online Challenge for West Africa, as well as several other tournaments, are some of the brightest lights in the community.

Now that we have a decent amount of background information about Côte d'Ivoire and what the Tekken scene is like, it was time to ask Wilfried about a lot of the things that make the scene so special.

What led you to take point on the development of the scene?

“What led me to put myself forward with regard to the development of the scene was the lack of light on our FGC. Indeed, Côte d'Ivoire is an African country that is full of many talents and is not represented in the professional circuits of fighting games. We lack opportunities. My main fight for my FGC is its spotlight on Côte d'Ivoire towards the international."

What FG title is the Ivorian scene most interested in?

“The FG series that Ivory Coast is most interested in is Tekken.”

How has the tournament organization process been so far for you?

“For a tireless enthusiast that I am, the process of organizing a tournament has always been enjoyable. I do not encounter difficulties in this sense, but challenges that my dedication always allows me to overcome.”

What are the biggest problems facing the scene right now?

“The biggest issues facing the scene right now are inclusion, lack of opportunities, and exposure.”

What Impact can you say the TOC has had on the Ivorian scene so far, and how excited are fans for such representation in Africa?

“I would like to thank Mr. Harada, as well as the entire Tekken Team. TOC has given us a sense of consideration for our community. The screams, and the tears, regarding inclusion and exposure were heard. We are under the emotion of a great sense of accomplishment and proud to be in the spotlight of the world through Bandai Namco, because we came out of it, happy winner of the 1st TOC Master Event, West Africa. We, fans, are excited for the TOC and are looking forward to taking part in the regional final and remain in the hope of having more opportunities, but above all, offline tournaments.”

Why do you think the North and Southern African scenes seem to be getting more attention than the West?

“Internet access and speed, the media coverage of Esports, the investment of structures and the support of main publishers to name but a few, could be factors of disparities between our scenes.”

Who are the players you feel the world needs to know from Cote D’Ivoire?

“In Côte d'Ivoire, we have Ivoiro Akon, legendary Lei Wu Long player who eliminated Mr. Naps, during the Evo 2019, which has been known worldwide since Tekken 5 Dark Resurrection.

“Then, Skywalker, who for SpaghettiRip and many other icons of the FGC, is one of the best Law in the World or almost one of the best players in Africa that the world has been observing for a while and also Shaoling, the TOC2021 West Africa Master Event Champions, who follows suit.”

If you haven’t gathered by now, Tekken is the Ivorians’ fighting game of choice, and they are quite confident of their skills. When I asked how powerful the Ivorian scene is in comparison to others in West Africa, Wilfried did not mince words, “In my opinion, in West Africa, we are the best.” He said, “But, compared to other regions, it's difficult to make an objective assessment. I think that the scenes of Côte d'Ivoire, Kenya, Madagascar, and South Africa are the strongest on the continent, and I firmly believe that we have a chance of coping with these nations.”

If there is one thing you would want the world to know about the Ivorian scene, what would it be?

“I would like the world to know that in Côte d'Ivoire, there are world-class players like Skywalker, Shaoling, and many others on the Tekken series who are full of talent and deserve to have sponsors in order to lead the career of their dreams. There are talents like AL GORBIAGA, who is, to date, the best caster in French-speaking Africa,  who deserves to have a career as a professional commentator. Also, talented designers like Rebel Sama, who also deserve to showcase their skills, with professional companies. Côte d'Ivoire has a diversity of talents, and all of them are Tekken fans.”

Is there a character in fighting games that the people within the scene universally hate?

How were you able to survive with the pandemic?

“In the beginning, we experienced it with difficulty. The habits were no longer the same, we had to be careful, be careful, apply the barrier gestures as well as the restrictions imposed by our leaders, but the situation is much better now, we are not impacted as internationally, and we even have offline competitions while always respecting the barrier measures.”

Looking into the Crystal Ball

The Ivorian FGC is a fascinating place. They are a product of grit, hard work, and perseverance. They have begun to get the recognition they deserve, and with the way they are going, it will not be remotely surprising if they get their wish — making an impact on the world stage soon.