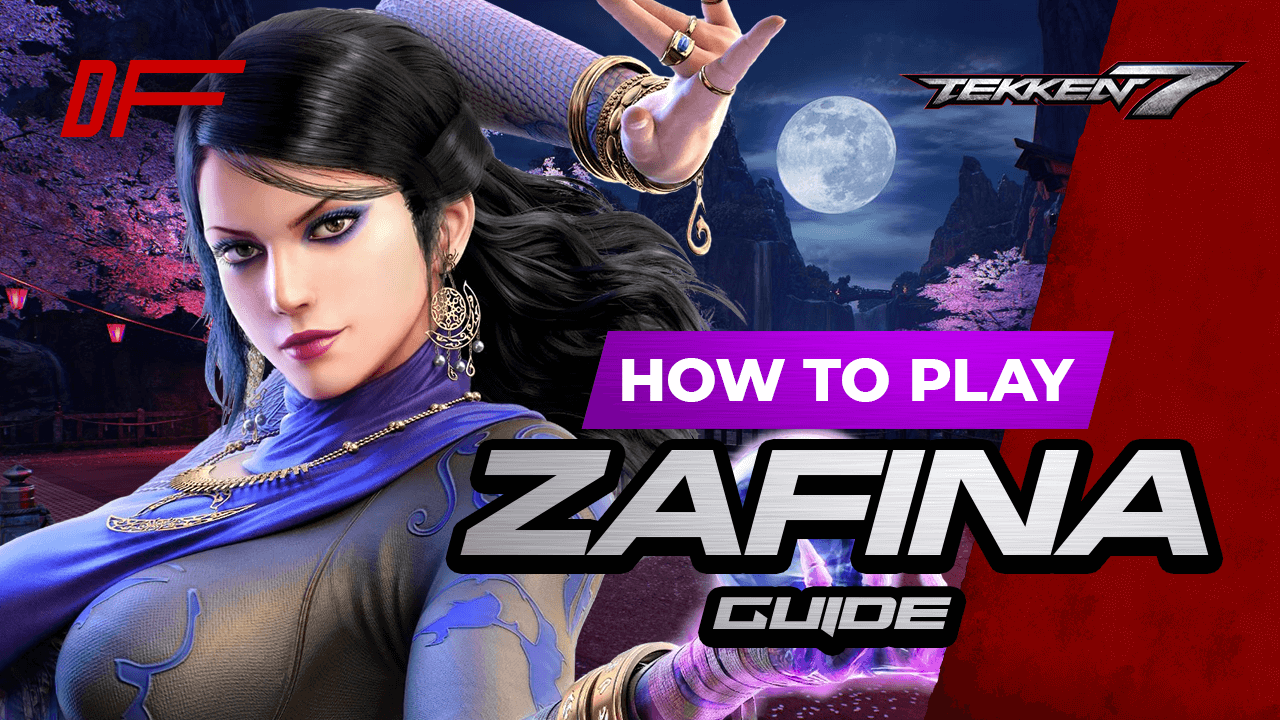 #Guide#Video
Master her and lots of victories await you!

Zafina is a young woman introduced in Tekken 6. She’s of an unknown origin, but the rumor is she’s Egyptian. Ever since her release, she captivated everyone with her unusual fighting style and grace. Today we have partnered with mighty Arslan "Arslan Ash" Siddique himself to provide you with the best Tekken 7 Zafina guide. You can view the full video right below and go over any of the individual sections right here in the text guide.

Stances are fundamental to Zafina’s gameplay. She has three of them:

Zafina is the queen of backdashes – she has the best backdash in the game. There are many situations that only Zafina can avoid, thanks to this. Opponents always have to think about which moves they can use as if she avoids them and they whiff, she can easily launch-punish. Zafina’s also very evasive. She has many moves at her disposal that are anti-high and anti-mid. But her biggest strength is her gameplay – her stances give her access to myriads of attacking options and mixups, leading to tons of damage.

Zafina suffers against the characters that have long range and are very aggressive, like Gigas. They negate her backdash as they reach her before she can move out of their attack radius. Fast characters can also gain an upper hand on her. Someone like Steve is very favored in the matchup against Zafina. They can punish her long-winded moves.

Zafina is one of those characters you see at the big tournaments doing some crazy moves, executed perfectly by the professional players. Then you try them out, fail, and are left wondering, exactly what the hell just happened. Zafina is an execution-heavy character that needs to be mastered to be good. But when she is, all the hell is let loose. Her stances are a menace, her evasiveness is incredibly frustrating, and she deals more damage than you would think she does. Zafina is the ultimate “git gud” character.