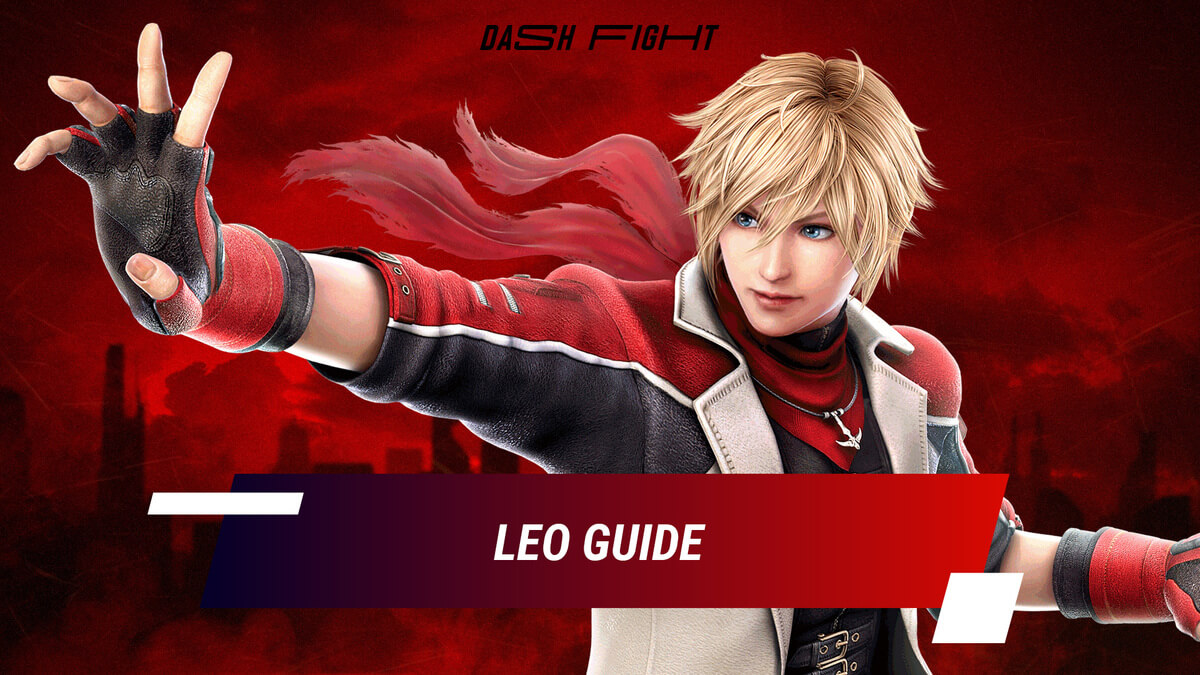 reddit.com
#Guide#Evergreen
Here you can discover something about his combos, hits and bio in Leo Tekken 7 guide

f - Walk towards an Opponent

b - Walk away from an Opponent

b – tap backward once

B – Hold stick back

d – tap down once

U – Hold stick up

+ – Moves must be done together

, – Moves must be done right after the other

~ – Moves must be done IMMEDIATELY after the other

: – Move Following the : has to be precision timed to execute

WS – Do move While standing up

+ - Moves must be done together

, - Moves must be done right after the other

~ - Moves must be done IMMEDIATELY after the other

_ - Or (When used between two moves, they are interchangeable)

> - Move following the > has the option of being slightly delayed

BK - Back facing the opponent

FD/FT - Lying on the ground Face Down / Feet Towards opponent

CH - Major Counterhit (Hitting your opponent during their move execution)

: - Pause 1/3 a second between button presses (Tenstring timings only).

Leo has a strong character because of his proper upbringing. His life was pleasant and rather carefree until that fateful moment when his mother Emma Klizen was killed by an unknown person. Leo got angry when the actions of the police did not lead to the desired result and began her investigation.

If you like to play this character, this Leo guide Tekken 7 will be helpful for you.

Censer's kick in the torso

Arguably the best punisher kick in the game

Punch and kick in the face of an opponent

Squat kick that throws an opponent up

How to knock an opponent down

A series of blows that knock the enemy far back

Another quick blow that knocks the enemy up

Incredibly plus-on-block homing move that gives a tailspin combo on hit. Useful against people that try to sidestep

High-crushing low hit that knocks enemy's fighter down on hit. Very dangerous near the wall  - (mixup with u+3+4 near-wall after knd is best).

All list of Tekken 7 Leo combos you can check here.

And here you can see how to link combos with each other. This is the key part of the Tekken 7 Leo guide.

How to play Leo in Tekken 7 in Under 5 Minutes:

Also, we published some guides about Yoshimitsu, King from Tekken 7, and Cammy White with Chun-Li from Street Fighter.