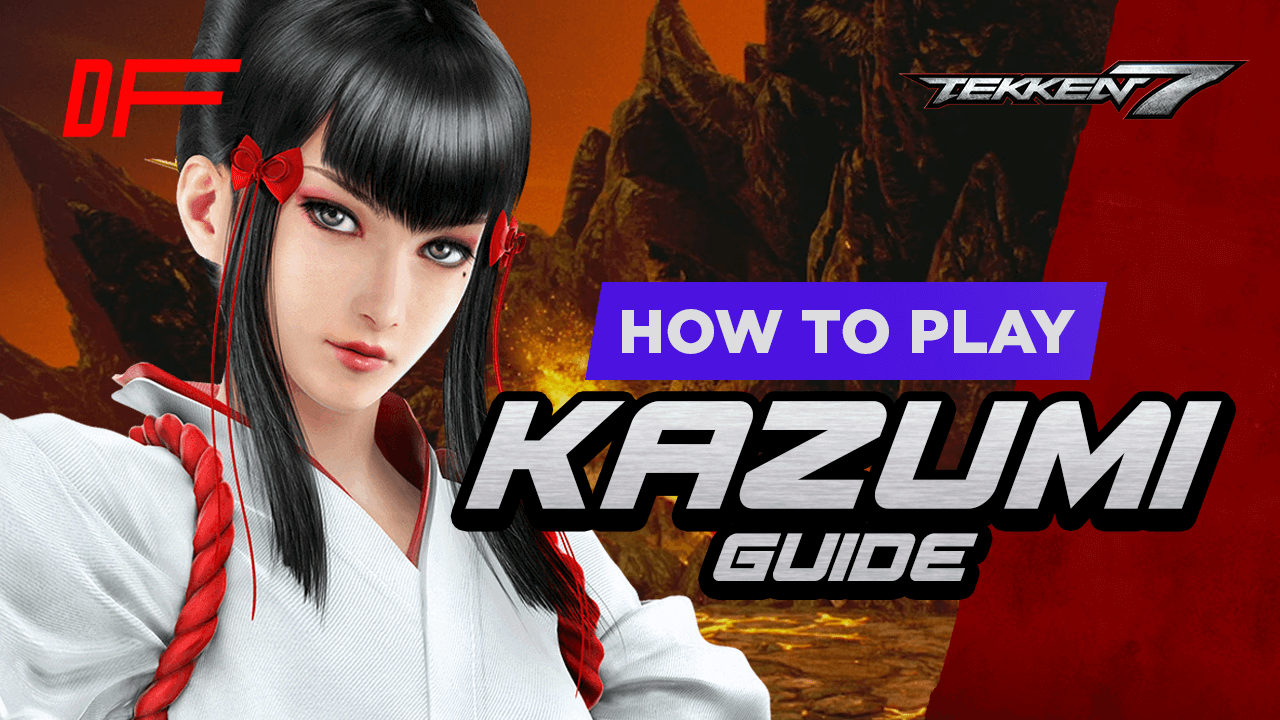 #Guide#Video
Fundamentals for the win!

Kazumi is Heihachi’s wife and Kazuya’s mother. She inherited the Devil Gene from the Hachijou family and is responsible for passing it along to Kazuya and Jin. Today we have partnered with Arslan "Arslan Ash" Siddique to provide you with the best Tekken 7 Kazumi guide. You can view the full video right below and go over any of the individual sections right here in the text guide.

Kazumi’s stance is called the Fearless Warrior. You can enter it by pressing f3+4. It naturally crushes lows while the animation is going. In it, you have seven options and a throw:

Kazumi is a very fundamentals-based character and a queen of poking. Poke game is her main strength. She has several options to track sidesteps, good range coverage. Another strong suit of Kazumi is whiff punishing. She can easily punish most whiffs with simple 13 to 15 frame moves that can be continued into strings. Her stance, while not being too good, provides her with some nice offensive options.

While she struggles somewhat against the characters that have 12 frame punishes, and also has an unfavorable matchup against Geese, she’s a character that doesn’t have a fundamental flaw or an unwinnable matchup.

Kazumi is a perfect character for anyone who wants to learn how to play Tekken 7. Her gameplay teaches you all the fundamental aspects of the game, and learning how to play her will help you get better at Tekken in general. Still, she has some depth to her, and mastering the seemingly simple poke game is easier said than done. Still, Arslan Ash himself proved time and again how good even a fundamentals-based character can be even on the highest level of gameplay.