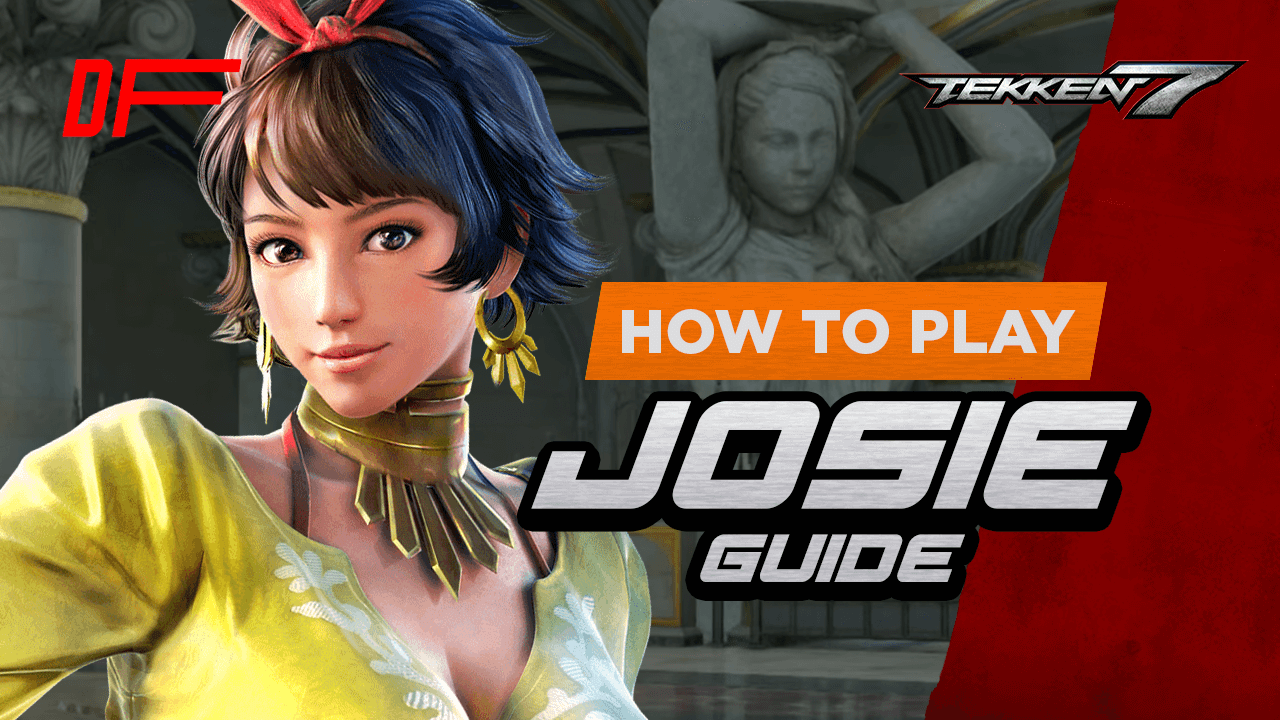 #Guide#Video
Kickboxing for the win!

Josie is a new addition to the illustrious Tekken roster. Her big fanfare reveal was met with somewhat of a mellow reaction from the players, but she still found her niche nevertheless. Fergus ”Fergus” McGee is once again with us to teach us how to fight with this eskrima-based kickboxing practitioner crybaby. You can view the full video right below and go over any of the individual sections right here in the text guide.

Josie’s stance is called Switch Stance. She has several moves that go into it:

The main thing to do in SWS is to force your opponent to respect you. Her options in the Stance are:

Josie’s biggest strength is her punishment game. Her 10-frame options are crazy, and many of her punishes can be followed with a full combo. She’s especially good in specific matchups like Dragunov. The preferred playstyle with Josie should be a defensive-minded one.

Her main weakness though is simply an experienced opponent, someone who knows ins and outs of her SWS and can promptly punish her mixup attempts. The risk and reward scale in certain matchups is heavily stacked against her.

Josie in Tekken 7 is a specific character. She’s pretty niche, but has her uses. Someone who masters her playstyle then can easily transition into playing other defensive characters, whose gameplay is also based on whiff-punishments and counterhit launchers. However, if you want a top-tier fighter to instantly dominate the ranks – you should probably look elsewhere.