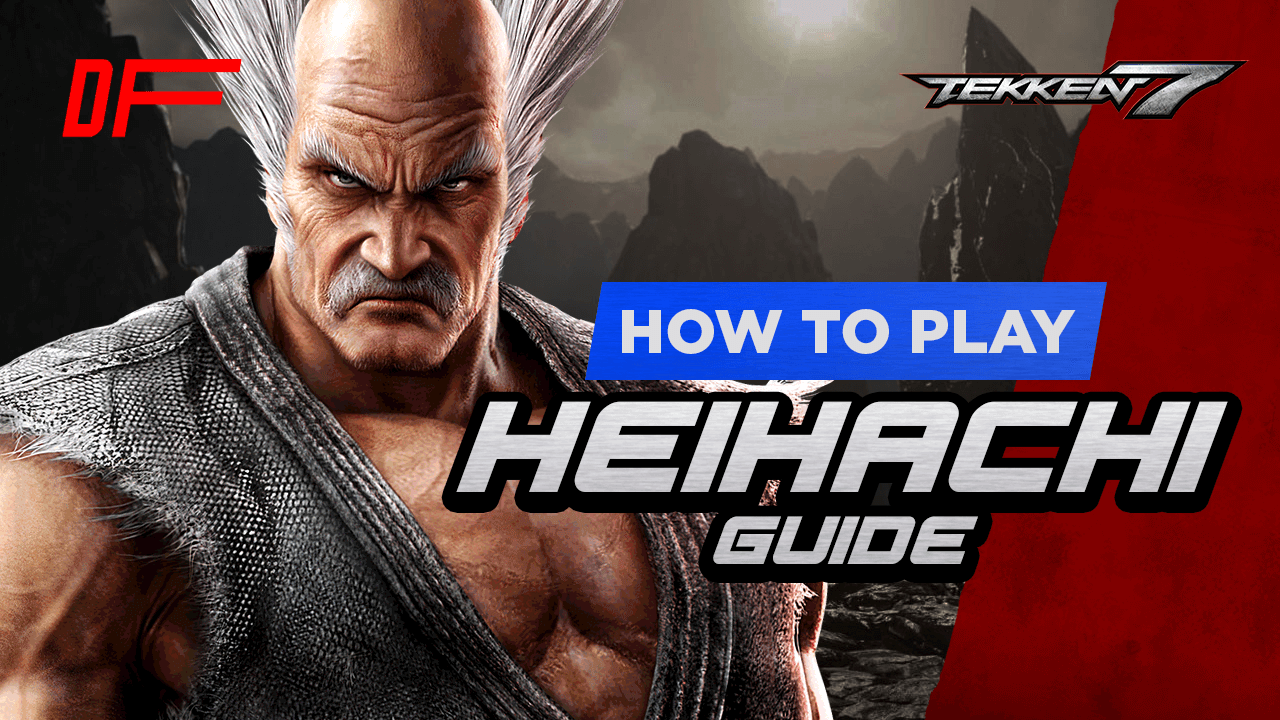 #Guide#Video
Here's everything you need to know about Tekken's main villain, Heihachi, from the stable of one of his best players, Applay

Heihachi is one of the few characters that has appeared in every Tekken game to date and is one of the most sinister villains in all of fighting game history. No one can forget his volcano-throwing ways and his ruthlessness even when dealing with his family. As a character, Heihachi is a pretty decent character, and if you wonder how he stacks up against the rest of the cast, you can check him out on our tier list.

To take us through this character and show up how to use him optimally, we have Applay. He's a content creator and a Tekken expert. Hee has an excellent YouTube channel which you should check out, and his proficiency with Heihachi is pretty impressive. Applay will teach us the basics of the character and the best ways, combos, and strengths that make this character who he is.

So, without further ado, let's get into the guide.

It would be best to first look at Heihachi's best options when he's up close. Heihachi is a highly mobile character, and if he gets, you could deal a significant amount of damage. Learning the tools to make him a menace up close is very important.

Using Heihachi's electric move could prove difficult for beginners due to the precision with which it must be inputed to be used. The inputs themselves are not that difficult (f, n, d, d/f+RP); it's the timing that frustrates people. Apart from the difficulty in pulling it off, you also have to deal with the fact that you must learn to use it with movement if it is to be effective. If you are just starting out, it would be best to focus on the other buttons as they are great and make Heihachi viable. But if you must pull off electric (or Electric Wind God Fist as it is actually called), you'll need to practice incessantly. It is an excellent move with which to punish, approach, and keep out opponents.

Heihachi's plan is always to suffocate the opponent and leave them with nowhere to go. This is achieved by pressuring your opponent and backing them into the wall where Heihachi becomes truly dangerous. If you can carry an opponent to the wall, you would have raised the odds of a win as this is where Heihachi shines the best. If you are dealing with an aggressive opponent, you'll need to patiently throw out pokes to eat at their life bar and wait for ample opportunities to whiff punish them. If you can subdue the opponent to the point where they are scared to press buttons, then you can go on the offense and push them towards the wall. If they are acting too cautiously, hit them with a couple of lows to keep them honest and frustrated. If you can pull off this gameplan, your chances of winning with Heihachi would be much higher.

Bread and Butter combos for Heihachi

As with every character in Tekken, Heihachi has a laundry list of combos, but the ones we'll outline below are some of the best and easiest to know and utilize.

Heihachi might seem invulnerable, but just like with every character in every fighting game to have ever existed, he has his weaknesses. For Heihachi, he has two major flaws:

Heihachi has high damage potential, so if used right, you will be a menace to other players. We hope yu have enjoyed this guide, if you want more, check out our other guides and how tos. You can also check out the rest of the site for all your fighting game needs.