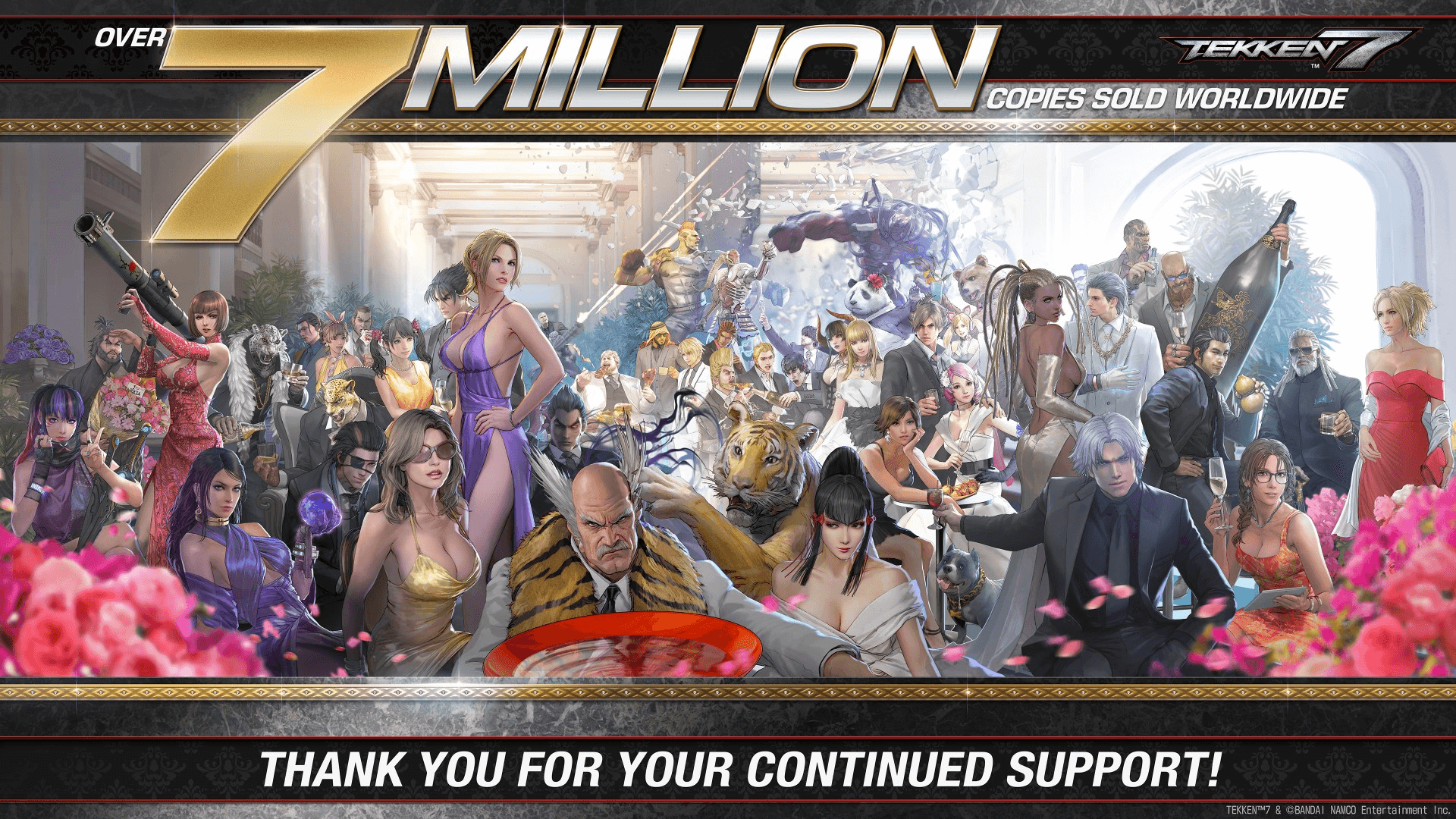 The official Twitter account of Bandai Namco Entertainment’s Tekken series has announced today that the worldwide sales of the latest installment have reached the 7 million mark.

After the initial arcade release in 2015, it took Tekken 7 two years to be finally released on modern platforms like PlayStation 4, Xbox One, and PC. The game came out in June, and it took only a couple of months to reach the worldwide sales number of 2.5 million. For comparison, Tekken 6 hit a similar mark in more than a year.

It doesn’t look like the popularity of the game is fading anytime soon, either. Katsuhiro Harada, the forever-young director of the franchise, reported last February that the game sold 5 million copies. Come September, the number reached 6 million, and the global sales of the whole franchise surpassed 50 million.

It’s been reported that Tekken 7 reached 7 million sold copies as early as the second half of March, but we only got the official confirmation of that today. As always, the updated commemorative art was released, which now features the newest addition to the roster – Lidia Sobieska.

As a bonus, try to find where did Katsuhiro Harada hide himself in the art this time around!

We hope this success will lay the foundation for the even more successful Tekken 8, whenever that game might come.