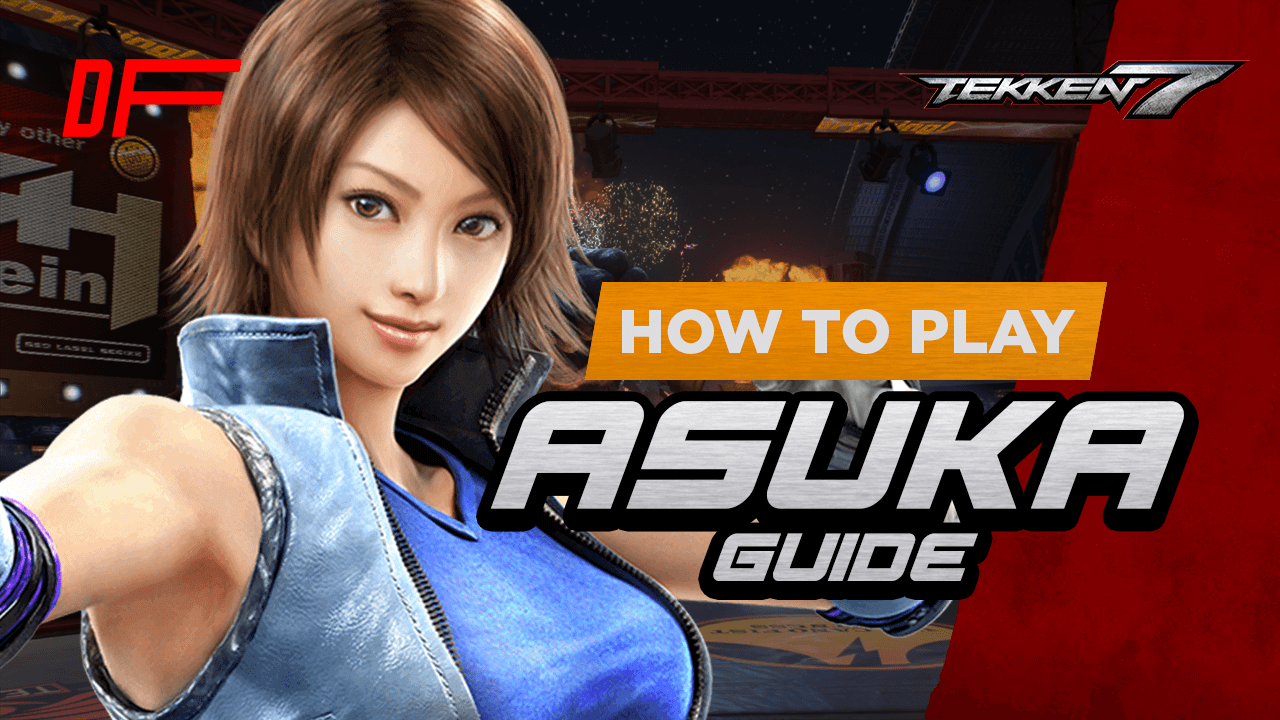 Asuka is a young tomboyish girl who debuted in Tekken 5. She’s a sibling of Jin Kazama and seems to have some ability to affect the Devil Gene. Today we have partnered with Fergus “Fergus” McGee to provide you with the best Tekken 7 Asuka guide. You can view the full video right below and go over any of the individual sections right here in the text guide.

Asuka is probably the best character in Tekken 7 at stealing the opponent’s turns courtesy of her arsenal of defensive options and panic moves. Her defense makes them second-guess their every move in fear of getting caught out of their moves being crushed. Her other strength that not many people realize is there is her wall-combo damage with good oki afterward. Additionally, her arsenal of safe normal and counterhit launchers provide her with different opportunities to start her own offensive.

Her biggest weakness is her very mediocre jab. It doesn’t have anything naturally guaranteed afterward, so it’s hard to incorporate this move into her offense. Characters like Bryan and Armor King can also exploit frames on her jab. Another weakness is that her lows are relatively slow. Asuka also has trouble tracking her sidestep right, and many seasoned players use this to their advantage against her.

Asuka in Tekken 7 is a whole defensive package. She has turn-steals, counter-hits, various crushes, parries, and whiff-punishes. And while she absolutely can dish out lots of pain, most of it is conditional on her being on the defensive. She’s the perfect fighter for this niche, although not many love this playstyle and prefer to play as someone less dependant on playing from backfoot. Still, if punishing mistakes and frustrating your opponent is something you like – Asuka is definitely a character for you.