Rivals Direct 4 Is Right Around The Corner 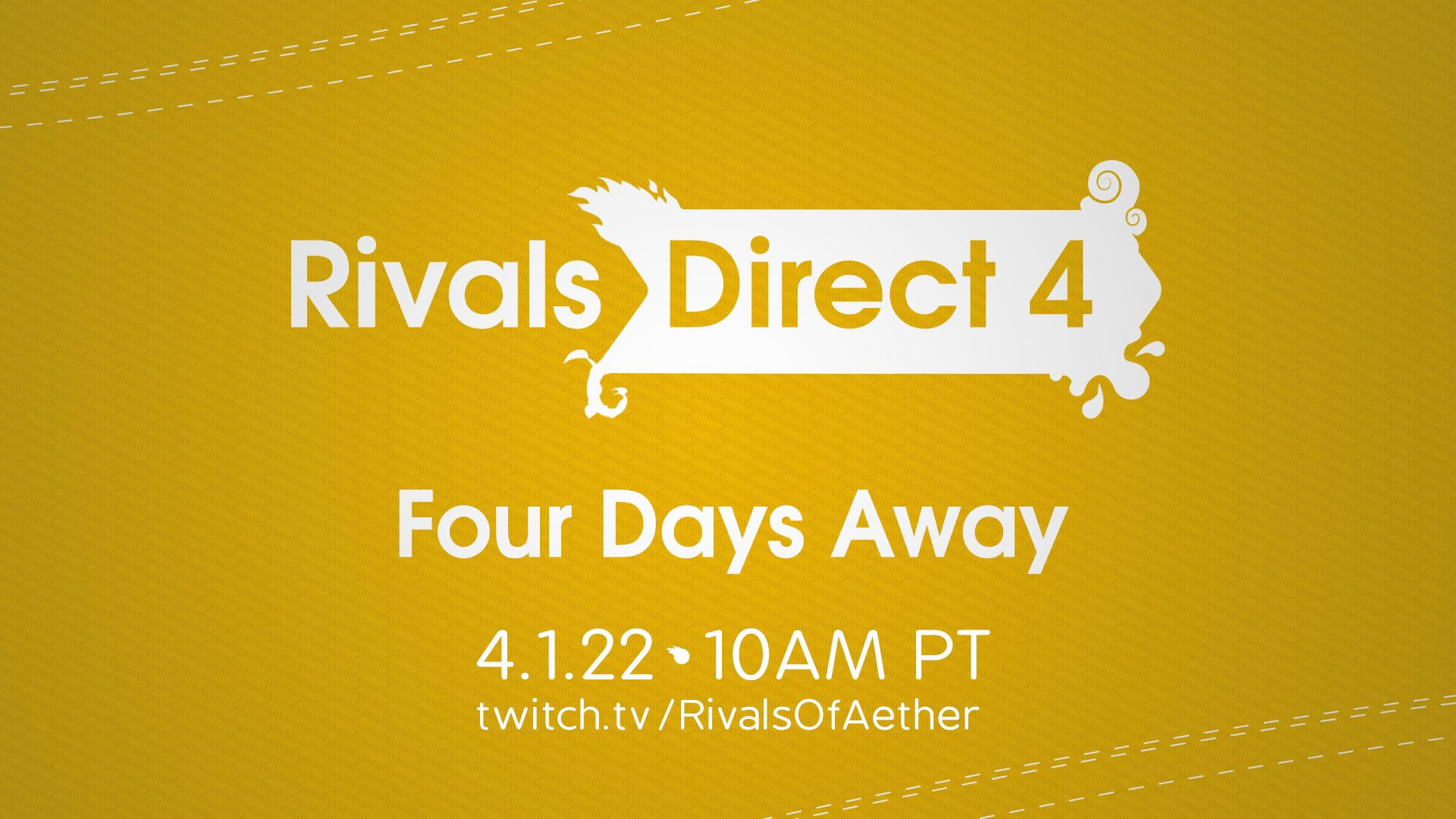 Continuing their long-lasting tradition, Rivals of Aether announced their 4th Rivals Direct, as always, taking place on the 1st of April. The previous directs were full of jokes, but unlike other gaming companies that make funny April Fool's announcements, Aether Studios delivers.

One of the most anticipated news at the moment is more information about the upcoming Rivals of Aether 3D sequel that was shown off during Rivals Direct 3, with more footage being revealed in January of this year.

If you missed the previous Rivals Direct, it was done in the style of a visual novel where viewers could vote for different choices in chat. We don't know what will be shown this year, but we know it will be worth watching.

You can tune in to the stream at the Rivals of Aether twitch channel on April 1st, 10 AM PT.