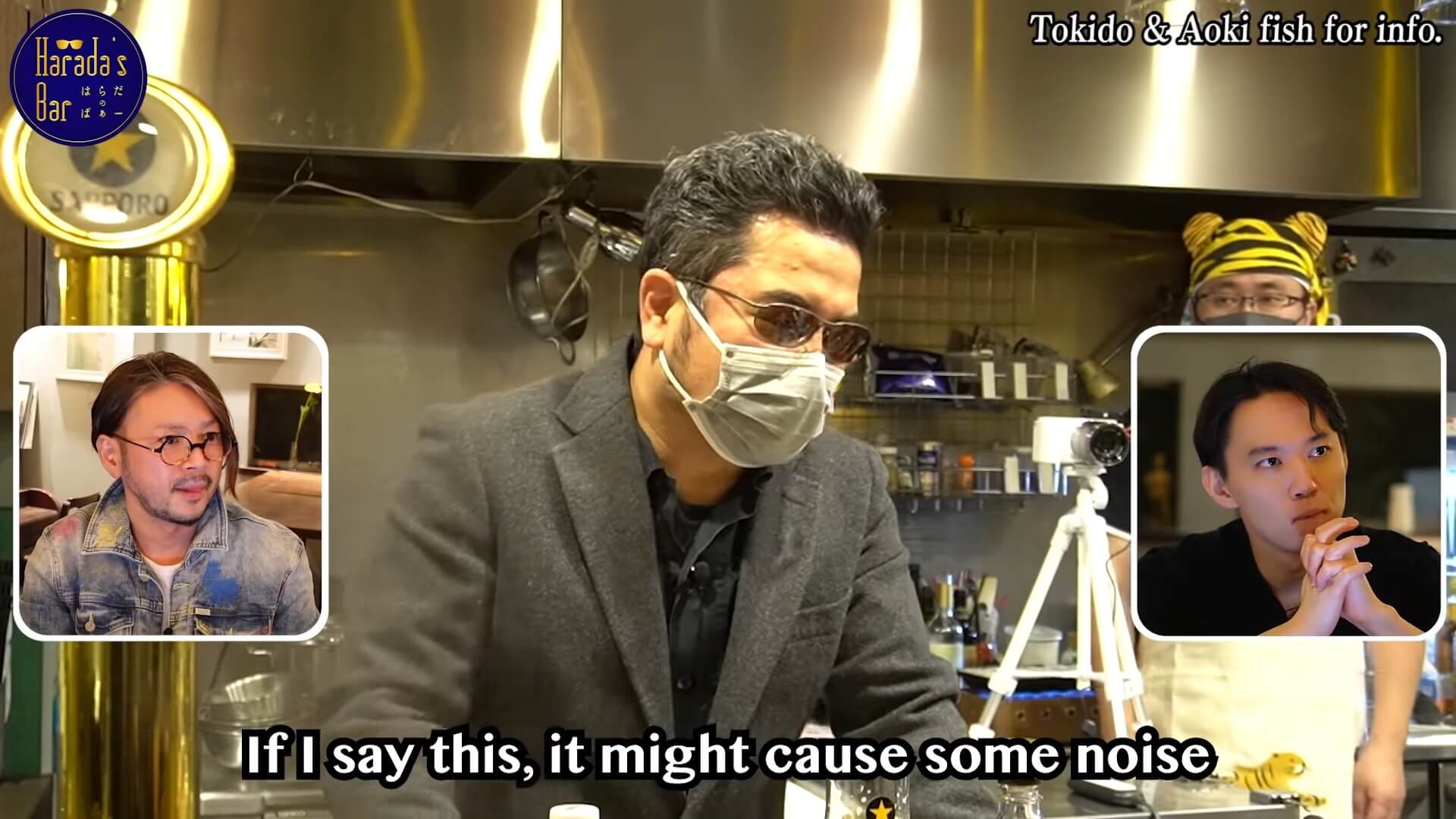 #News
This time the talk revolved around western audience, competition, and plans for the future

Katsuhiro Harada's unique talk show continues to be a great source to learn more about the production of fighting games and see the perspectives of the people who make them. On the latest episode of Harada's Bar, he talks with Virtua Fighter's chief producer Seiji Aoki and famous Street Fighter V pro player Hajime "Tokido" Taniguchi.

The whole episode is well worth the watch for any fighting game fan. Still, we would like to highlight some specific points about what producers think about the western audience and how fighting games handle competition between each other.

When Tokido asked, "should Virtua Fighter aim at overseas markets more than domestic ones"? He received a very blunt answer from both Harada and Aoki. Not only they should, but they already do! As it turns out, sales in Japan make up only a tiny portion of the total sales, while the production cost of fighting games steadily goes up. For Tekken 7, domestic sales only make up 3%, while for Street Fighter V and Virtua Fighter, they hover around 10%.

After the conversation naturally pivoted to the relationship between different fighting game series, we heard how creators feel about the competition and collaborative effort. In the previous episode, Harada went into detail about this topic.

To summarize, the fighting game industry is a tight-knit group that always cheers for each other. It all makes sense as any fighting game's success helps to expand the genre and bring in new people, allowing for mutual growth. This sort of thinking goes all the way back to arcades. Real estate was a precious resource during that era, so fighting game publishers wanted any fighting game cabinets to stick around and represent the genre instead of getting replaced by crane games and other arcade staples.

In the latest episode, this discussion took on a more collaborative angle. With Street Fighter 6 having an official announcement, the obvious question comes up, when's Tekken? While Harada can't talk openly about it just yet, he pointed out that they were always careful not to overlap with releases date and announcements to avoid detracting attention from other fighting games. In this aspect, Street Fighter is always treated with respect as the series with a long legacy and great expectations.

Harada also said that fighting game creators would love to collaborate and create a game that would combine many different series. Something like King of Fighters, where all the companies in the fighting games industry could come together.

While any details about Tekken 8 remain a mystery and executives make it harder for creators to work together, it's still very reassuring that our favorite genre is in the hands of capable and passionate people!