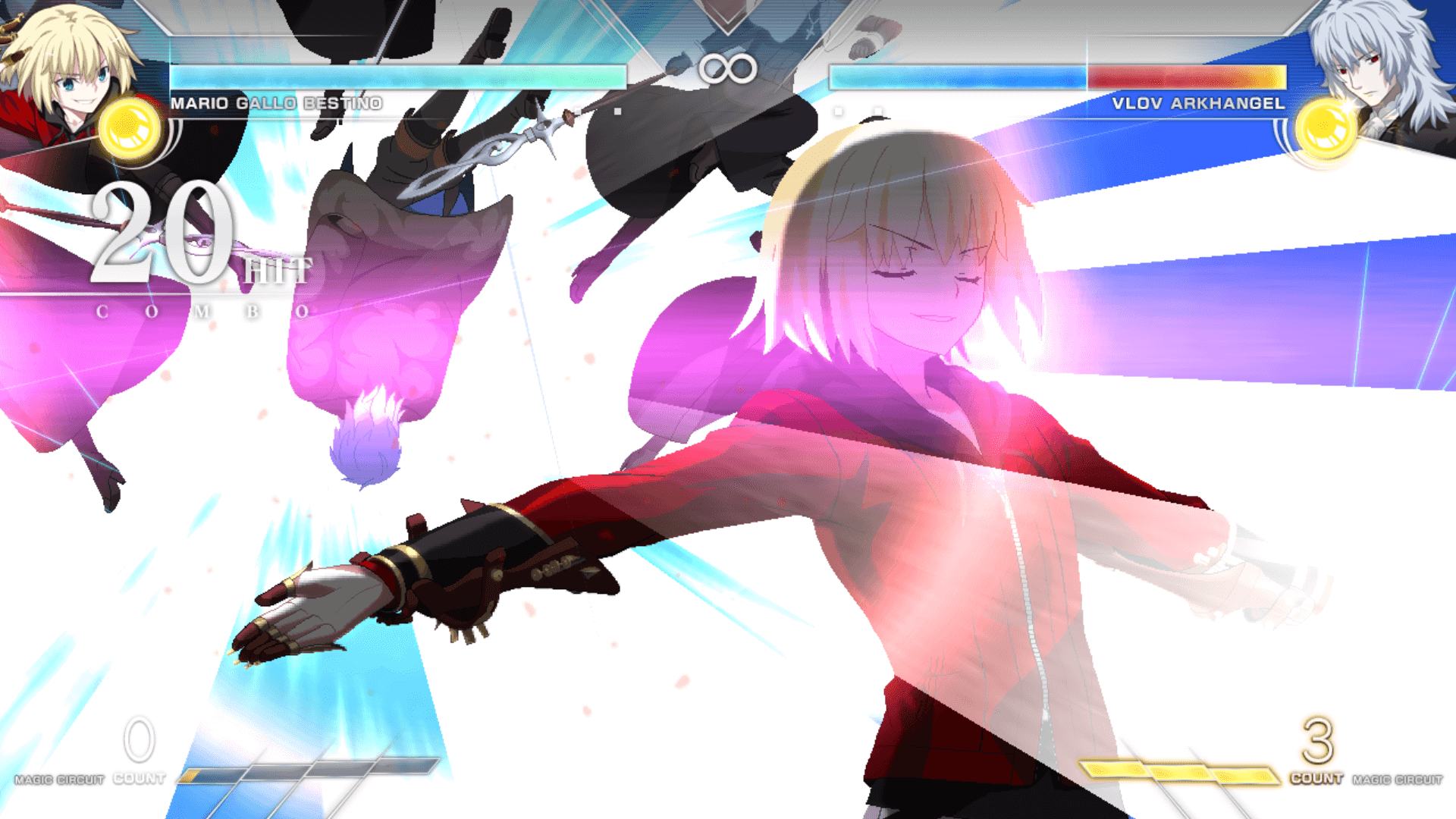 #News
The new changes are bound to shake up the gameplay

The day is finally here. Type Lumina has released the patch that adjusts many system mechanics and character balance. Two new characters were also released, Powered Ciel and Mario Gallo Bestino. You can get these characters completely free by heading to the Melty Blood: Type Lumina steam page and downloading the DLCs.

One of the main takeaways from the patch is the adjustment of the shielding mechanic. The current changes increase the recovery after using a shield, increase the hitstop during a successful shield, disable holding shield after a whiff cancel, and make it possible to cancel non-reversal EX moves into the shield. This makes the shield weaker overall while also increasing the potency of EX moves.

When it comes to character balance changes, things get more polarizing as the majority of them buff the entire cast. You can see more specific changes by following this link.