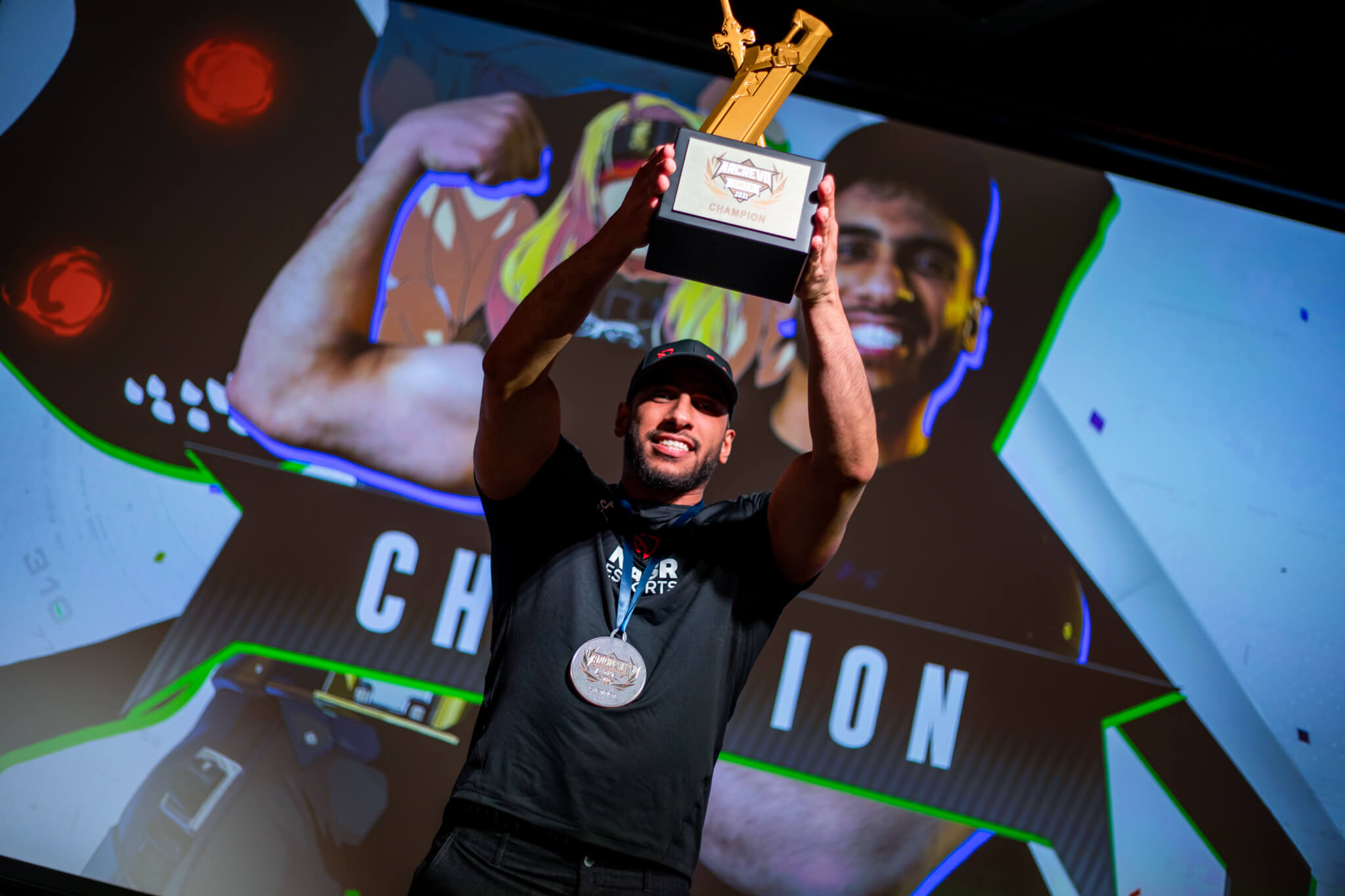 Twitter/Guilty Gear Official
#News
The Saudi national was in irresistible form as he won the tournament at a canter, beating everyone in his path

The Arcrevo EMEA finals were held over the weekend and it was NASR's Latif that came out as the winner of the entire event. His win was remarkable due to the relative ease with which he used to do it. Pitted against Skyll in the Grand Final, Latif went on to win 3-0. In his entire journey through top 8, Latif lost only one fight to Uriel_Legion.

Skyll for his part did the best he could. After falling out of the winners' side against Uriel_Legion in the very first game in top 8, Skyll fought his way through the losers' bracket till he came up against Uriel_Legion again in losers' final. There he was able to exact his revenge and move on to grand finals where he was defeated by Latif.

So the top three of the tournament are:

The Arcrevo EMEA finals took place in Lyon, France with the winner guaranteed to win $10000.

Latif's win gives him bragging rights as the best Zato in the region. This is also helped by his recent win in the EMEA Strive Cup where he led his country, Saudi Arabia, to victory over the United Kingdom.

The EMEA Arcrevo tournament started in 2021 with a huge player base looking to play. the excitement for this one was a lot considering all the hype the game had received over the last 9 months. It'll be interesting to see how visible the tournament will be for its next edition.