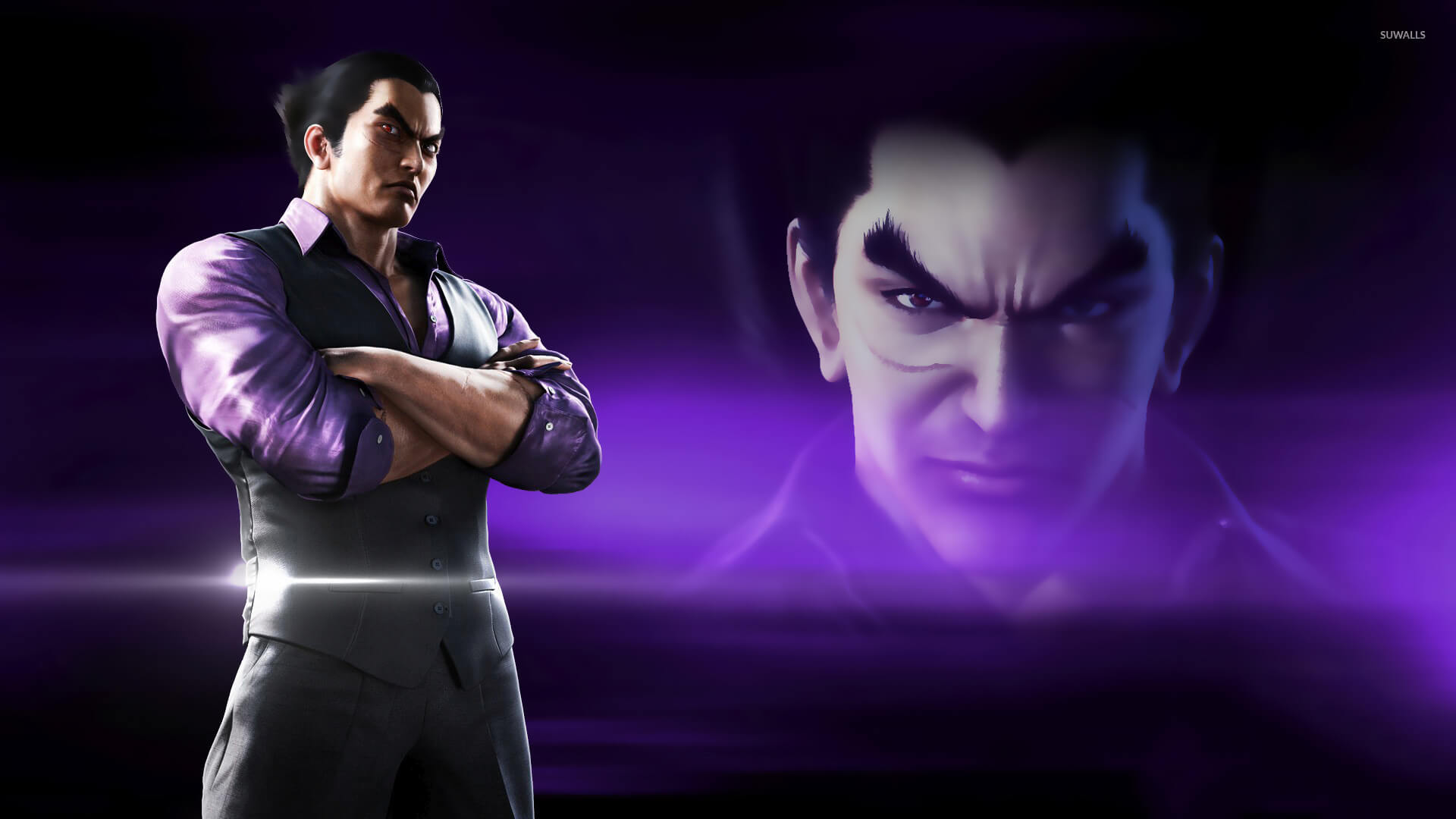 hipwallpaper.com
#Guide#Evergreen
You can also use holy water. But this is no answer to how to beat devil Kazuya in Tekken 7
TEKKEN 7 how to beat Kazuya by TazzTheRager

Final Battle Open part of the Tekken 7 Story mode is probably the most important in the whole campaign.

In this duel, you fight for Heihachi against Kazuya and Devil Kazuya. To win, you will need to go through several stages of transforming Kazuya into his evil form. You can find out how to do this below.

The first phase of the fight is a duel Heihachi vs Kazuya, in which there is nothing difficult. Just attack your opponent with your favorite combos and punches and you are 99% likely to pass this stage.

The second phase begins when Kazuya's third eye opens - the laser. With its help, he can attack you from a long distance. Sounds dangerous, but if you sidestep every time you see preparations for the "third eye"  it won't hurt you. Then quickly approach and attack with selected combos. Again, there is a 99% chance of winning.

After the second mini win, there starts Tekken 7 devil Kazuya fight. At this point, his hp level becomes full again. He continues to shoot beams from his forehead. Dodge his ranged attacks, block melee ones, but it's best to attack yourself. The sooner you defeat him, the better.

After winning the third phase of Tekken 7 final battle, the last, most difficult phase of the battle begins. When it starts, you get very low health, and devil Kazuya's attacks become more powerful and very difficult to stop. The opponent becomes aggressive, and you need to be very careful in your choice of attacks and not submit yourself to his counterattacks.

Dodge as often as possible, come to close range (so as not to get hit by lasers from the forehead), and attack with the most powerful combos and as quickly as possible. And you will definitely win the Tekken 7 final boss. Maybe not at the first try, but everyone has a tough day.

In Tekken 7, Heihachi vs Kazuya fight is tough, but intresting.

Hope you enjoyed our Tekken 7 how to beat devil Kazuya guide.

Also, If you can’t defeat Kazumi in Tekken 7 Arcade mode, just click here.  Do you have any problems with Akuma in the Tekken 7 story mode? Click to solve them!