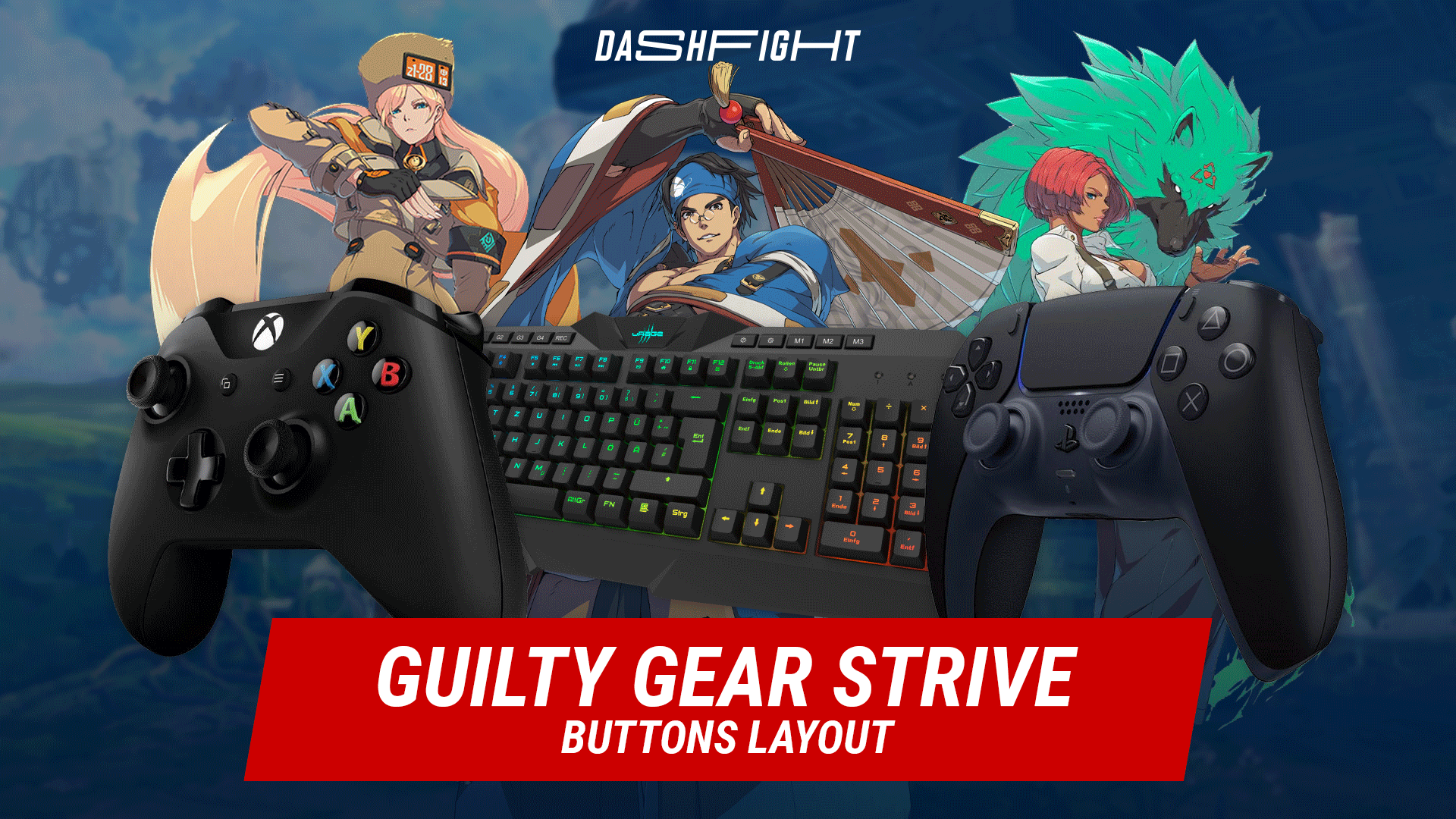 #Guide#Evergreen
Even if you are new to the numpad system, or a harden veteran of the scheme, this short guide will bring your gameplay to a new height
Swipe

The latest entry in the GG franchise uses ArcSystem's famous six-way movement scheme. In notation, it is also referred to as Numpad notation because moves can be directly translated to a keyboard's Numpad. This guide will go over the basic controls for controllers, the keyboard, and obviously, the good old classic fight stick.

From now on, we will be using notation to explain the game's controls; as such, it's a good idea for you to familiarize yourself with the Numpad system below, we'll do buttons after.

Walk: In order to move in GGST, you have to hold a direction, either 6 (right) or 4 (left). It is worth noting that when people list off combos or setups, 6 becomes "towards opponent" while 4 is "away from opponent". This is due to the relative direction of opponents.

Crouch: Holding 2 (down) will make your character crouch, and you can move will crouching by pressing 2 and either 6 or 4 together. This would read in notation as 3 (crouch forward) or 1 (crouch backward).

Dash: You can dash in both directions by pressing that direction twice, 44 or 66. If you dash Foward (toward your opponent) and hold the direction, then you will begin to run, though not all characters have this feature. In the case of dashing backward, there is a small invisibility frame when executing it, making it worthwhile to avoid specific attacks.

Jump: Pressing 8 (up) will make your character jump, like crouching. Adding either 4 or 6 to it will send your fighter in a jumping arc. In notation, that looks like 9 (jump forwards) or 7 (jump backward). Some characters can also make a second jump or dash after jumping.

High Jump: You can do a higher jump by crouching first. This jump can also be influenced by the directional elements, leading to a 29 style high jump (forward high jump) or even one that comes of moving crouches 17 (backward high jump)

Here comes the fun, the buttons for the different actions in GGST.

Special moves can be divided into two categories. Specials and Overdrives. Each character has their list of these. Special Moves always require a certain string of inputs to be done, but they are entirely free to do. They built up a Tension bar, and Overdrives can then use that to unleash powerful attacks.

By pressing any three attack inputs (or assigning it its input in the options) and using 50% of your Tension meter, you can do a Roman Cancel. A powerful mechanic that can turn any fight result upside-down. The Roman Cancels everything your character is doing and slows down everything on the screen, including your opponent, if it touches them. There are four types of cancels.

You can use Dust + any other attack input while blocking and at full Burst Gauge to do a Psych Burst. This move creates a shockwave that pushes opponents away and gives you a moment to re-center for an attack. Doing the same but in a neutral state will result in a Gold Psych Burst resulting in a much stronger effect and a full recharge of your Tension meter as well as invulnerability for its entire duration.