Free-to-play In Fighting Games: What, Why, and How 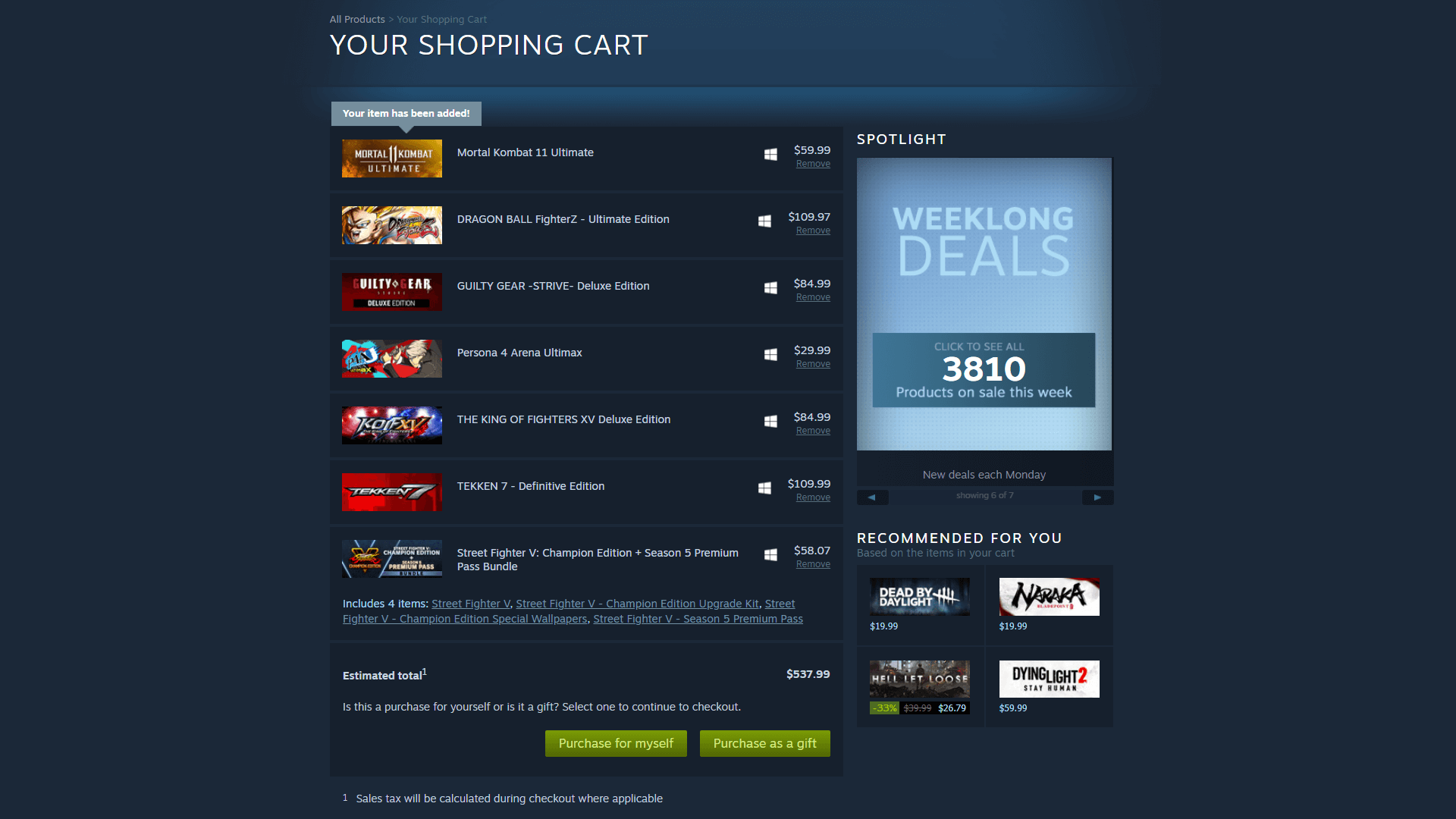 The free-to-play question became a hot topic in the FGC recently, let's see what makes it such a debated issue

The question whether fighting games can or should be F2P has been around for a long time. The reason why it’s brought up is always the same - we need more players. The challenge of getting into and learning these games is already a lot for new and casual players. Add a $60 price tag, plus whatever DLCs have been released, and it becomes a very hard sell.

However, this topic really exploded in popularity with the incredible success of Brawlhalla and, of course, the announcement of Project L, Riot’s fighting game based on the League of Legends. While it wasn’t officially confirmed, it’s a safe bet that Project L will be as free as the rest of Riot’s games.

The implications of Riot making a F2P fighting game are massive. While many fans of the genre remain skeptical, it’s plain to see that Riot has everything you could need to create a successful fighting game from an experienced team of passionate developers, to rollback netcode and strong marketing. If Project L is indeed a succes, it will set an example for the rest of the industry and change how fighting games are made.

However, it’s worth knowing why F2P is such a contested topic, for which we have to look back at the history of F2P fighting games, and the general concerns of this business model.

When it comes to other genres, there are plenty of examples of successful F2P titles, however, the history of F2P in fighting games is rather rocky one. We’ve yet to see a single fighting game that would truly “figure things out” with this business model. Let’s take a look at some of the biggest examples of F2P fighting games and figure out what they did wrong.

Tekken Revolution was one of the earlier attempts at introducing free-to-play in fighting games. Its model remains unique to this day.

The game tried to emulate the arcade experience and featured regenerating "coins" as a currency you would use to play either arcade or online modes. If you didn't want to pay for the premium gold coins, then you could at most play five online matches before having to wait for coins to regenerate.

However, with premium coins and tickets you would be able to keep on playing as long as you kept winning, just like in the arcades.

Tekken Revolution had its own bundle of issues like the weird RPG stats that could give players a massive advantage or absurdly powerful invincible attacks. However, when it came to the F2P model, the main downside was that you couldn't play the game properly without buying premium currency.

This had a collateral effect on new players as losing meant having to pay more to keep playing. With Tekken already having a steep learning curve, this only served to discourage them.

In the most recent Japanese Fighting Game Publishers Roundtable, Katsuhiro Harada outright stated that selling the game outright would be better than using this type of F2P model.

Fantasy Strike's F2P model was braver than most other attempts at F2P fighting games. You were given every single character for free and could play online as much as you want. In other words, the main aspect of all fighting games was free and easily available for anyone to play.

If you wanted to spend money on it, your options were either cosmetics, Core Pack, or the Fantasy+ subscription. The last two present special interest as they also added content and some quality of life features.

With Core Pack you gained access to Arcade Mode, local Versus, Survival, and Boss Rush while also gaining the ability to send invites and play with your friends. Subscription on the other hand offered extra cosmetics and allowed access to replay system.

Fantasy Strike remains to be one of the most generous F2P systems in fighting games but the few small limitations ended up being a big deal.

While it wasn't a deal breaker for many, it remains one of the most often cited downsides when it comes to Fantasy Strike's business model.

Killer Instinct initially launched with a single character you could play for free, Jago. Later down the line this model was changed one free character who would rotate every week.

While most of the characters had to be bought, players could permanently unlock Jago and Orchid by playing the Shadow Lords game mode.

Ken Lobb, creative director of first-party published Xbox One games at the time, has accurately described Killer Instict as the world’s most generous demo. It’s hard to call it more than that. The rotating character model gives players a chance to sample everyone and either buy the whole game or specific characters if they like what they see. Otherwise you will rarely get a chance to play character you actually want to play.

Like its predecessor, Dead or Alive 6 came out with a free-to-play version that had the subtitle "Core Fighters."

Players had access to most single-player and multiplayer content, except for only having the first chapter of the story mode and only four free characters that they could take online.

It's also worth noting that users could pick any character in the game for single-player modes and training, something that fighting games seldom allow.

Having four permanently free characters is better than rotating one every week, but ultimately, the Core Fighters model suffers from the same issue as Killer Instinct. Unless you enjoy and plan to main free characters, you will either stop playing or buy the whole game.

With examples like these, it's easy to see why some people are skeptical or outright don't believe in F2P model working out for fighting games.

However, free-to-play projects failing doesn't only push away fighting game players, it pushes away developers and publishers from a potentially beneficial business model.

How it could be done

Even though we don't have a single example of a traditional fighting game successfully adopting the F2P model, the failed attempts still teach us about the dos and don'ts.

Going off past attempts and successful free-to-play titles in other genres, what would a perfect F2P fighting game look like?

It’s not awfully complicated. To start with, interesting characters who do cool things are what attracted many of us to fighting games. Since everyone needs a character they like, the base roster needs to be either free, or the game should allow players to test out character early on and pick a few that they enjoy.

Riot has done something similar with League of Legends, where by the time players finish the tutorials, they will be able to choose a few characters who they deem interesting. They’ve repeated this practice in Valorant where new players can unlock two new characters very early on, before having to grind out the rest.

The other big concern of any F2P title is the competitive integrity, which is especially important for fighting games. Put simply, none of the monetization options should include things that give players an unfair advantage.

This even applies to cosmetic items. If you wonder how cosmetics can impact gameplay, look no further than Street Fighter V. While by no means “pay-to-win,” the game has many banned outfits, outfit colors, and stages, for providing players an unfair advantage. You can see some examples of this below.

Lastly, the incentive to throw money at the game shouldn’t come from ripping out basic features like with Fantasy Strike or mobile-game style limitations like in Tekken Revolution. Those things only serve to frustrate players, who would otherwise happily spend money on things like special effects, animations, or outfits.

Once we see a game that checks all of these points, we might get the first fighting game to successfully implement the F2P model. Riot’s Project L is the most likely candidate to achieve this. No matter how you feel about the game itself, it’s an intriguing prospect for the entire genre, an opportunity to get closer to the spotlight than ever.